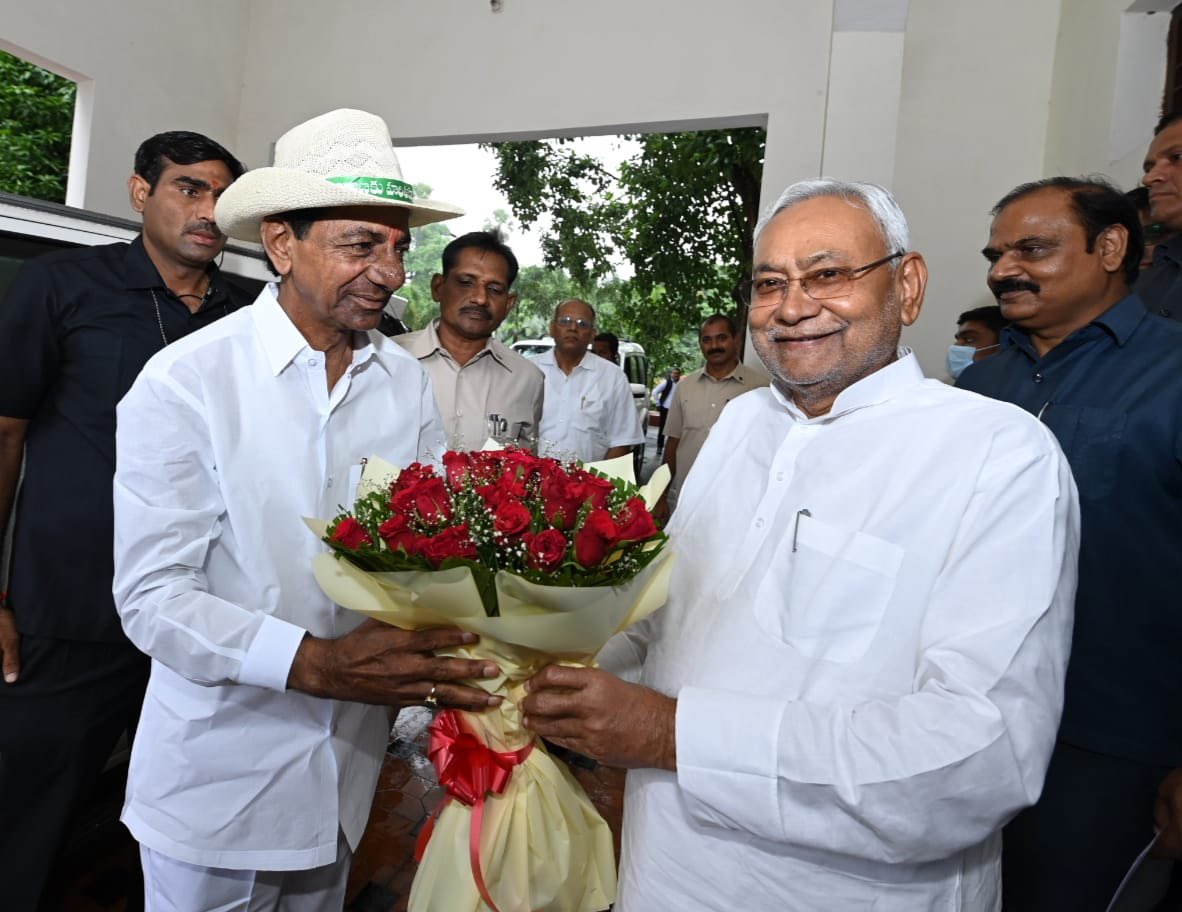 PATNA: Telangana Chief Minister K Chandrashekar Rao, who met his counterpart in Bihar Nitish Kumar, as part of efforts to forge opposition unity, on Wednesday called for a “BJP mukt Bharat”, blaming the saffron party’s government at the Centre for the many ills plaguing the country.

At a press conference he addressed in the presence of Kumar, whom he fondly called “bade bhai” (big brother), Rao skirted questions about who will lead a united opposition and whether the Congress will be taken on board.

Rao is one of the most vocal satraps opposed to the BJP.

“These things will be decided in due course. We are in no hurry”, said Rao, in reply to questions about the prime ministerial candidate and the role of the Congress, to which his Telangana Rashtra Samiti is bitterly opposed.

He blamed the Narendra Modi government for “capital drain”, a term he coined rhyming ‘brain drain’ to underscore that businesses were withdrawing their money from the country because of the Centre’s policies.

Rao also flayed the Modi government for having brought in the “Agnipath” scheme for recruitment in the armed forces “without consulting any of the opposition parties”.

The TRS chief, who is popularly known as “KCR”, also slammed the Centre for going on a privatisation spree and showing indifference towards states’ concerns, citing the example of “turning down” Bihar’s demand for special category status.

KCR also ridiculed Modi for having uttered “Ab ki baar Trump sarkaar” during a visit to the US many years ago, calling it a “diplomatic blunder”.

To a pointed query about whether the Bihar CM, who dumped the BJP earlier this month, could be considered as the prime ministerial candidate of the opposition, KCR evaded a direct reply but said “Nitish Kumar is among the senior-most and best leaders in the country. We will decide these things later”.

In this article:Bihar, KCR, Nitish Kumar