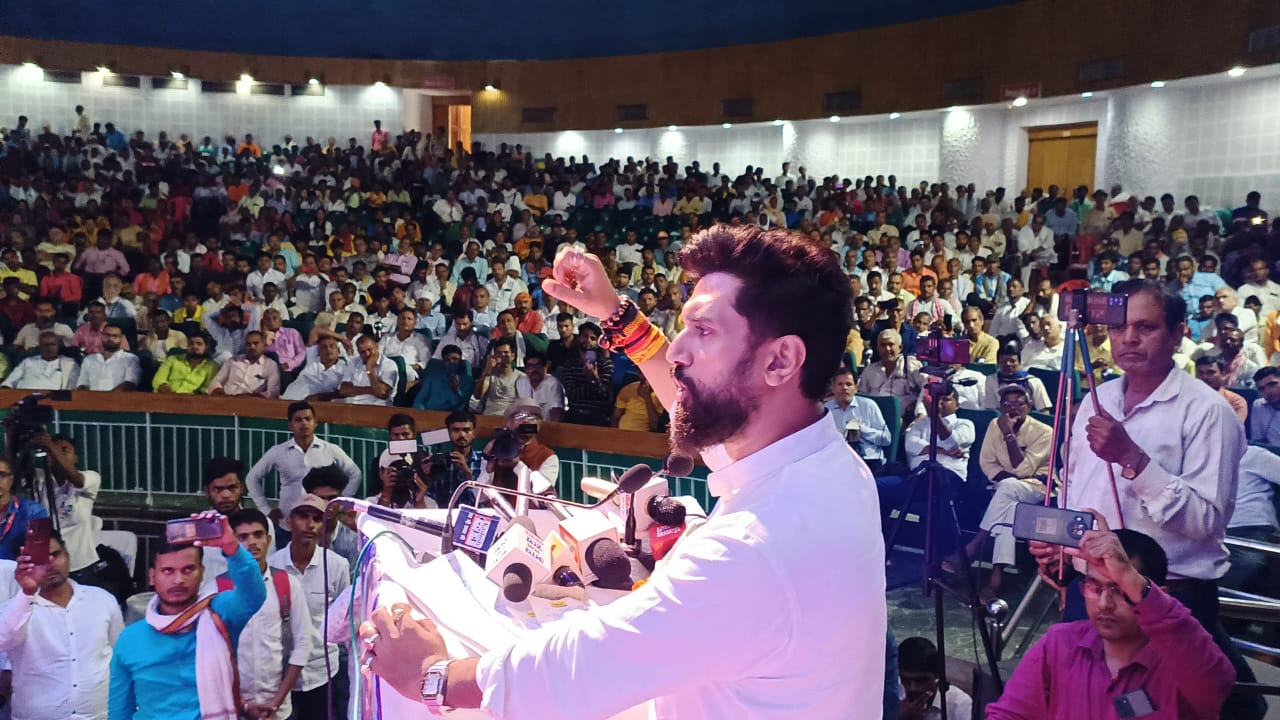 PATNA: Former Lok Janshakti Party president Chirag Paswan on Monday asserted that he will not be part of any coalition which included Pashupati Kumar Paras, his rebellious uncle who is enjoying a cabinet berth at the Centre.

Paswan made the comment in response to queries about speculations that he might “return” to the NDA following the exit of his bete noire, Bihar Chief Minister Nitish Kumar.

The young leader who is fighting to retain the legacy of late father Ram Vilas Paswan, however, cryptically added that he was not ruling out the possibility of siding with the RJD which has now aligned with Kumar since “alliances have lost their sanctity in Bihar. You can tie up with one party before polls and join hands with another after elections”.

“One thing is clear that I can never be part of any coalition that has my uncle in it”, Paswan told PTI-Bhasha over phone when his comments were sought on speculations in a section of the media that following the exit of Kumar, who is the de facto leader of the JD(U), the BJP might try to woo back the young leader.

Paswan has been a self-confessed admirer of Prime Minister Narendra Modi and had rebelled against the JD(U) in the 2020 assembly polls in the state, claiming that he wanted to dislodge Kumar from power and help the BJP form its own government.

The BJP, however, stuck with Kumar and appeared to have dumped Paswan when Paras, armed with support of most LJP MPs, split the party floated by the late Ram Vilas Paswan and got inducted into the Union cabinet.

The party has, however, been sending out mixed signals with regard to the young Jamui MP whom it had invited to an NDA meeting recently during the Presidential elections.

Paswan was also asked whether the RJD, for which he had of late been showing a soft corner, was now out of bounds given its tie-up with Kumar.

“In Bihar, alliances have lost their sanctity. You can ally with one party before elections and have a tie-up with another later. Every political party is taking decisions with regard to its own interests. I would like to do the same for my party”, said Paswan whose splinter group has come to be recognised as a new party called “Lok Janshakti Party Ram Vilas”.

“As far as Nitish Kumar’s presence in Mahagathbandhan is concerned, nobody can say how many parties will remain in the huge coalition when the state goes to polls next”, added Paswan.