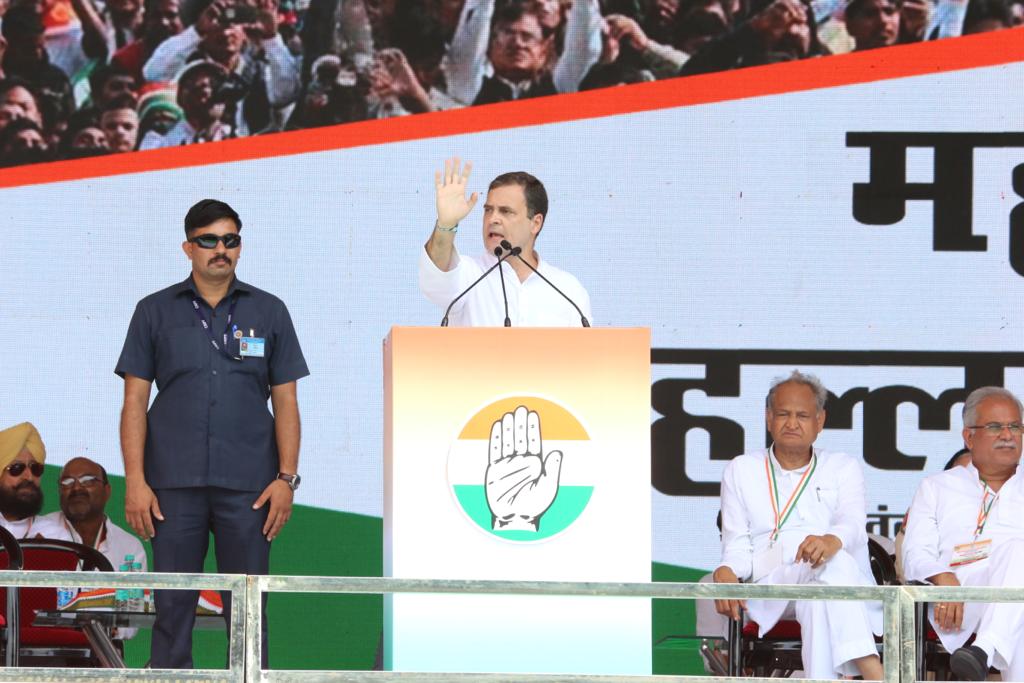 NEW DELHI: Former Congress president Rahul Gandhi on Sunday accused Prime Minister Narendra Modi and the BJP of weakening the country by spreading fear and hatred, and said only the Congress can unite the country and take it to the path of progress.

Congress party and Shri @RahulGandhi have always stood with citizens of the country, raised their voice and fought their fight and will continue to do so till the tyrannical forces ruling the nation today get defeated. #महंगाई_पर_हल्ला_बोल_रैली pic.twitter.com/AKfEsOmiCH

Launching an all out attack on the Modi government at the ‘Mehangai Par Halla Bol’ rally at Ramlila Maidan here, he said the government has shut the path of the Opposition from speaking in Parliament, and the “only way for us is to talk directly to people and tell the truth of the country to people and hear them out”.

He said this is precisely why the Congress party is starting the ‘Bharat Jodo Yatra’ which will help talk directly to people and discuss their issues.

Accusing Modi, the BJP and the RSS of spreading fear and hatred, and weakening the country, the Congress scion said it will not benefit India, but China and Pakistan.

“Ever since the BJP government came to power at the Centre, hatred and anger has been increasing in the country. There is pressure on institutions such as media, judiciary, Election Commission, and the government is attacking all of them,” Gandhi said at the ‘Mehangai par halla bol’ rally.

“Only two industrialists are benefitting from this hatred and fear being spread in the country and the BJP is working for their benefit,” Gandhi said.

“The fear of inflation and unemployment is increasing in the country, and due to this, hatred is rising. Hatred does not benefit the country, but it only weakens the country,” he said to a loud applause.

The Congress leader also highlighted the plight of people facing lots of hardships due to price rise and unemployment, and said when the opposition tries to raise their voice in Parliament, the Modi government does not allow it to do so.

The country’s situation is such that even if it wants, it cannot give jobs to its youth, he said.

Gandhi also alleged that the three ‘black farm laws’ were brought in not to help farmers, but to benefit few industrialists.

The former Congress chief said the ‘Bharat Jodo Yatra’ is important as the party has to go directly to people and tell them the truth about the country and where the nation is headed.