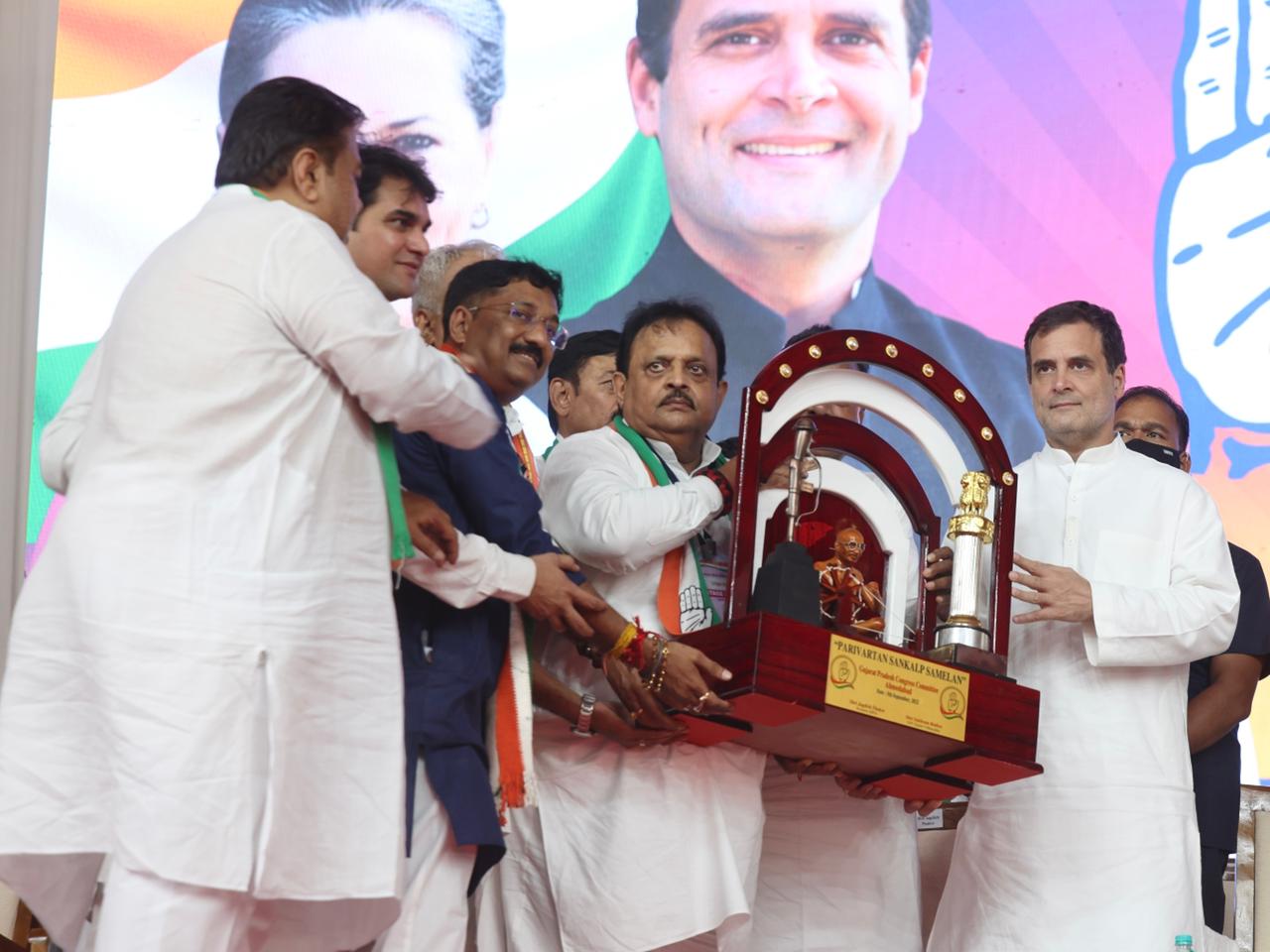 NEW DELHI: Congress leader Rahul Gandhi on Monday promised loan waiver of up to Rs 3 lakh to farmers of Gujarat, LPG cylinder at Rs 500 instead of Rs 1,000, free electricity to farmers and up to 300 units of free power to general consumers if his party comes to power in the state.

Addressing the Congress’s booth-level workers at the ‘Parivartan Sankalp Rally’ at the Sabarmati riverfront in Ahmedabad, Gandhi made a host of promises to people of Gujarat, where the Assembly polls are due later this year.

He said the Congress will focus on employment in Gujarat and will provide jobs to 10 lakh youth.

Gandhi targeted the ruling BJP, claiming that while it built the world’s tallest statue of Sardar Vallabhbhai Patel in Gujarat, it worked against those for whom Patel lived and died for.

The Gujarat Assembly elections are due in December this year.

Earlier, the Arvind Kejriwal-led Aam Aadmi Party (AAP) had also announced a number of sops and promised freebies if it comes to power in Gujarat.

Addressing the rally on Monday, Gandhi said, “The BJP government here will waive loans of top industrialists, but have you ever heard that they have waived loans of farmers? I promise to waive loans of up to Rs 3 lakh of each farmer after we come to power in Gujarat.” He also promised to provide people LPG cylinder at Rs 500 instead of its current price of Rs 1,000.

Gandhi also promised free electricity to farmers and up to 300 units of free power to general consumers if the Congress comes to power in the state.

He claimed the BJP on one hand built the world’s tallest statue of Sardar Patel, on the other hand it insulted him.

Three agricultural laws — which were later repealed by the Narendra Modi government — were meant to take away the rights of farmers, he said.

“Farmers from across the country came out on roads, and the BJP says it fights for the rights of farmers. On one hand they built the tallest statue of Sardar Patel, and on the other hand they have attacked all those for whom Sardar Patel fought and sacrificed his entire life. What is the meaning of the statue?” he wondered.
Gandhi claimed the BJP in Gujarat has captured all the institutions, and the fight here is not between two political parties but with every institution which has been captured by the ruling party.

He also attacked the government over the recent seizure of large amount of drugs, especially from Gujarat’s Mundra port, and claimed the Gujarat model is that of the rule of three-four industrialists.

“The government will give these industrialists as much land as they want within two minutes. But when the poor and tribals request for a little portion of land with folded hands, they will never get it,” he said.