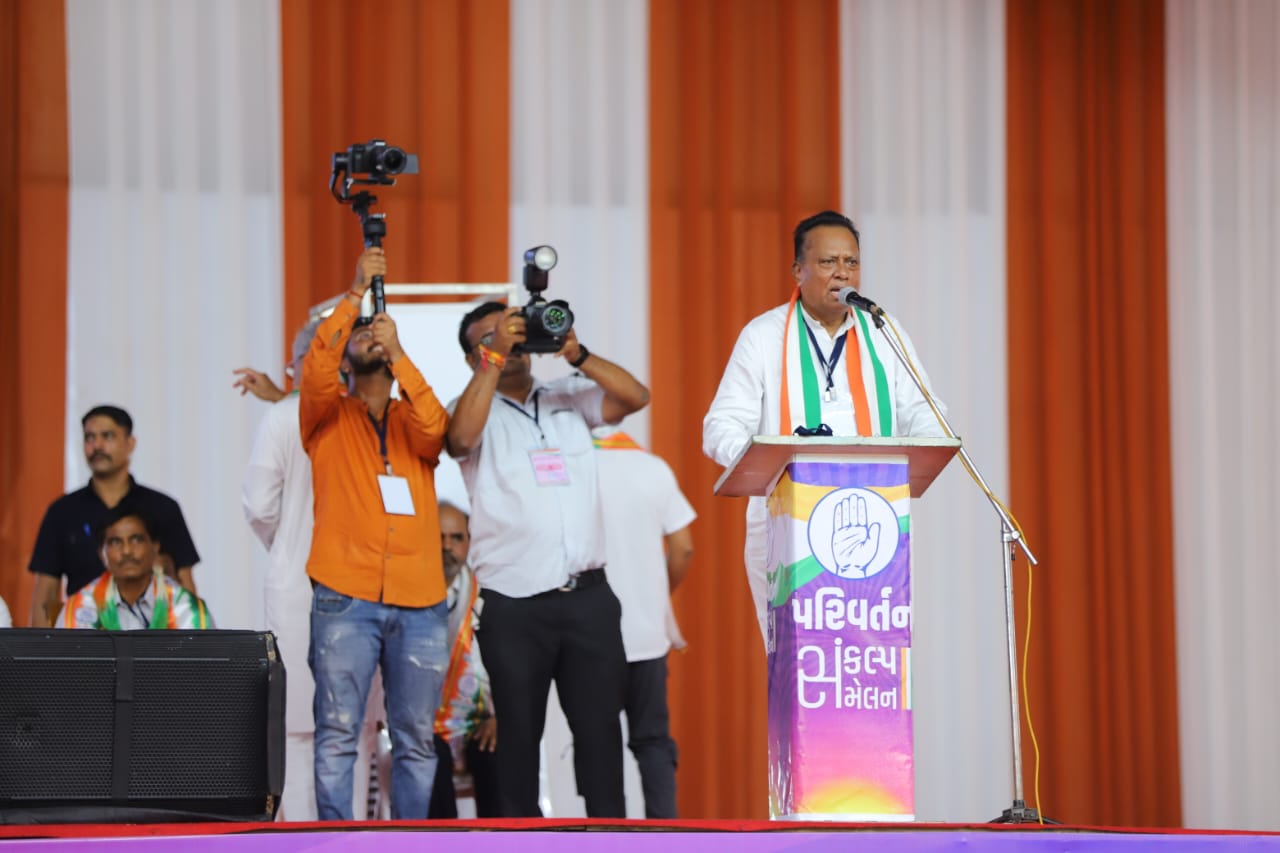 AHMEDABAD: Struggling to protect its shrinking footprint in Gujarat and facing aggressive AAP, the Congress has called for biodata of the people keen to contest the upcoming Assembly polls but exempted the sitting MLAs from this condition, a senior leader said on Wednesday.

The priority in ticket distribution will be given to youth, women, and those with a clean image, he said.

The Congress is expected to announce its first list of candidates by September-end.

The aspirants will have to submit their bio-data to the respective district party offices before September 12, state Congress president Jagdish Thakor said.

As decided in the meetings conducted by the Gujarat unit’s screening committee on Tuesday, the district units are required to submit these bio-data to the party headquarters before September 15, after which the screening committee can initiate further deliberations to finalise the candidates, Thakor told reporters here.

“Gujarat Pradesh Congress Election Committee will meet on September 18 to shortlist the probable candidates after scrutinising these bio-data. A panel of candidates will be prepared for each constituency. On September 21, 22, and 23, our screening committee will hold meetings with state party leaders to finalise candidates,” said Thakor.

Before approving the list of candidates, the AICC-appointed screening committee for Gujarat headed by Kerala MLA Ramesh Chennithala will also hold discussions with zonal and Assembly in-charges, Lok Sabha in-charges, and other senior party office-bearers over three days beginning September 21.

“Sitting MLAs are not supposed to submit any biodata. They are in the race (for renomination) by default. Congress will give priority to youth, women, and those with a clean image. This was also decided in the screening committee meeting. Probable candidates must not bring supporters when they are called by the committee,” said Thakor.

He warned that the party may consider rejecting the claim of a candidate if he tries to pressurise the leadership by bringing supporters along.

The All India Congress Committee in August constituted a three-member screening committee to shortlist the candidates for the Gujarat polls, due in December this year.

Chennithala has been appointed as the committee’s chairman and Maharashtra Congress leader Shivajirao Moghe and former Delhi MLA Jai Kishan are its members.

Apart from Jagdish Thakor, Gujarat Congress in-charge Raghu Sharma and Leader of Opposition Sukhram Rathva are the ex-officio members of the screening committee.

The meeting held on Tuesday also decided to form “damage control committees” from the district to the AICC level to address the issues which normally arise before and after the distribution of tickets, said Thakor.

The Congress had improved its tally to 77 in the 2017 Gujarat elections by restricting the ruling Bharatiya Janata Party (BJP) to 99 in the 182-member Assembly.

However, many MLAs of Congress defected to BJP over years.

The entry of Arvind Kejriwal-led Aam Aadmi Party (AAP) in the bipolar politics of Gujarat threatens to influence the poll outcome to certain extent.

AAP national convener Arvind Kejriwal has declared multiple “guarantees” including allowances for women and the unemployed, free and quality education and healthcare, and free power upto 300 units among others.

The AAP has so far announced three lists of 29 candidates for the Gujarat polls.

Kicking off Congress’ campaign in Gujarat, senior leader Rahul Gandhi on Monday promised free electricity to farmers, crop loan waiver, creation of 10 lakh new jobs and an LPG cylinder at Rs 500 if his party is voted to power in the state.