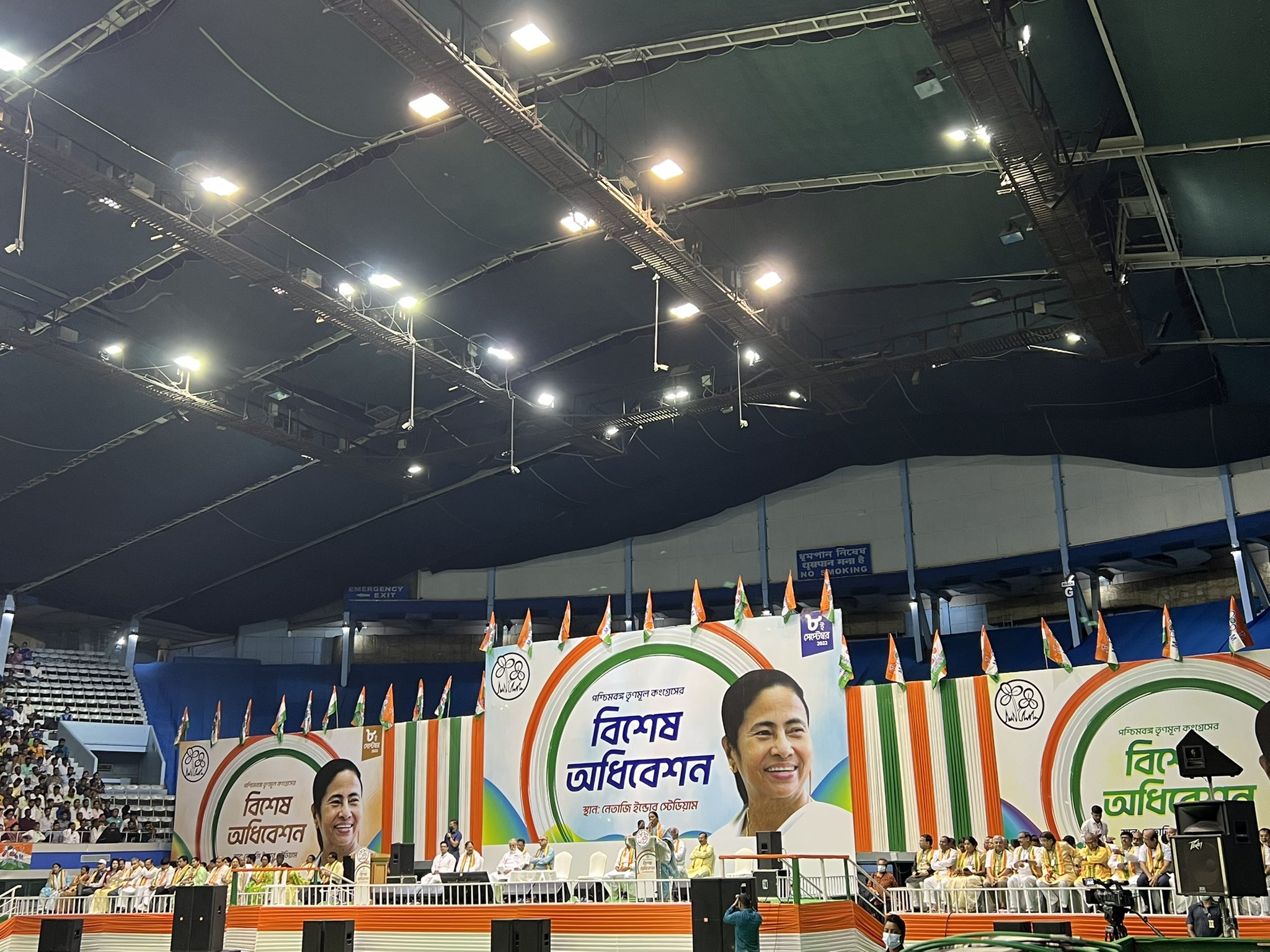 KOLKATA: West Bengal Chief Minister Mamata Banerjee on Thursday said she and her counterparts in neighbouring Bihar and Jharkhand will join hands with several other opposition parties to oust the BJP from power in the 2024 Lok Sabha polls.

While addressing a party programme here, Banerjee, also the Trinamool Congress supremo, claimed that the BJP would face a rout because of its arrogance and people’s anger.

I, Nitish Kumar, Hemant Soren and many others will come together in 2024. All opposition parties will join hands to defeat the BJP. All of us will be on one side and the BJP on the other. The BJP’s arrogance of 300 seats will be its nemesis. There will be Khela Hobe’ in 2024, she said.

‘Khela Hobe’ (game is on) had been the battle cry of the TMC during the high-octane Assembly polls last year, in which the party defeated the BJP to storm back to power for the third consecutive term.

Banerjee claimed that the arrest of Jharkhand MLAs with hordes of cash by Bengal police recently stopped the horse trading in the neighbouring state and prevented the fall of the Hemant Soren government.

Three Congress MLAs of Jharkhand were arrested after their vehicle was intercepted at Panchla in West Bengal’s Howrah district on July 30 and nearly Rs 49 lakh in cash was found in the car. They claimed that the money was meant for buying sarees for an Adivasi festival in their state.

The Congress, which is a part of the JMM-led government in Jharkhand, has claimed that the BJP was trying to topple the Hemant Soren government by offering Rs 10 crore each and ministerial berth to the MLAs.

The BJP thinks they can threaten us with CBI and ED. The more they pursue such tricks, the more they will get closer to defeat in next year’s Panchayat election and 2024 Lok Sabha polls, she said.

She slammed the opposition, especially the BJP, and a section of the media for allegedly unleashing a malicious campaign against her and her party leaders following the arrest of senior leaders Partha Chatterjee and Anubrata Mondal by central agencies in different cases.