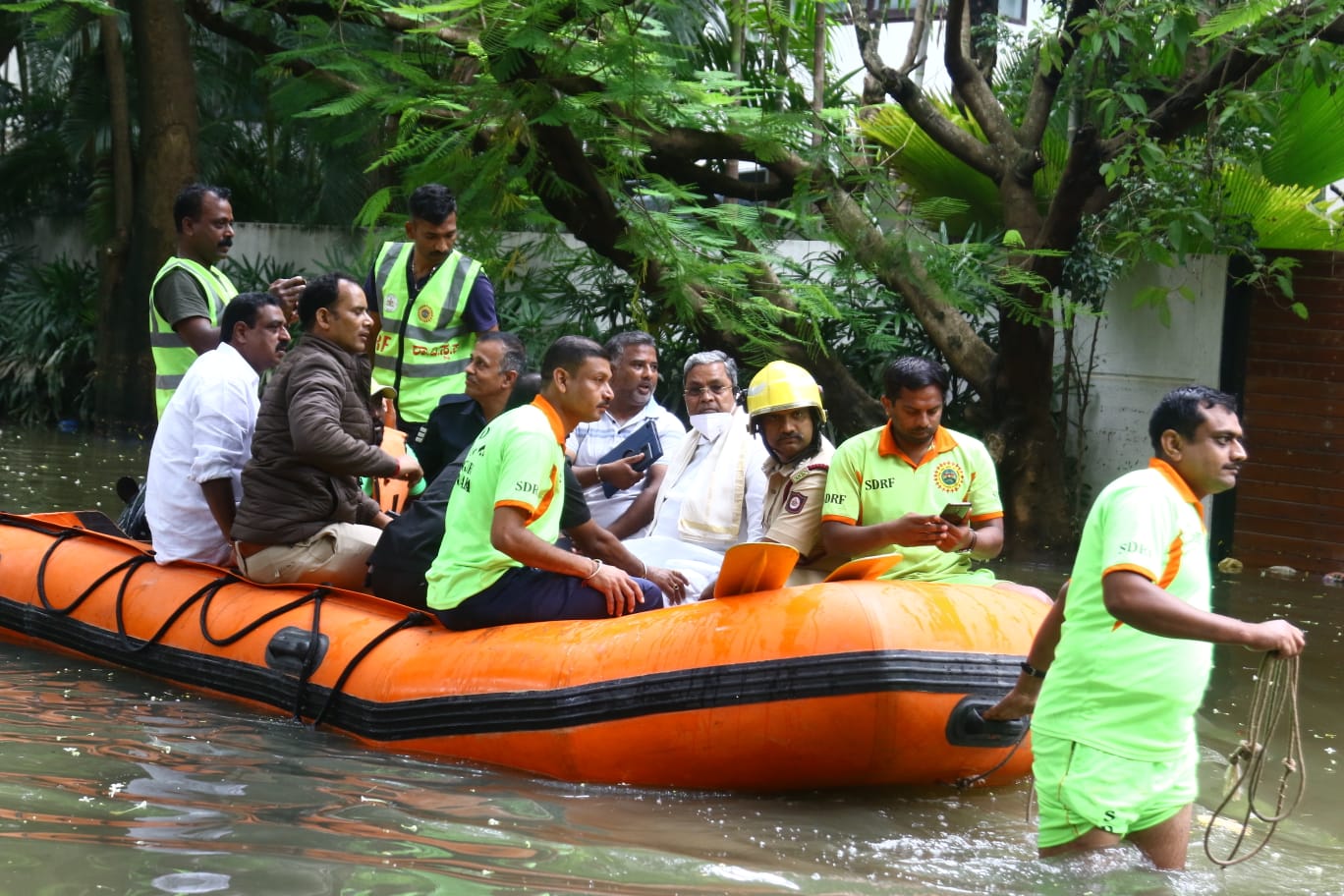 BENGALURU: Senior Congress leader Siddaramaiah on Thursday took a boat ride to the water-logged Ecospace layout near Bellandur lake here and spoke to the residents there to understand their problems.

Flanked by the State Disaster Response Force (SDRF) personnel and the members of fire and emergency services, the Leader of Opposition in the assembly visited areas that were submerged after two days of heavy downpour in the city and interacted with the distressed people.

Later, in a tweet, he said, Today I visited waterlogged Ecospace on Bellandur ring road in Bellandur, listened to the problems faced by the residents there, and assured them to talk to the government to find a permanent solution to the problem. The former CM also met the family members of the 23-year-old woman who was electrocuted to death three days ago in the city. The incident had caused outrage among the denizens.

The people of ‘Silicon Valley of India’ suffered because the BJP government in the state failed to desilt lakes or clear encroachments on water bodies and their feeder canals in the last three years, he alleged in a statement.

“People are suffering because of the carelessness of the government. It is justified that the people of the city are rebuking the government for being irresponsible in giving compensation to those who lost their lives due to rain and flood,” the Congress stalwart said.

Meanwhile, water receded in Epsilon, the gated community of billionaires, including Rishad Premji near Nagawara Lake.

Vinod Kaushik, the Chief Executive Officer of a construction startup told PTI that water has receded and now the residents of Epsilon have the task to clean up their houses which is now filled with slush.

The areas, which were inundated following the unprecedented rains, slowly limped back to normalcy after the water receded.

In this article:Bengaluru, Floods, Siddaramaiah