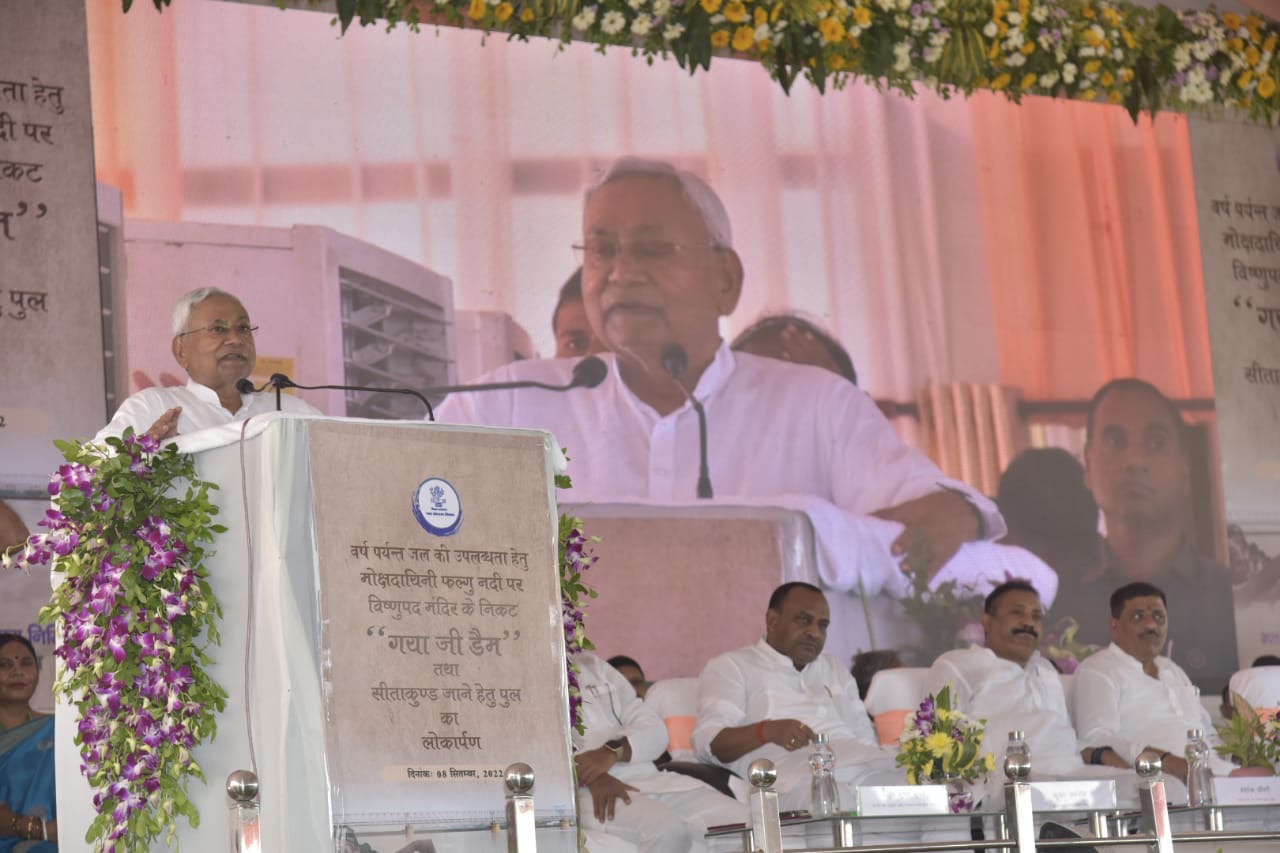 PATNA: Chief Minister Nitish Kumar on Thursday rubbished the BJP’s jibe that ‘Jungle Raj’ (lawlessness) has returned to Bihar with the Mahagathbandhan (Grand Alliance) government coming to power, and asserted that there is ‘Janta Raj’ (people’s rule) in the state.

“Stray incidents are not a reflection of the overall law and order situation in the state. What Jungle Raj? Maintaining law and order has been the priority of our government. There is Janta Raj,” Kumar said when asked about the saffron party’s jibe.

Attacking senior BJP leaders in the state, he said such comments do not affect the government as it is committed to working for the people of Bihar.

“If Sushil Modi (former deputy CM) or Sanjay Jaiswal (state BJP chief) criticise me, they may get plum posts in the party or the central government,” he said.

Asked about his prime ministerial aspirations, Kumar said he is neither a claimant nor desirous of the post.

Taking a dig at the Centre’s decision to rename the historic Rajpath in New Delhi as ‘Kartavya Path’, Kumar, without taking names, said, “What was he doing when the country was celebrating the 75th year of Independence? It should have been named after Bapu. The BJP’s only task is to create disturbance in the society.”

Earlier in the day, Kumar inaugurated India’s longest rubber dam ‘Gayaji Dam’ on Falgu River and a steel foot over bridge for the convenience of devotees who visit Gaya during Pitripaksha Mela to pay homage to their ancestors.

“I am happy the dam has been completed ahead of its deadline and before the Pitripaksha Mela which starts on Friday,” he added.

The dam, one of ambitious projects of Kumar, will allow the presence of at least two feet of water in Falgu River throughout the year.