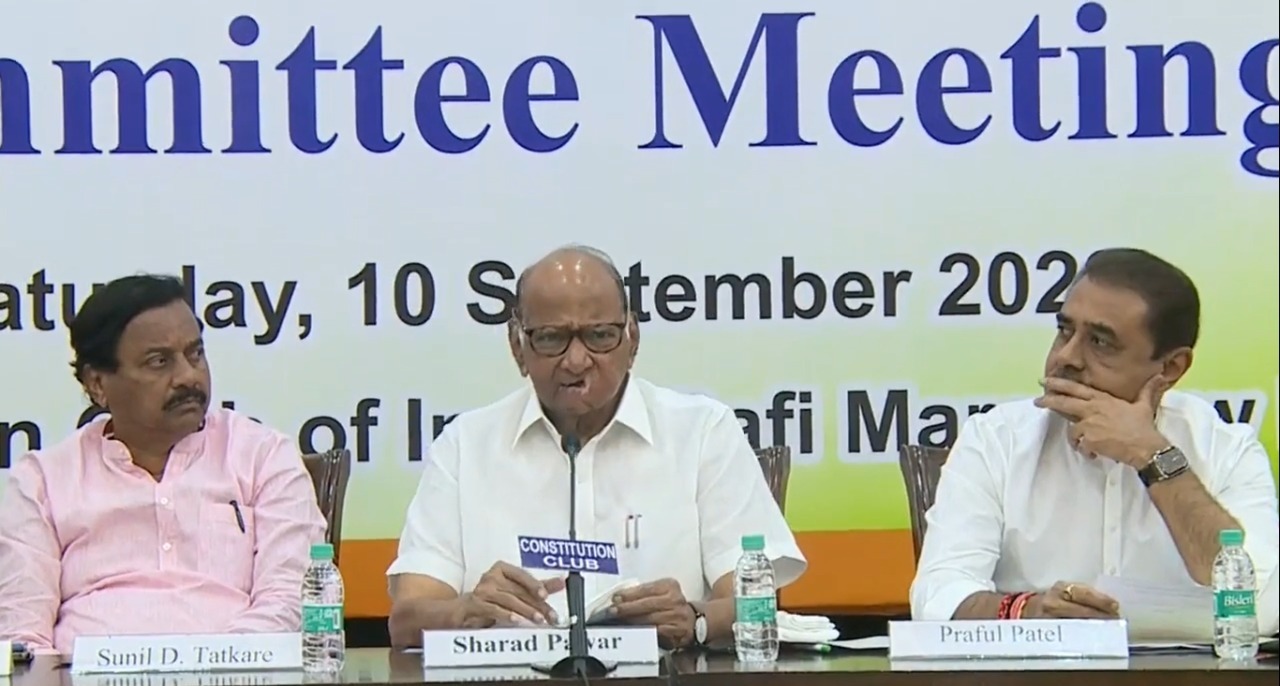 NEW DELHI: Ahead of the next round of assembly elections, the NCP on Saturday gave a clarion call for unity of anti-BJP forces and said that party chief Sharad Pawar would play an important role in this regard. The extended working committee of the Nationalist Congress Party (NCP) also re-elected Pawar as the national president of the party.

Addressing the extended working committee of the NCP here, Pawar alleged that the Modi government was “anti-farmer” and had also “failed” to tackle the issue of unemployment. He also slammed the BJP over the release of convicts in the Bilkis Bano gangrape case.

“I am surprised that the prime minister speaks of upholding the dignity of women and two days later the BJP government in the prime minister’s home state reduced the sentence of those who committed atrocities against Bilkis Bano and her family,” Pawar said.

The veteran leader said that farmers were looking forward to getting a good price for their paddy crop, but the government has imposed a 20 per cent export duty on rice and banned the export of broken rice.

“The nation is in deep anguish and we will have to take up these issues vigorously at every forum,” Pawar said.

A draft political resolution moved during the meeting called for the unity of like-minded parties to fight against the BJP and its allies.

“Sharad Pawar has played an important role in bringing together these parties and putting up a united front to counter the NDA. We must strengthen this resolve and work towards the goal of opposition unity and make sure we achieve this successfully,” the political resolution read.

Speaking on the political resolution, senior NCP leader Praful Patel said leaders across the political spectrum seek Pawar’s counsel on issues of national importance and the veteran leader will play a key role in shaping the politics in the coming times.

Addressing the meeting, senior NCP leader P C Chacko slammed the Congress for remaining in the old mindset and failing to recognise the changed political scenario.

Chacko, a former Congress leader, said the Congress cannot win a single panchayat election in Uttar Pradesh and only Pawar could bring all opposition parties together.

Assembly elections are due in BJP-ruled Gujarat and Himachal Pradesh in December, while nine other states, including Rajasthan and Karnataka, will go to polls next year.

Bihar Chief Minister Nitish Kumar and West Bengal Chief Minister Mamata Banerjee have also had talks with Pawar and the leaders have been pitching for opposition unity to take on the BJP.