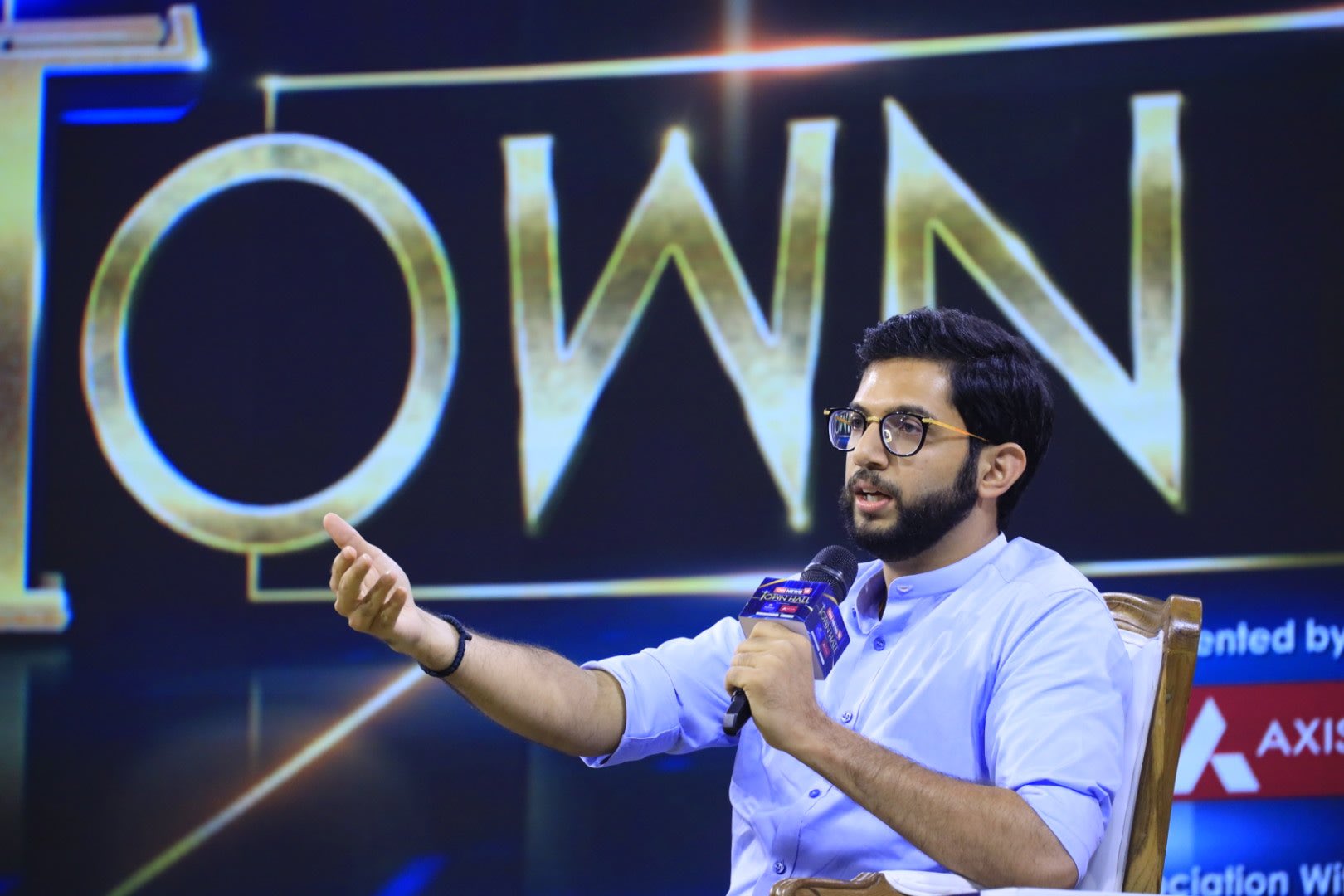 Speaking at an event, the Worli MLA hinted that housing, quality education, healthcare, roads, and public transport will be the “focus areas” of Shiv Sena in the upcoming elections to the Mumbai civic body.

Why did you backstab us when we gave you everything and why have you not resigned yet to face elections as it happens in a democracy, the former state minister asked while speaking at the CNN-News18 Town Hall on Saturday night.

Aaditya dismissed claims by the dissidents that he and his father Uddhav Thackeray, who was the chief minister in the erstwhile Maha Vikas Aghadi government, remained inaccessible. He also denied that Shiv Sena’s succession plan was meant to favour him.

I have always been around. I was allotted the portfolios (Environment and Tourism) that no one opts for otherwise. But when you have ambitions and pressure that can’t be spoken of, you jump the ship, he said.

The rebellion by Shinde and 39 of the 55 MLAs of Shiv Sena led to the collapse of the tripartite MVA government led by Uddhav Thackeray in June this year.

They (rebels) shifted the goalpost left, right and centre. They blamed our allies (NCP and Congress) for ruining their political fortunes. They spoke about Hindutva…. Tomorrow they may blame me for wearing a blue shirt every single day, Aaditya said.

He challenged the Shinde camp and the Bharatiya Janat Party (BJP), which is part of the Eknath Shinde-Devendra Fadnavis government, to face elections immediately.

Let’s face the BMC election now, no problem. Resign and face elections. We will accept the public mandate. Mumbaikars know what we have done for the city during the COVID-19 pandemic, he said.

The BJP has launched an aggressive campaign for the upcoming Brihanmumbai Municipal Council (BMC) elections against the Shiv Sena, which has been ruling the civic body for over two decades.

Listing the works done by the then Uddhav Thackeray government, Aaditya said: The Hindmata region and Gandhi market area in Mumbai did not flood this year (in monsoon) due to the rainwater harvesting and percolation pits created by us. This is a proud moment for the BMC as well.

He said Mumbai’s progress rate must not be compared with Shanghai or Singapore.

Speaking about the main issues in Mumbai, he said, Cities are growth centres and it is up to us to promote the ease of living and define what urbanism is. I think our main focus areas would be housing, quality education, healthcare, roads and public transport.

Aaditya also spoke about how Shiv Sena tackled civic issues when in power.

I used to hold meetings every week with 16 different agencies for the betterment of schools, parks, and the coastal road. In my opinion, either make a single authority for Mumbai or simply just get together and take swift action, he added.

Speaking about Shiv Sena’s opposition to the construction of the metro car shed in Mumbai’s green lung Aarey Colony, Aaditya said the issue is not just about a particular land or trees.

“It is a living, breathing forest. We only stopped the work at Aarey. There are some faults with that line. Rs 10,000 crore escalation in cost was assessed before December 2019 (the MVA government came to power in November 2019),” he said.

Deputy Chief Minister Devendra Fadnavis had alleged the previous MVA government’s move to stop work at the Aarey Colony had led to the escalation of cost.

Reversing the previous government’s decision to shift the metro car shed to suburban Kanjurmarg and restoring it to the Aarey Colony was one of the first decisions taken by the new government.