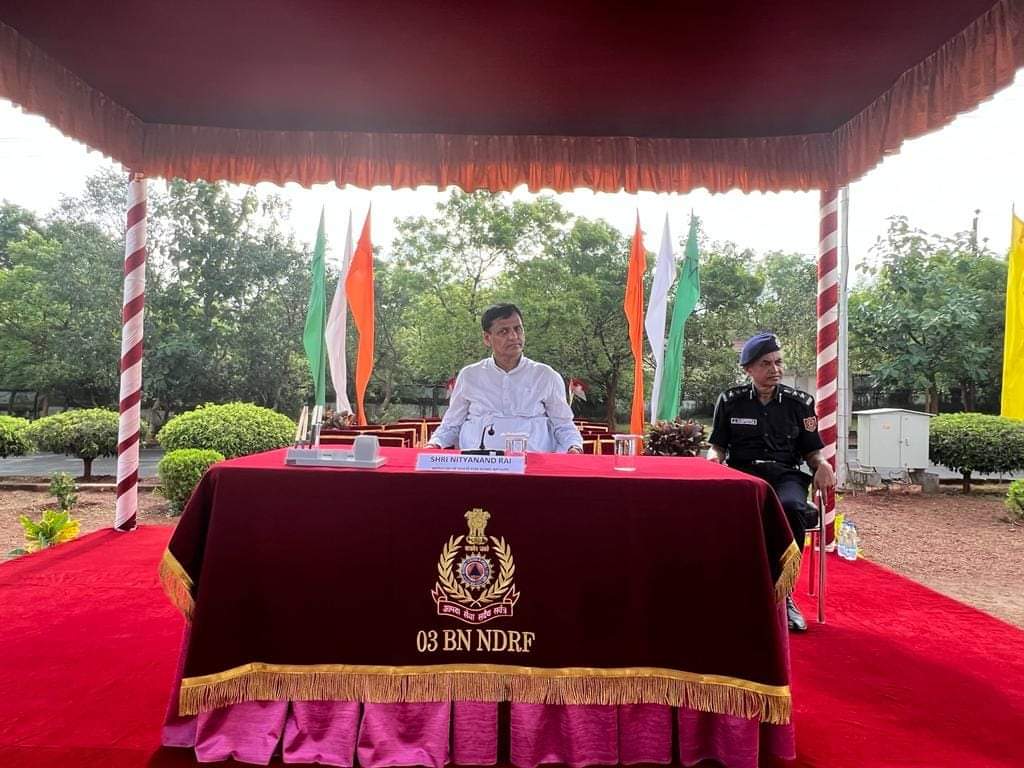 BHUBANESWAR: With seven union ministers visiting different districts of Odisha and undertaking review of various central schemes being implemented in the state, the ruling BJD Saturday said the people will not accept the inspector raj manner” of the central government.

While five central ministers reached Odisha on Friday, two others did so on Saturday.

The cudgels for BJD was taken up by party MLA Sashibhusan Behera, who hit back at the comment made by Union Minister of State for Home Nityananda Rai during his visit to Cuttack on Saturday.

Countering the comment, Behera said It is not proper on the part of union ministers to behave in an inspector raj manner. The people of Odisha will not accept it as they know how the state government has been implementing the different welfare scheme. The union ministers should not behave like inspectors.

The senior BJD leader had said on Friday that there is nothing wrong in union ministers visiting the state and reviewing central schemes but they should concentrate on official work and not indulge in politics.

The visit of the seven central ministers just days after BJP Odisha in-charge Sunil Bansal’s tour has created speculations that the saffron party is focussing on the coastal state ahead of the 2024 simultaneous Lok Sabha and state election.

There are even whispers in the corridors of power that the union ministers’ visit will be followed by CBI and ED raids in the state as in West Bengal and Maharashtra.

Union Miinister of State for Tribal Affairs and Jal Shakti, Bisheswar Tudu did not deny or affirm when quizzed by journalists.

What is the work of the CBI and ED? Wherever there is corruption, they will raid and it is their duty. If there is corrupt practice, the central agencies will do their duties notwithstanding the political affiliation of the accused persons. They may be BJP, BJD or Congress, he said to questions on whether the two central investigating agencies will come to Odisha before the elections.

The CBI is already investigating the multi-crore rupees chitfund scam in Odisha and some BJD leaders were arrested in the past in connection with it. The ED raided some places in the state in August in connection with a money laundering case against a mining company registered in Delhi.

Rai besides being critical of the BJD government in the state claimed that BJP is gaining ground in Odisha with each passing day.

Referring to the implementation of the central schemes in Odisha, Rai said that the Pradhan Mantri Kisan Samman Nidhi scheme has benefited as many as 39,73,000 farmers in the state.

Rai also lauded Prime Minister Narendra Modi for installing a statue of Netaji Subash Chandra Bose, a son of the soil at the India Gate in New Delhi. “The country was waiting to see Netaji’s staue at the prominent place in the capital and the people Odisha should take note of this historical work,” he said.

BJP national vice-president Baijayant Panda said that the union ministers will visit the state every month for two days as part of the party’s strategy ahead of the 2024 elections.

The visit of the union ministers will have a positive impact on BJP’s rank and file across the state, he added.