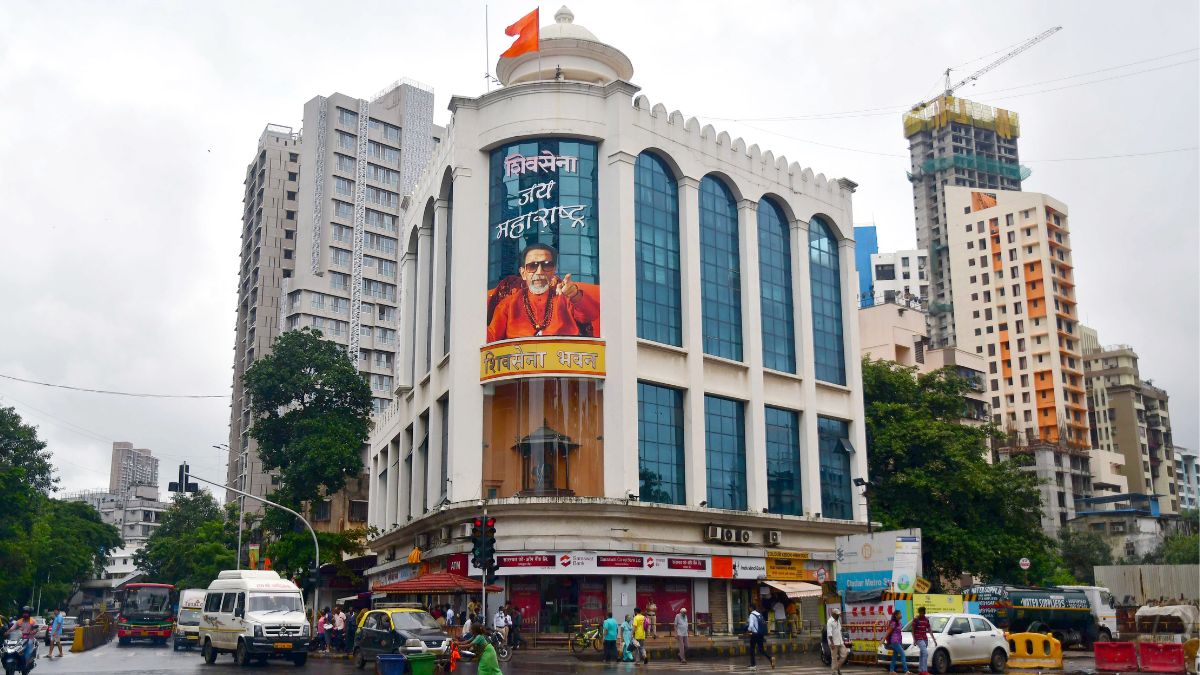 NEW DELHI: The Uddhav Thackeray-led faction of the Shiv Sena on Monday asserted there was no other option but to hold its annual Dussehra rally at the Shivaji Park in Mumbai next month and said it will approach court if permission to use the iconic venue was denied to them.

Talking to reporters, a Shiv Sena spokesperson and former Mumbai mayor Kishori Pednekar accused the Eknath Shinde-led government in Maharashtra of trying to corner the Thackeray faction over its Dussehra rally, one of the most important events in the Shiv Sena’s annual calendar.

Pednekar claimed efforts are being made to ensure the Thackeray faction was not able to hold its annual rally on Dussehra, which will be celebrated on October 5.

“If you are trying to corner us by displaying arrogance of power, by pressuring officials (to deny nod for using the venue), then we will do what (Sena president) Uddhav ji decides. You will see what happens.

“The party chief (Uddhav Thackeray) will decide (on the future course of action) and if need arises, we will go to court. We are trying to ensure that there is no law and order problem which is why we are asking for permission. But the attempts are being made to thwart our annual rally,” she alleged.

The rival Sena factions had staked claim to hold their respective rallies at the iconic Shivaji Park in Dadar in central Mumbai, a venue closely associated with the formation and growth of the saffron outfit. Both sides had also alternately applied for permission to use the BKC (Bandra Kurla Complex for their rallies.

The Sena faction headed by Chief Minister Eknath Shinde has received a nod to hold its rally at the BKC, a business district in suburban Mumbai.

But, no decision has been taken by the Brihanmumbai Municipal Corporation (BMC), currently under the control of a state government-appointed administrator, for allowing the Shivaji Park ground to be used for the high-profile event.

Arvind Sawant, Lok Sabha MP and a spokesperson of the Thackeray faction, said it will be easier for them to get permission for their Dussehra rally at the Shivaji Park now that the Shinde camp has got the nod to hold a rally in BKC.

Sawant told PTI that the ‘first-come-first-serve’ principle was applied while giving permission to the Shinde group to hold a rally at the MMRDA ground in BKC, which is a stone’s throw away from ‘Matoshree’, the private residence of former CM Uddhav Thackeray.

“There can be no other option for the Thackeray faction other than ‘Shivtirth (the term the party uses for Shivaji Park) to hold its rally,” Sawant said.

Asked what if the party is denied permission to hold its rally at the Shivaji Park, Sawant said his faction will “see what can be done” after that, hinting at taking legal recourse to bag the nod.

He said the BMC is yet to deny permission to hold the rally.

“Now it will be easier for us (to get nod for Shivaji Park). They (Shinde group) got permission on a first-come-first-serve basis. So, the same principle applies to us as well for the Shivaji Park,” the Lok Sabha member said.

Attacking the Bharatiya Janata Party, a constituent of the Shinde government, Sawant alleged the BJP’s game plan was to pit the two factions of the Shiv Sena against each other.

Shinde revolted against the Sena leadership and walked away with 39 other MLAs of the party in June this year, bringing down the Maha Vikas Aghadi (MVA) government.

The Dussehra rally at the Shivaji Park is an annual gathering of the Shiv Sena since its inception. It is here that Shiv Sena chiefs – earlier founder Bal Thackeray and then his son and successor Uddhav Thackeray – mostly spelt their agenda and targeted rivals.

This year’s rally assumes significance as both Uddhav Thackeray and CM Shinde claim their respective factions to be the original Shiv Sena.

Meanwhile, Nationalist Congress Party president Sharad Pawar backed the Uddhav Thackeray-led faction and said his group is the “real” Shiv Sena to hold the annual congregation at the Shivaji Park.

“I have been seeing this for 30-40 years. When one says Shivaji Park, then it is the Shiv Sena, the one led by Balasaheb Thackeray. And that Shiv Sena is Uddhav Thackeray’s Shiv Sena. So, their demand for the Dussehra rally is not wrong,” Pawar told reporters.

“(CM) Shinde also has the right to hold a Dussehra rally. They (the Shinde faction) had sought the BKC ground and got it. Once their problem is resolved, then there is no issue of opposing others. I am not saying they have not done it, but it is important to grant permission,” he said.

The NCP, the Shiv Sena and the Congress were alliance partners in the previous MVA government led by Uddhav Thackeray.