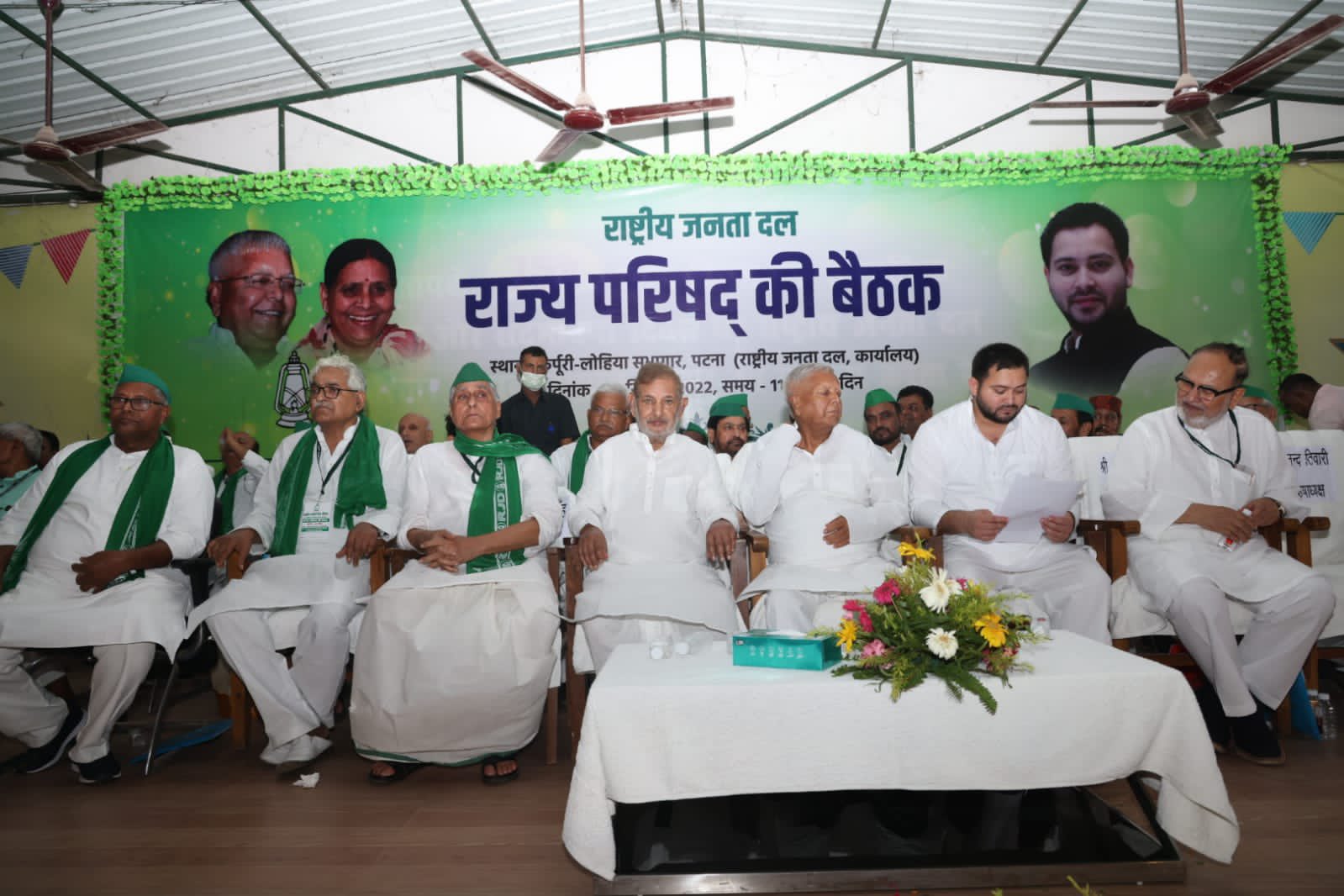 PATNA: RJD president Lalu Prasad on Wednesday said that he along with Bihar Chief Minister Nitish Kumar would soon meet Congress’ interim president Sonia Gandhi in Delhi in an effort to unite all major non-BJP parties ahead of the 2024 Lok Sabha polls.

He claimed that the BJP wants to disturb communal harmony in society to hide the real issues that are plaguing the people.

“I along with Nitish Kumar ji will meet Sonia (Gandhi) ji in Delhi. I will also meet Rahul Gandhi after completion of his padyatra. The united opposition will throw the BJP out of power in the next Lok Sabha polls, Prasad said while addressing the party’s state council meeting.

BJP leaders may instigate people of different communities to fight with each other in the state. Nitish ji is also very careful about this visit of the Union Home Minister, Prasad said.

Seemanchal region has a heavy concentration of Muslim population. Shah is scheduled to address two rallies on September 23 and 24 in Purnea and Kishanganj districts respectively.

This will be the first trip of Shah, considered the party’s principal strategist, to the state since a political upheaval stripped the BJP of power.

Their (BJP leaders’) agenda is to disturb communal harmony in society and not to allow people to debate on real issues. Many political parties compromised with the BJP but I never did this, he said.

The grand alliance partners have also planned at least three rallies in the Seemanchal region after Shah’s visit.

The RJD supremo, who has not been keeping well, was accompanied by RJD state unit president Jagdanand Singh, deputy chief minister Tejashwi Prasad Yadav and socialist leader Sharad Yadav on the stage.

On March 20 this year, Sharad Yadav merged his Loktantrik Janata Dal with the RJD in the presence of Tejashwi Yadav in Delhi.