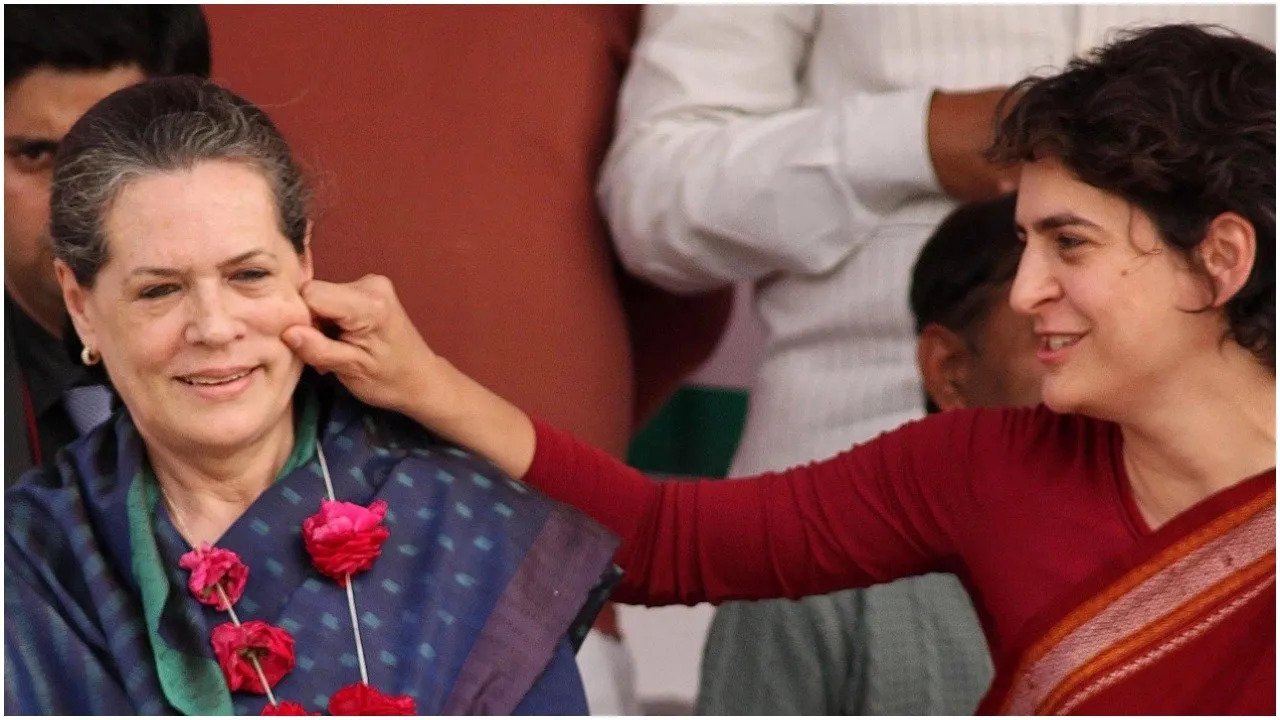 NEW DELHI: Congress President Sonia Gandhi and Priyanka Gandhi Vadra would participate in the Karnataka leg of the “Bharat Jodo Yatra” led by Rahul Gandhi that will be entering the state on September 30, state party chief D K Shivakumar said on Friday.

Noting that the Karnataka Congress has made preparations for the yatra by giving responsibility to leaders, Shivakumar said Sonia Gandhi and Priyanka Gandhi will be participating in the yatra here; they will be giving dates. “…I will announce the dates in the future.”

Noting that the Karnataka leg of the yatra will begin at Gundlupet on September 30 at 9 AM, Shivakumar said on October 2, Gandhi Jayanti, there is a programme at Badanavalu in Nanjangud Taluk, which is known for its Khadi and Gramodyog Centre.

“There will be two days holiday for Dasara, there will be a public meeting in Ballari, in between Rahul Gandhi will be interacting with youth, women, civil society, students, tribal community and farmers among others each day, and teams have been formed for this,” he added.

Not wanting to comment on the demand for Rahul Gandhi as AICC President, Shivakumar in response to a question said, “KPCC has already authorised the Congress President…we all are committed that Rahul ji should lead the party, but it is left to him.”

The AICC was fully satisfied with the arrangements made by KPCC for the yatra, Venugopal said, adding the march has been successful so far and the response to it in Tamil Nadu and Kerala is “unimaginable and beyond expectations”.

Arrangements have been made in Karnataka to ensure the same success, he said, “for the last ten years, the BJP and Sangh Parivar had one duty- to tarnish the image of Rahul Gandhi, but people are now realising as to who is Rahul Gandhi…this yatra will be a turning point in Indian politics.”

Responding to a question, Venugopal said, “PayCM’ is not a campaign created by the Congress party. The party is only taking up genuine issues raised by people of Karnataka, everyone is saying this is the most corrupt government in the state.”

The Congress is not scared of arrests, party workers have enough courage and will raise the corruption issue again and again, come what may, he said.

Surjewala said Chief Minister Basavaraj Bommai “lords over” the most corrupt government in the entire country. “This is a one scam a day government that he (Bommai) heads.