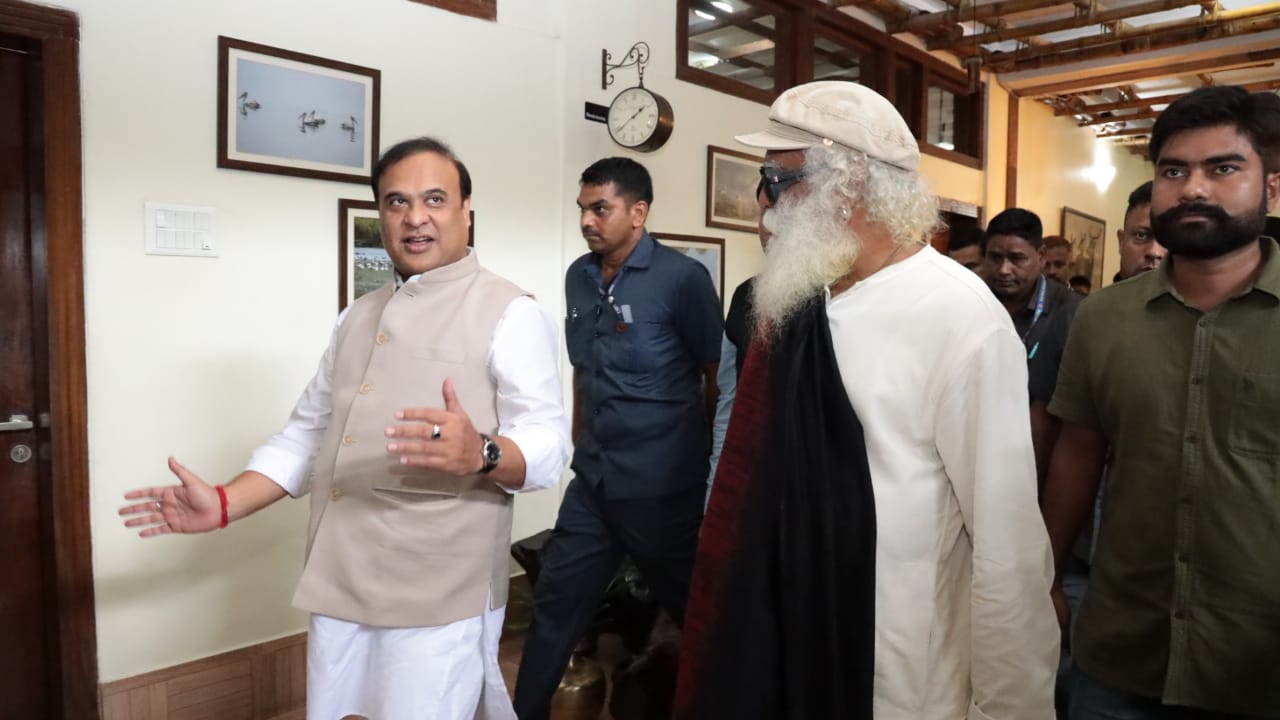 KAZIRANGA: Assam Chief Minister Himanta Biswa Sarma on Saturday urged his cabinet colleagues, legislators and bureaucrats to change their mindset and work towards a vision to ensure the state goes up the development ladder by at least two levels by 2026.

It is time for Assam to re-emerge as a developed state, Sarma asserted while inaugurating a ‘Chintan Shivir’ here.

Assam cannot live anymore with the scar that its place in the country’s development journey can be counted only from the bottom, and not the top… We have to live with dignity and not always approach the Centre for assistance, he said.

There are many development indicators that can be changed in the next two to three years if we work collectively and resolutely, and we have to decide on how Assam can go up by at least two levels by 2026, the chief minister said.

Happy to welcome Sadhguru Jaggi Vasudev ji to the inauguration of 3-day Chintan Shivir at Kaziranga.

I hope @SadhguruJV's wisdom will help us set the right tone for Chintan Shivir & deliver its desired benefits in charting out a roadmap for holistic development of Assam by 2026. pic.twitter.com/W0cLbLtB9X

Sarma said there was no need to frame visions for the next 50 years as no one knows who will live till then to see its implementation or review it. We are in a hurry and we need to see what we can contribute by 2026… During the last few decades, it has been observed… that a mentality has crept into the minds of ministers and bureaucrats, and they have almost accepted that Assam can no longer be a developed state. This mentality needs to change and the decision makers must dream of a developed Assam.

I strongly believe that the central government never neglected our state. If we see the budgetary allocation and the investments made by the Centre, we will realise that it is we who have failed collectively and blame them to save our face, he said.

The ‘Chintan Shivir’ has been organised to discuss and debate on various issues with a positive and creative streak so that new ideas emerge, the CM added.