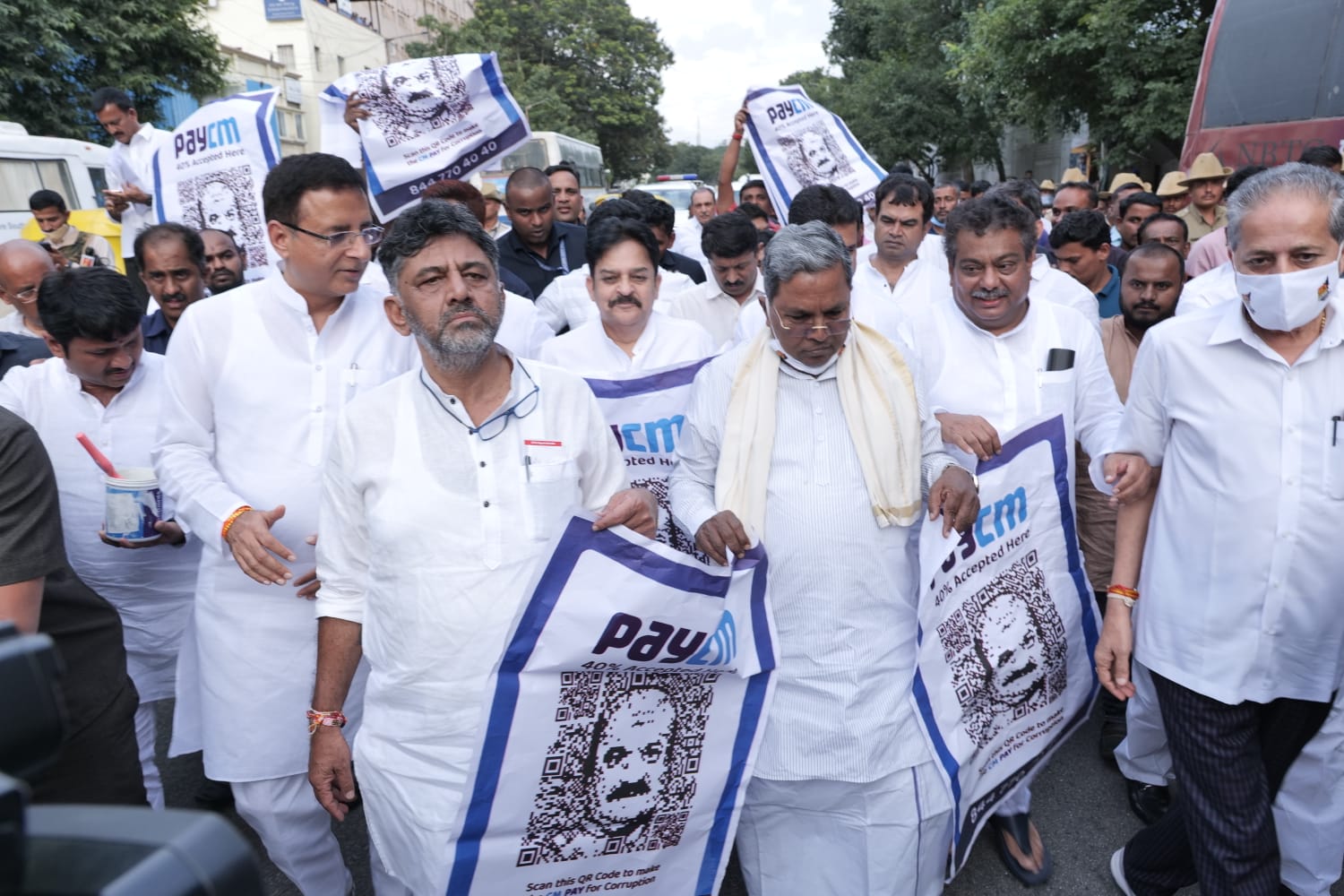 BENGALURU: In poll-bound Karnataka, the Congress has mounted an aggressive pitch with the ‘PayCM’ QR code campaign seeking to put the ruling BJP on the mat as it pushes to make corruption a central theme of the state’s political narrative.

The campaign targeting Chief Minister Basavaraj Bommai has rattled the BJP which is preparing to launch a similar offensive against the Congress.

Bommai has termed the campaign as ‘dirty politics’ of the Congress in Karnataka, where Assembly elections are due in about seven months.

“The Congress is under illusion that it can come to power through its dirty politics of misleading people. This will never be possible in Karnataka,” the Chief Minister said.

According to a BJP insider, the party is planning a QR code campaign of vast scale to counter the Congress and expose its “wrongdoings in the past”.

The BJP was taken by surprise as the Congress-sponsored ‘PayCM’ posters dotted many public walls in prime areas of the city last week.

Resembling payment platform Paytm’s advertisements, the poster had the Chief Minister’s image in the middle of a QR code. Upon scanning, the QR code redirects one to a portal https://40percentsarkara.com/#/home.

The Congress claims there were various scams, and contractors have to shell out 40 per cent commission (bribe) to secure public contracts.

The Congress portal also provides ‘bribe rate card’ alleging various percentage of commission in public works such as 75 per cent in COVID-19 supplies, 40 per cent in PWD and other civil contracts and 30 per cent in egg supply.

It also alleged that one has to pay bribe ranging from Rs 8 lakh to Rs 16 crore to get a plum posting or a government job.

The portal carries some statements including one by Nagaraju from Kolar who is quoted as saying that he was asked to pay a bribe of Rs 15,000 to the sub-registrar for the registration of a plot (site) but when he refused, the registration got delayed.

A realtor Shivanna (name changed) from Bengaluru wondered whether paying bribe to the sub-registrar started only in recent times.

“Paying bribe to sub-registrars has been there for ages. It has been institutionalised and no government ever made efforts to stop it, be it Congress, BJP or the JD(S),” he said.

The portal has videos too which are the clippings of the reports that appeared in various news channels.

Stung by the Congress campaign, the BJP launched a counter-offensive.

It started ‘Scam Ramaiah’ campaign highlighting various “scams” that took place during the Congress regime led by Siddaramaiah from 2013 to 2018.

It also released a booklet, targeting Siddaramaiah (now Leader of Opposition in Assembly), saying that he ran a ‘100 per cent loot Congress government’.

The booklet has the clippings of newspaper reports on “scams” that had taken place when Siddaramaiah was the Chief Minister.

In this article:BJP, Congress, Corruption, Karnataka