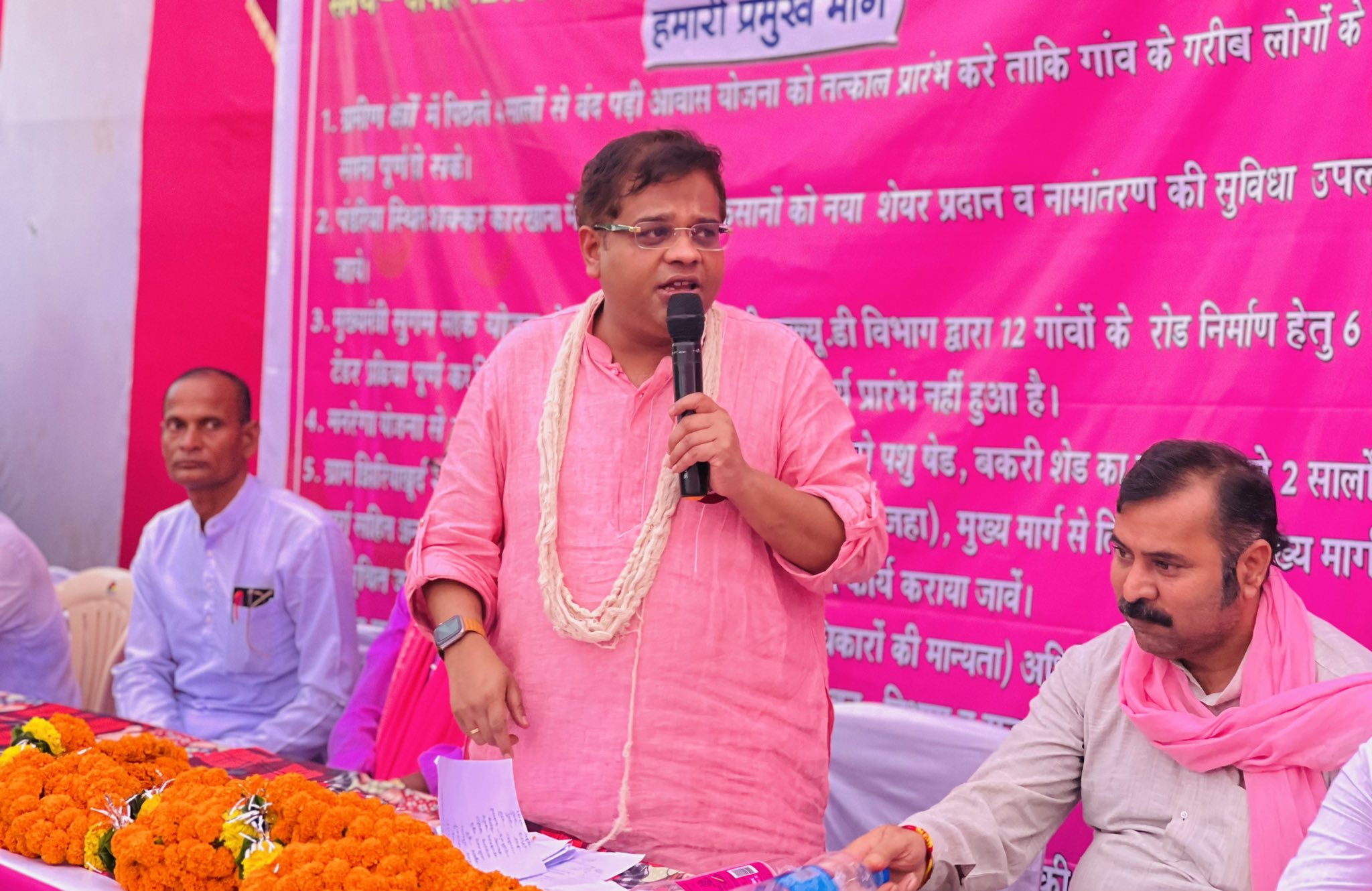 RAIPUR: The Janata Congress Chhattisgarh (J), founded by former chief minister Ajit Jogi, which put up a good show in the 2018 Assembly polls, is now fighting a grim battle for political survival as it is hit by internal revolt and dissension, political observers claim. Just three years ago, the JCC(J) positioned itself as a third force in the state politics traditionally dominated by the BJP and Congress by winning five seats in the 90-member Assembly.

But, it is now seeing a downhill journey and under present circumstances it would be difficult for the party to reorganise itself and stage a comeback ahead of the Assembly polls due next year, experts say.

However, JCC(J) state president Amit Jogi, the son of Ajit Jogi, claimed the party will emerge stronger and better, saying there is a huge space for it to occupy and fight against the Congress government’s “misrule” in the state.

”Going forward, our party will emerge stronger and better. We are in the process of overhauling the organisation at the booth level. A big difference will be noticeable in the coming months,” the former MLA told PTI.

After Chhattisgarh was carved out of Madhya Pradesh in 2000, political stalwart Ajit Jogi, who was then in the Congress, headed the first state government till 2003.

The bipolar politics of Chhattisgarh has never seen a formidable third force in its 22-year-old history. But, expectations grew high when Ajit Jogi floated his outfit JCC (J) in 2016 after parting ways with the Congress and contested the 2018 polls in alliance with the Bahujan Samaj Party (BSP).

The party, also known as Jogi Congress, could not impact the poll outcome in 2018, but it succeeded in making inroads into the state politics, senior journalist and political analyst R Krishna Das told PTI.

“The JCC(J) has been in crisis ever since Ajit Jogi’s death in 2020. The recent developments like the expulsion of MLA Dharmjeet Singh from the party and legislator Pramod Sharma turning rebel have raised questions over its survival,” Das said.

In 2018, the JCC(J) alone polled 7.6 per cent votes, which was the first significant performance of a regional party in the state, he said.

The Congress registered a landslide victory in the 2018 elections winning 68 seats, ending the three term rule of the BJP, which managed to win only 15 seats, while the BSP bagged two seats.

After Ajit Jogi died in May 2020, his son Amit Jogi and wife Renu Jogi, who is an MLA, failed to keep their house in order. The party’s internal conflicts came out in the open during the 2020 Marwahi byelection, necessitated due to the death of Ajit Jogi, Das said.

Its then MLAs Devvrat Singh and Pramod Sharma defied the party’s decision to back the BJP’s nominee in the bypoll. The crisis continued as Singh, who represented Khairagarh seat, died in November last year and the party lost the seat to the Congress in the bypoll.

Recently, the JCC(J) expelled MLA Dharmjeet Singh, who was also its legislature party leader, for six years, while another legislator Pramod Sharma rebelled against the party leadership.

Das said the JCC(J) might soon be reduced to a single MLA party in Chhattisgarh as there are rumours in political circles that Dharmjeet Singh and Sharma may join the BJP.

Former IAS officer and political commentator Shushil Trivedi claimed the JCC(J) has almost got ”disintegrated” and it would be difficult to reorganise it ahead of the Assembly polls next year.

Political commentator Ashok Tomar feels the current JCC(J) leadership has failed to assess the pulse of its workers and common people, resulting in a sharp decline in its popularity.

”Ajit Jogi was a charismatic leader, different from others and knew the people’s pulse. His son Amit Jogi seems immature and young to have that understanding,” he said.

”Unlike Ajit Jogi, Amit Jogi kept the power centralised because of which leaders and workers switched over to other parties. An experienced and influential leader like Dharmjeet Singh is not with the party now, which is big blow to it,” Tomar said. However, Amit Jogi rejected such observations and said the people of Chhattisgarh had in 2018 rejected the 15 years of ”misrule” of the BJP. ”In today’s scenario, the state BJP unit is totally disoriented and demotivated. So, there is a huge space for us to occupy and fight the misrule of the present Congress government which is weaved around only promotion and commission,” he claimed.

He said as far as the JCC(J) is concerned, it is not fighting to improve its performance in the next year’s polls, rather working to improve the lives of the people of Chhattisgarh and they will only be empowered when his party comes to power.

To say that leaders and workers have left the party after Ajit Jogi’s death is a ”ridiculous, narrow judgement”, he said.