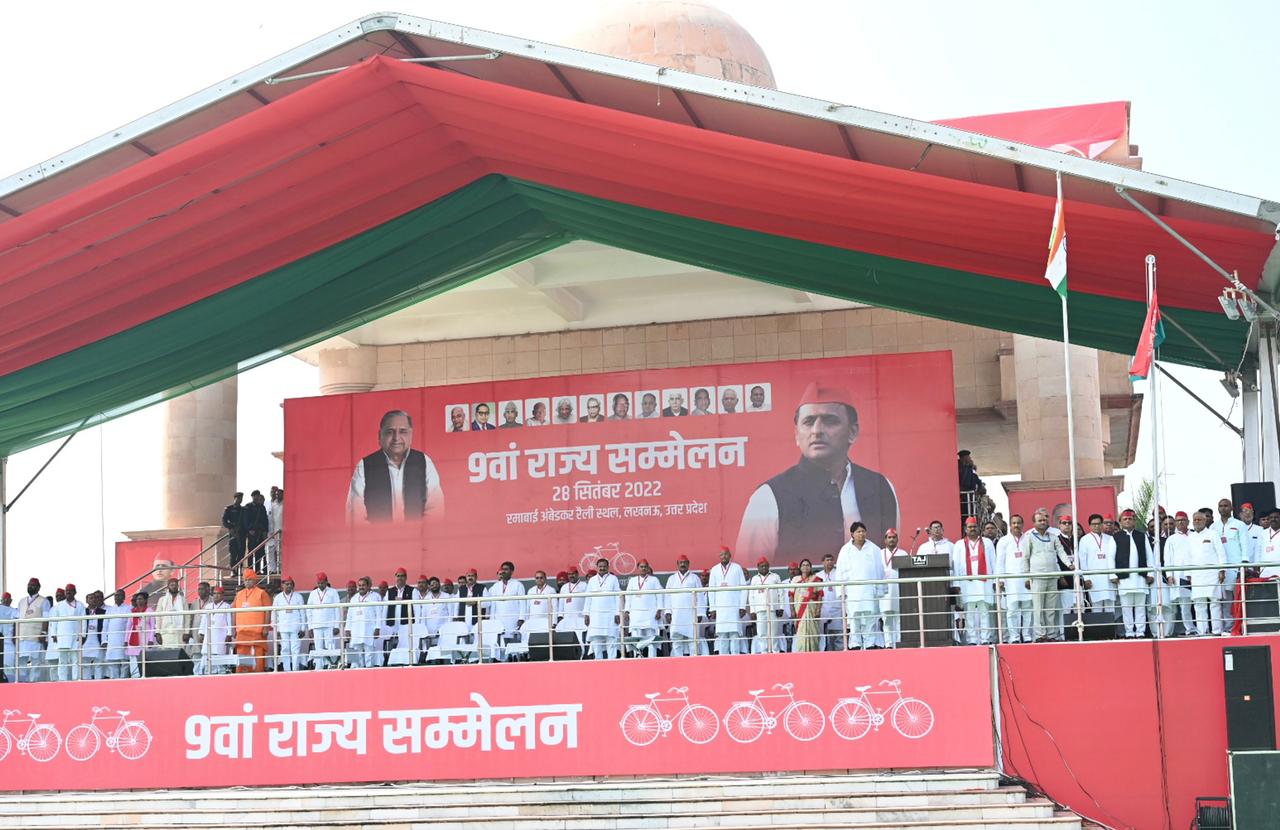 LUCKNOW: Samajwadi Party (SP) chief Akhilesh Yadav on Wednesday said though election results in the recent past have not been favourable, it has been proved that only his party can defeat the BJP in Uttar Pradesh.

He said that the Samajwadi Party worked for a big victory but ”the people in power used every trick and misused official machinery and we failed to succeed”.

In the 2019 Lok Sabha elections, the Samajwadis tried hard for a historic result. They tried to realise the dream of Ram Manohar Lohia and B R Ambedkar to ”bring the ‘Bahujan’ forces on one platform, the Samajwadi Party chief said after inaugurating the state-level convention of the party. ”In 2022 (Uttar Pradesh Assembly polls), the Samajwadi Party formed an alliance in an attempt to take along with it all those struggling to remove the BJP from power. But we could not win.”

”But I can say one thing that despite the experiments of 2019 and 2022, the manner in which our leaders and workers worked, the Samajwadis have come to know despite not getting success is that if there is anyone who can compete and defeat the BJP, it is the Samajwadi Party,” Yadav said.

The Samajwadi Party contested the 2019 Lok Sabha election with the BSP and the 2022 Assembly polls in alliance with smaller parties but lost.

Yadav alleged that the ruling BJP has failed on all fronts and said that once his party comes to power it will work towards the betterment of the people.