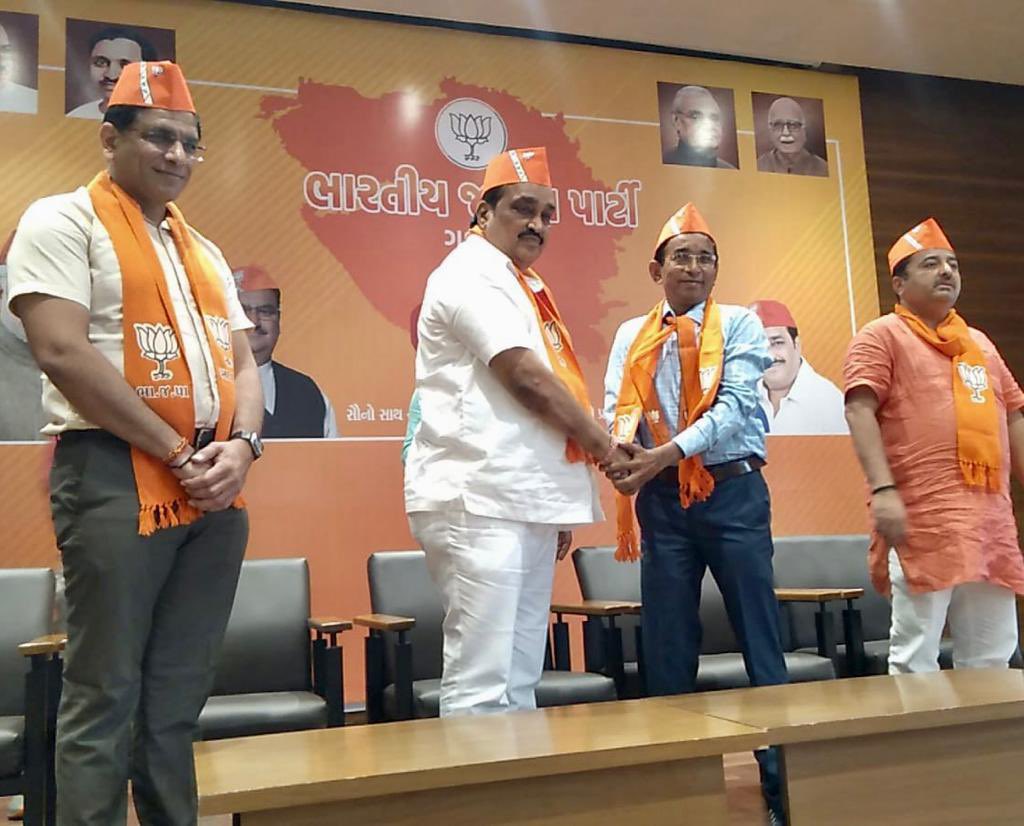 AHMEDABAD: A diamond businessman from Gujarat, who barred his employees from canvassing for the Aam Aadmi Party (AAP), has joined the ruling BJP ahead of the state Assembly polls due later this year.

The Arvind Kejriwal-led AAP criticised the move, claiming the BJP was promoting curbs on the free will of citizens.

Diamond businessman Dilip Dhapa from Surat was inducted into the BJP at the party headquarters ‘Shree Kamalam’ on Tuesday evening.

“I welcome Surat-based diamond businessman Dilip Dhapa into the BJP at Shree Kamalam. He had barred his factory employees from doing publicity of revdi seller’s party and also warned that anyone found doing so will be sacked from the job. He did this voluntarily,” Paatil tweeted.

Notably, AAP national convener Kejriwal has offered a number of sops to the people of Gujarat if his party is voted the power. The BJP has called his poll promises as “revdi” or freebies.

AAP national joint general secretary Isudan Gadhvi attacked Paatil for showering praises on a person who wants to curb free will of people.

“In a democracy, people are free to choose a party they want to vote for. Do you want to turn Gujarat into a gunda-raj by felicitating someone who had snatched people’s right to choose and also threatened to sack workers from their jobs?” Gadhvi asked in a tweet.

“From where do you get such a low mentality? On one hand, you cannot give jobs to people. Now, under you, Gujaratis are losing their existing jobs,” he claimed.

It is time for Gujarati people to wake up, Gadhvi added.

Ahead of the Assembly elections, Kejriwal has announced several “guarantees” for the people of Gujarat, including free electricity up to 300 units per month, 10 lakh government jobs and unemployment allowance for youth.