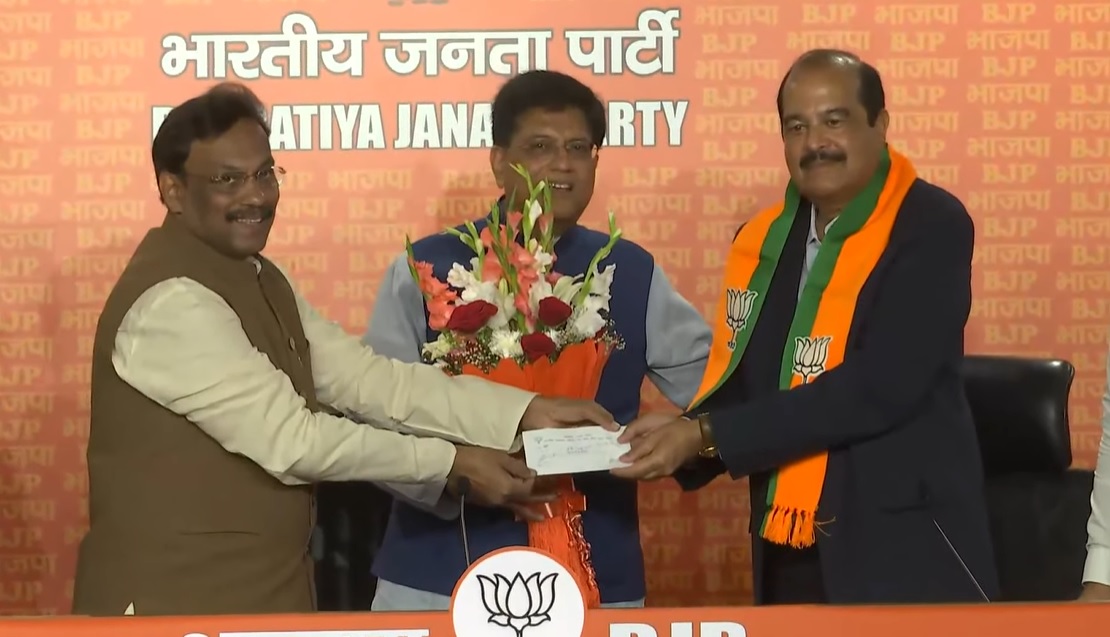 A former state government minister and close aide of former chief minister Virbhadra Singh, who died last year, Mahajan lashed out at the Congress leadership in the state, saying it is very much ruled by “maa-beta” like in Delhi.

Singh’s wife Pratibha Singh is the state Congress president now and their son Vikramaditya Singh is a party MLA. Nothing has been left in the Congress after the death of the former chief minister, he told reporters.

He joined the BJP in the presence of Union minister Piyush Goyal and lauded Prime Minister Narendra Modi’s leadership for providing a “strong government”.

Goyal said the BJP will script history in the state by retaining power following the polls likely to be held later this year. Mahajan had been with the Congress for over four decades.

Welcoming Mahajan, Goyal said he held important positions in the Congress and has maintained a clean image. The BJP government in the state will be repeated, he claimed.