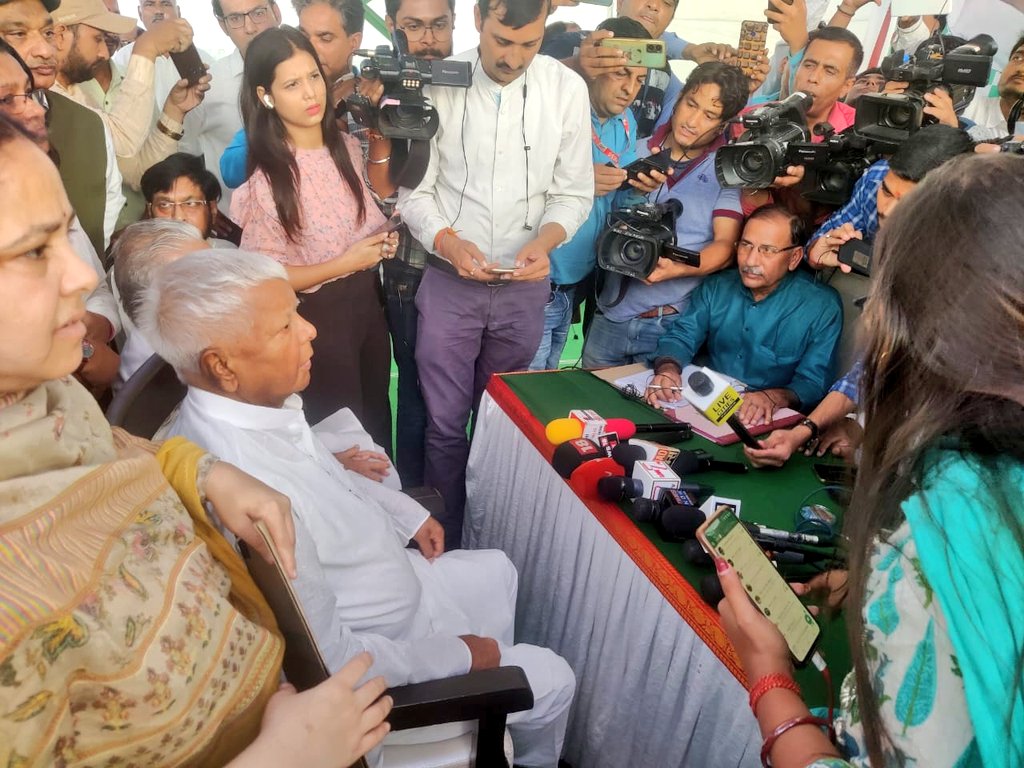 NEW DELHI: RJD chief Lalu Prasad on Wednesday called the Rashtriya Swayamsevak Sangh a “Hindu extremist organisation” that deserved to be banned, drawing a sharp retort from the BJP, which charged the former CM with pursuing a politics of “vote bank” and “pseudo secularism”.

Prasad made the remark replying to queries from journalists about the Union Home Ministry’s ban on Popular Front of India and several of its associates under a stringent anti-terror law.

“They keep raising the bogey of PFI. It is the RSS, which is all about Hindu extremism (kattarpanth’), that deserves to be banned first, said the septuagenarian, after filing nomination papers for election to his party’s top post in Delhi.

Prasad, who has been heading the RJD since he founded it in 1997, is likely to be re-elected next month.

His remarks drew a sharp reaction from the BJP, the political offshoot of the RSS.

Like PFI, there should be a ban on all the organizations spreading hatred and division, which includes the RSS. First of all ban RSS, it is a worse organization than that.

“Lalu ji is aiming at consolidation of his Muslim support base by supporting the PFI. For this very reason he is hostile towards the RSS and its ideal of cultural nationalism, Bihar BJP spokesman Nikhil Anand said in a statement.

The former Bihar chief minister, who had stopped L K Advani”s “rath yatra” in 1990 and got the veteran BJP leader arrested, also claimed that the 2024 Lok Sabha polls will see a “wipe out” (safaya ho jayega’) of the saffron party, which is ruling at the Centre for the second consecutive term.

The ailing RJD chief replied with an emphatic “bilkul” (of course) when asked whether he hoped that his son Tejashwi Yadav, currently the deputy CM of Bihar, will one day rule the state.

However, the staunch loyalist of Congress chief Sonia Gandhi gave a guarded response when asked if he foresaw a situation where Bihar Chief Minister Nitish Kumar will “run the country” (desh ko sambhalenge’).

“‘Sab log mil kar sambhalenge’ (we all will run the show together), said Prasad, who along with Kumar, had met Gandhi on Sunday.

“We had fruitful talks with Sonia Gandhi. There will be more meetings as the situation evolves, he said.

The RJD supremo also frowned upon many BJP leaders raising questions as to why photographs of the meeting with Gandhi were not released, and whether Nitish and he returned after a long wait, without having met her.

“We had gone to meet a lady in her chamber. Was it a photo session? We must have spoken for an hour or so and they claim there was no meeting, the former Bihar CM said.