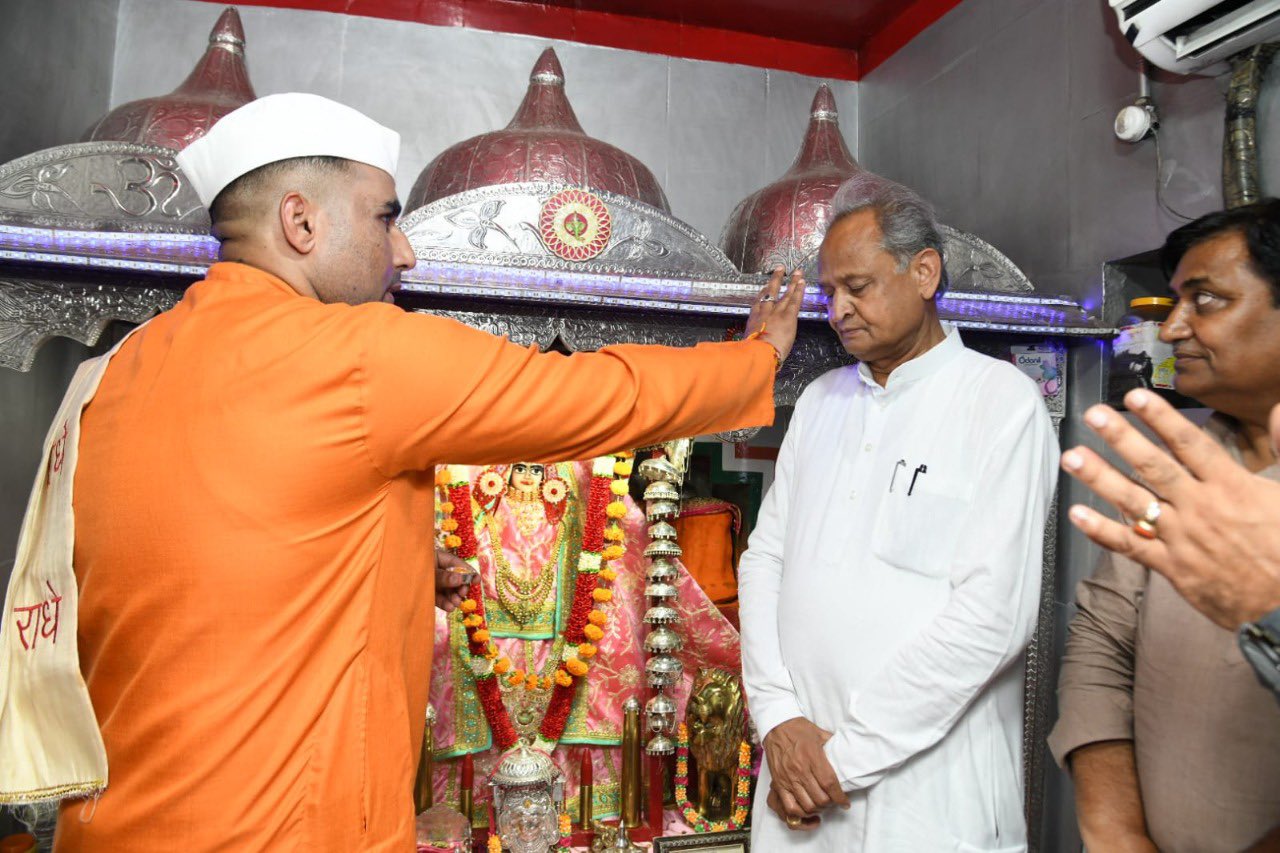 The chief minister arrived around 10.30 pm on a special aircraft.

Talking to reporters, Gehlot said internal issues that have cropped up within the party ahead of the Congress president’s election will be resolved soon.

He said the party has internal discipline, which helped it “survive the decline in Lok Sabha numbers” and it continues to be a national party. “There is discipline in the party under Soniaji,” he said.

“The events being reported by the media are small issues which keep happening. The media may have its own perspective on these events,” he added.

Gehlot said fighting issues the country is facing is more important for them.

“Matters of a family are part and parcel of internal politics. We will solve everything,” he told reporters in Delhi. He said for them the Congress president is foremost and they all work under her discipline.

“You will see that in the coming days, decisions will be taken on the crisis the country is facing. We are concerned about issues on which Rahul Gandhi is undertaking a yatra. Whether it is inflation or unemployment or the dictatorial tendencies overwhelming the nation,” Gehlot said.

Gehlot is likely to meet the Congress president tomorrow and clear the air on whether he will contest the party president’s election.

The chief minister had earlier boarded the special flight from Jaipur at 9.30 pm, according to sources.

During the day, his plan changed thrice. Ahead of his visit, some ministers and MLAs turned up at the CM’s house in Jaipur to meet him.

After the meeting, Cabinet Minister Pratap Singh Khachariyawas had told reporters that the chief minister will be leaving for Delhi to express feelings of 102 party MLAs.

Khachariyawas said it was a routine meeting and Gehlot’s interaction with the Speaker was no different.

He said whether the CM will file nomination for the party president or not, this is a decision of the high command.

“The chief minister is not resigning as of today,” he said replying to a question.

Gehlot’s visit comes a day after the Congress issued show-cause notices to three of his loyalists–Shanti Dhariwal and Mahesh Joshi, and Dharmendra Rathore–for their “grave indiscipline”.

The action came after 82 MLAs participated in a parallel meeting at Dhariwal’s residence in Jaipur, laying down conditions to the party and did not attend the official legislature party meeting convened for passing a resolution authorising the Congress chief to appoint a successor to Gehlot.

With the Rajasthan episode posing a significant challenge before the party, the Congress president has initiated discussions with senior party leaders from across the country to resolve the crisis even as the fate of Gehlot who was considered frontrunner for the top party post remained uncertain.

Several names have cropped up for the party president’s post, including Kharge, A K Antony, Kamal Nath, Digvijaya Singh, Ambika Soni and Pawan Kumar Bansal, though most of them ruled themselves out of the race.

The name of Gehlot for the top party post is, however, not completely ruled out yet, according to sources.

Among various senior leaders, Gandhi is learnt to have called Congress veterans A K Antony and Sushilkumar Shinde for consultations here.

There is also a likelihood that fresh observers may be sent to Rajasthan and Shinde may be one of them.

Gandhi is considering resolving the matter after consultations with top party leaders.

After the developments in Jaipur, sources said Gehlot reached out to Sonia Gandhi and is learnt to have explained his position, while his arch-rival Sachin Pilot rushed to Delhi ahead of any decision on Rajasthan.

Gehlot is learnt to have told Gandhi that he was not behind the parallel meet of MLAs and it was organised without his knowledge.

The Rajasthan chief minister is also understood to have told Gandhi that he would abide by any decision taken by her and the party, the sources said.

Gehlot also held a closed-door meeting with party MLAs in Jaipur on Tuesday and is learnt to have apprised them of the latest developments.

Gehlot was considered a favourite for the post of the Congress president and had the blessings of Sonia Gandhi. The latest developments have marred his prospects for the top party position, though he is yet not out of the race.

In this article:Ashok Gehlot, Delhi, Rajasthan