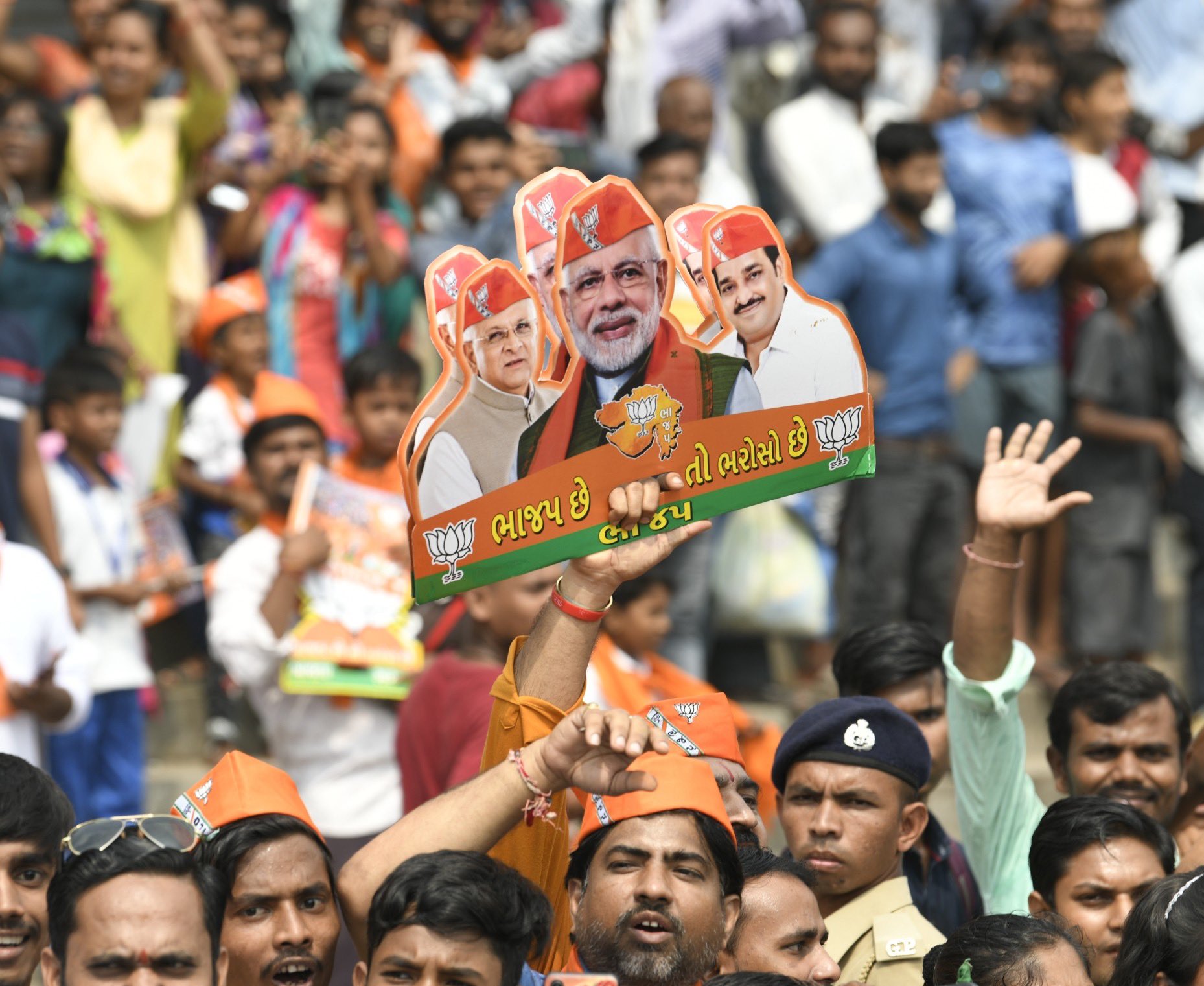 BHAVNAGAR: Prime Minister Narendra Modi on Thursday said although Gujarat has the longest coastline in the country, no attention was paid for its development for decades post-Independence, but ”honest attempts” were made in the last 20 years by the BJP government to turn it into the country’s ”door of prosperity”.

Projects being launched in Bhavnagar will give a significant boost to economy as well as benefit farmers in the region. https://t.co/LcWu5GH7hS

He said the Bharatiya Janata Party (BJP) government in Gujarat implemented several big-ticket projects along the state’s coastline without wasting money on publicity.

Modi also said that the BJP always fulfils the promises it makes because it believes that power is only a means to serve the people.

He was addressing a public rally at Jawahar Maidan in Bhavnagar city of Gujarat’s Saurashtra region after inaugurating and performing the ground-breaking ceremony of projects worth more than Rs 6,000 crore meant for Bhavnagar, Botad and Amreli districts. Some of these projects in Bhavnagar included the world’s first CNG terminal, development of a brownfield port and a cargo container manufacturing unit. ”Gujarat has the longest coastline in the country, but no attention was paid for its development for decades after India gained independence. As a result, the coastline created challenges for the people living along it,” he said in a veiled attack on the Congress. Due to salinity ingress, people were forced to migrate to bigger cities in search of employment. Entire villages became empty due to this issue. Youths of this region used to migrate to Surat, where they had to live in pitiable condition, he added.

Its been a while since I last came to Bhavnagar so it was wonderful to be back there among the exceptional people of this city. The development of the recent years is going to be scaled up further in the times to come. pic.twitter.com/4zr22kZy6W

But honest attempts were made in the last 20 years to turn the state’s coastline into India’s door to prosperity, he said the massive gathering.

Modi was the chief minister of Gujarat from 2001 to 2014. Since May 2014, he has been serving as the prime minister of the country.

”We have developed many ports and modernised several others. Today, there are three LNG terminals and a petro-chemical hub on the Gujarat coast. Apart from playing a crucial role for the export and import sector, Gujarat’s coastline has created employment opportunities for lakhs of youths,” the prime minister said.

According to him, the state’s coastline has now become synonymous with the renewable energy sector and hydrocarbon ecosystem.

Apart from developing fishing harbours and fishing landing centres on the coast, the BJP government in Gujarat also did commendable work in mangrove plantation in coastal areas, Modi said, adding, ”New solar projects are also coming up, including in Palitana. Such solar power projects will ensure affordable and quality electricity supply for that region.” Talking about the recently-launched Ro-Ro ferry service between Ghogha port in Bhavnagar and Hazira in Surat, Modi said that nearly three lakh people have already travelled in the ferry.

”This service has drastically reduced the distance between Ghogha and Hazira. Nearly 80,000 vehicles were also transported in this ferry service. Petrol and diesel worth Rs 40 lakh was saved. It means the service helped people in saving money,” he said. ”This service has proved to be a boon for farmers and traders. We did all this work without making any noise or without wasting money on publicity, because we are not doing it for power. For us, power is only a means to serve the people and that is the reason why we continue to get people’s blessings,” the PM added.

Modi also said that he has proved his critics wrong by successfully implementing the Saurashtra Narmada Avtaran Irrigation (SAUNI) Yojana.

The ambitious SAUNI scheme was launched by him when he was the chief minister of Gujarat. The scheme is aimed at filling 115 major dams by diverting floodwaters overflowing from the Sardar Sarovar Dam across the Narmada river to the drought areas.

According to Modi, all the media outlets had claimed at that time that he was launching this project with Assembly elections in mind at that time.

”They (media) claimed that I will dump this scheme after the elections. But I have proved everyone wrong by implementing the SAUNI Yojana. Today, Narmada waters are reaching all those places as per the announcement. We always stick to our promises. We (BJP) are those who live for the society,” he said.

The prime minister added that the development of the existing port in Bhavnagar would create new employment opportunities and help expand business activities related to storage, transportation and logistics. Referring to the upcoming maritime museum in Lothal near Bhavnagar, Modi said ”commendable” work is being done to turn Gujarat’s maritime history and heritage into a tourism opportunity.

”In Lothal, we are building a world-class maritime museum. Just like the iconic ‘Statue of Unity’, this museum in Lothal will create its own identity. It is a matter of pride for us because Lothal was once the world’s oldest port and we are working very hard to put it on the world tourist map,” he said. PM Modi is on a two day Gujarat visit from Thursday, during which he will either inaugurate or lay foundation stones for several projects worth more than Rs 29,000 crore.