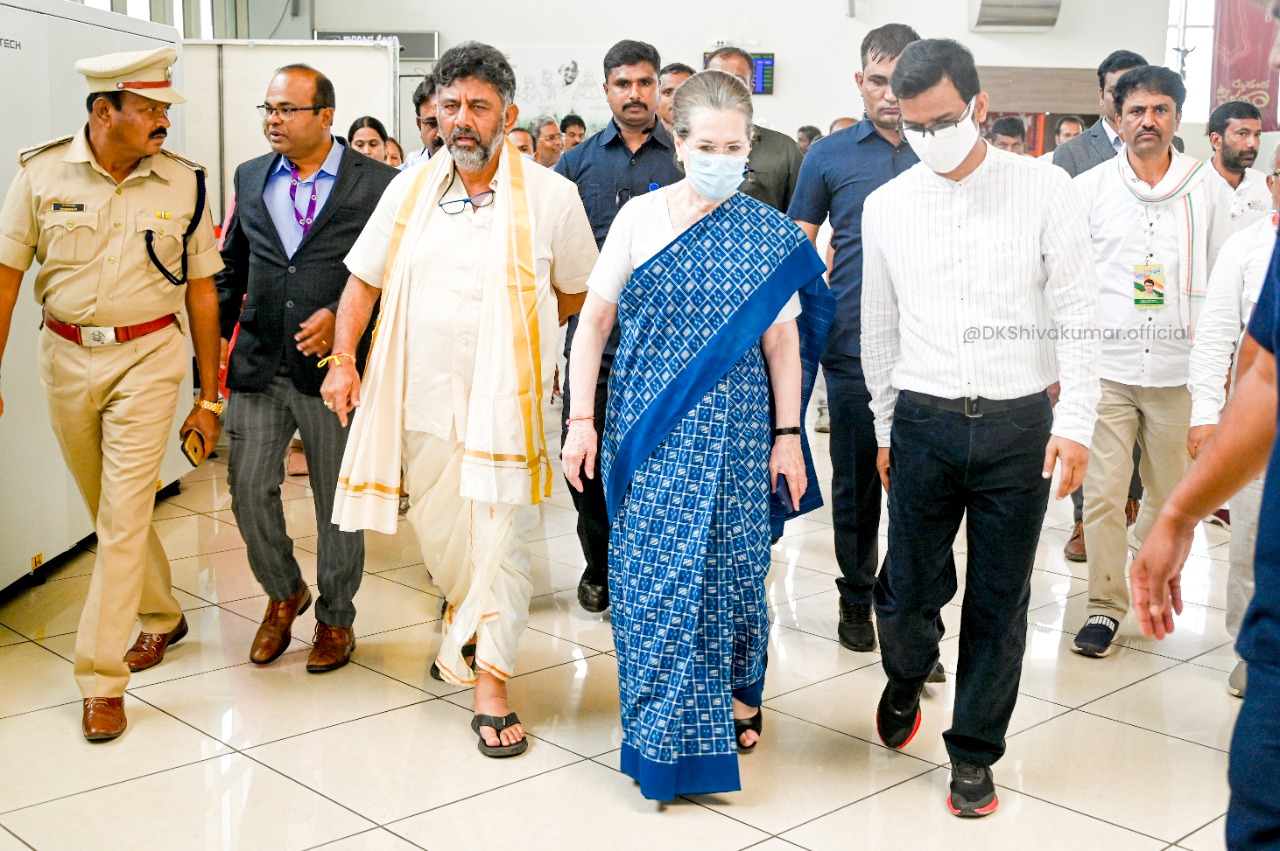 MYSORE: Congress president Sonia Gandhi arrived in this historic town on Monday afternoon for the party’s ongoing Bharat Jodo Yatra in Karnataka. She will participate in the Yatra on Thursday morning when it resumes after a two day break.

Karnataka's #BharathAikyataYatre gains further strength with the arrival of Smt. Sonia Gandhi.
Accorded a warm welcome to her upon the arrival at Mysore Airport.#BharatJodoYatra pic.twitter.com/MyPYdhRshe

Sonia Gandhi had not campaigned for the party during elections in the recent past due to health reasons. It will be after a long time that Gandhi will participate in the party’s public event where a large number of Congress workers are participating.