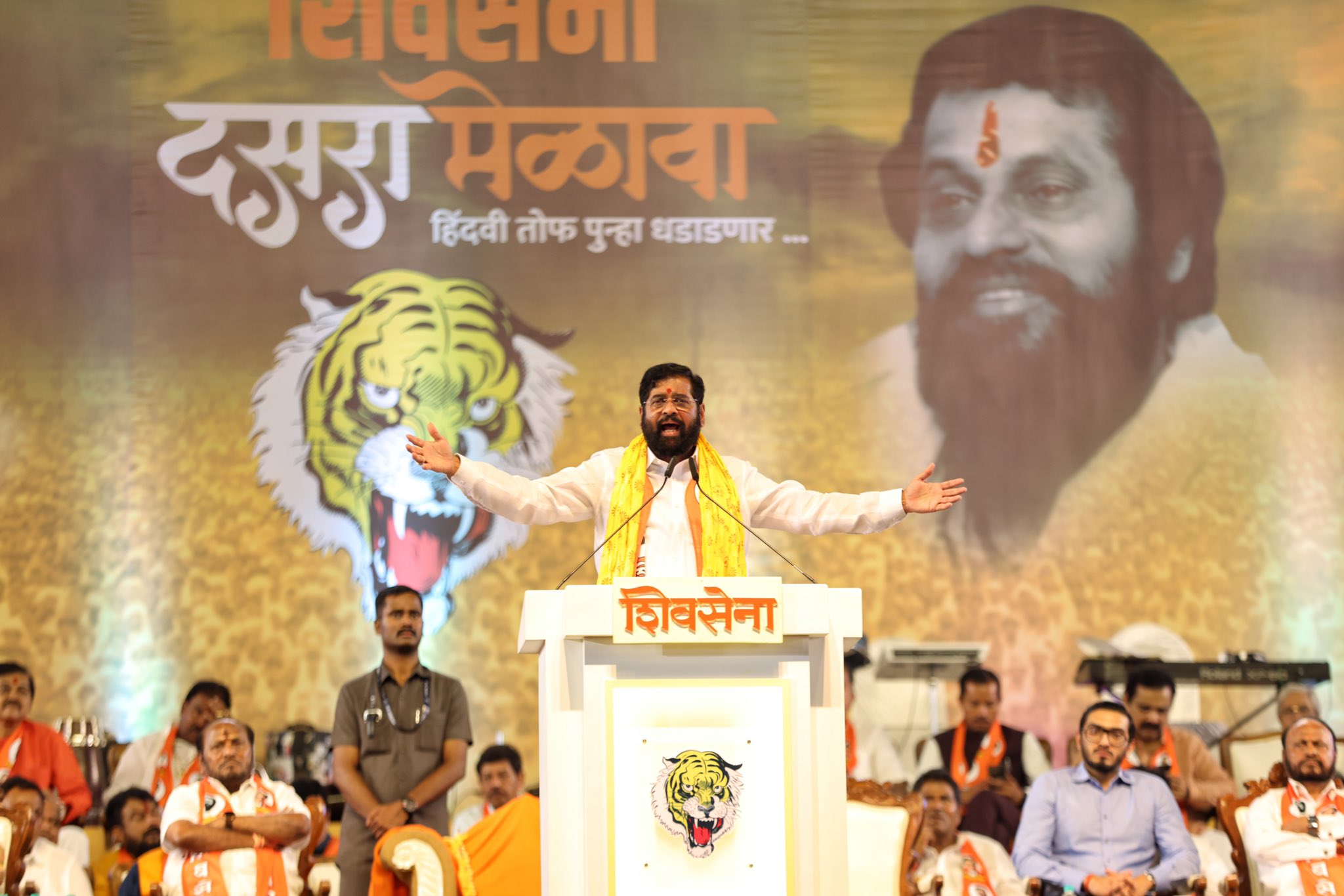 MUMBAI: Maharashtra Chief Minister Eknath Shinde on Wednesday asserted his rebellion was not an act of “betrayal”, but a “revolt” and asked Shiv Sena president Uddhav Thackeray to kneel down at party founder Bal Thackeray’s memorial here and apologise for going against his ideals and aligning with the Congress and the Nationalist Congress Party (NCP).

Addressing a mega rally at the Bandra Kurla Complex’s MMRDA ground on the occasion of Dussehra, Shinde said voters in the state elected the Shiv Sena and the BJP in the 2019 Assembly elections, but Thackeray “betrayed” people by joining hands with the Congress and the NCP to form the Maha Vikas Aghadi (MVA) government.

He said massive crowds at his Dussehra rally was proof enough to show who are true inheritors of Bal Thackeray’s legacy.

Slamming Thackeray, Shinde, who heads the rebel faction of the party, said the Shiv Sena was not a private limited company and maintained the 56-year-old outfit was built through hard work of common Sena workers.

The chief minister stoutly defended his rebellion against Thackeray’s leadership in June that brought down the MVA government. Shinde asserted his rebellion was not an act of “betrayal” (gaddari), but a revolt (gadar).

The Thackeray-led faction of the Shiv Sena has often targeted rebels as “traitors”. The rally was attended by Jaidev Thackeray, brother of Uddhav Thackeray, and his estranged wife Smita Thackeray. Nihar Thackeray, grandson of late Bal Thackeray, also attended the rally besides Champa Singh Thapa, a long-time personal aide of the Sena founder.