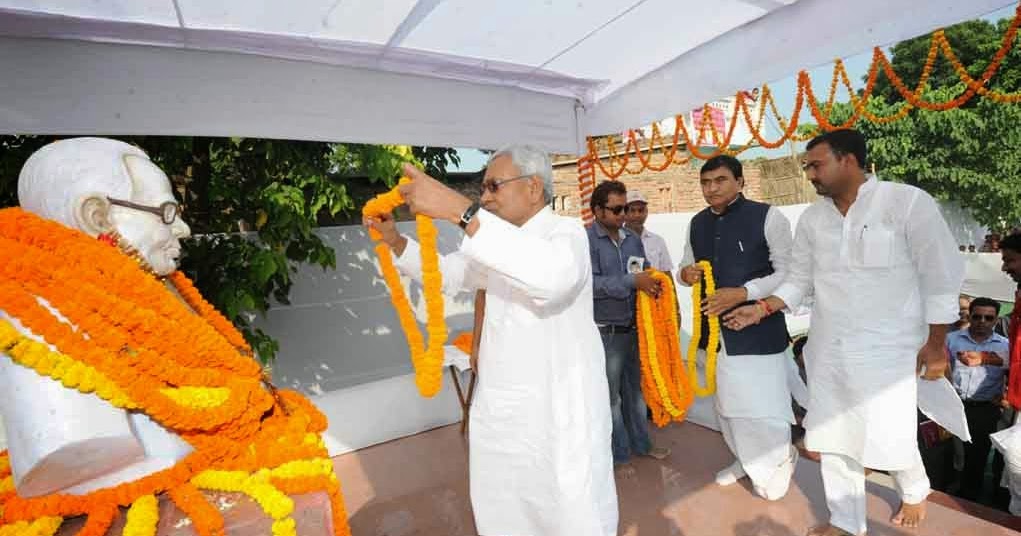 During the launch here, through video conference, of a number of projects at Sitab Diyara, the legendary socialist leader’s village, Kumar rued the tardy pace of work in the adjoining state.

“The village of JP is a place people want to see. We have done our best, built a ring dam at a cost of Rs 65 crore and spent another Rs 35 crore for work aimed at preventing erosion of the flood prone area,” Kumar said.

“But parts of Sitab Diyara fall in UP and the government there had agreed, in principle, to do its bit way back in 2017-18,” said Kumar, who dumped the BJP about two months ago in Bihar.

“I have therefore written a fresh letter to UP CM, requesting him to speed up things progressing at a snail pace. This will help residents of that state who may be desirous of visiting the historic place,” the JD(U) leader said.

The BJP rules the neighbouring province.

Kumar, on the occasion of birth anniversary of JP on October 11, is scheduled to visit Nagaland where the socialist leader is revered.

The CM also said he will visit Sitab Diyara to pay his tributes on Saturday on the occasion of JP’s death anniversary.

The Sitab Diyara visit of Kumar, who cut his political teeth during JP’s Bihar Movement of 1974, thus falls three days in advance of the trip of Union Home Minister Amit Shah.

Shah, the BJP’s principal strategist, will attend a function which will be held on the occasion of the socialist leader’s birth anniversary.

The political import of Kumar’s utterances at the function, which his JD(U) is prominently sharing on its social media platforms, was not lost on the BJP.

The saffron party seeks to project itself as the true heir of JP, painting the Bihar CM and his ally Lalu Prasad, the RJD chief, as apostates who have allied with the Congress which the socialist leader fought against.

“The letter written by Nitish Kumar to Yogi Adityanath is a purely political move which people of Bihar and Uttar Pradesh are wise enough to decode. May the Bihar CM take a leaf out of the book of his UP counterpart and show the same resolve to tighten law and order,” BJP state spokesman and OBC Morcha national general secretary Nikhil Anand said.

He asserted that the BJP governments at the Centre and in UP were fully devoted to the development of Sitab Diyara, and said, “it is highly unfortunate that disciples of JP are now sitting in the lap of the Congress and compromising on corruption and dynasty rule”.