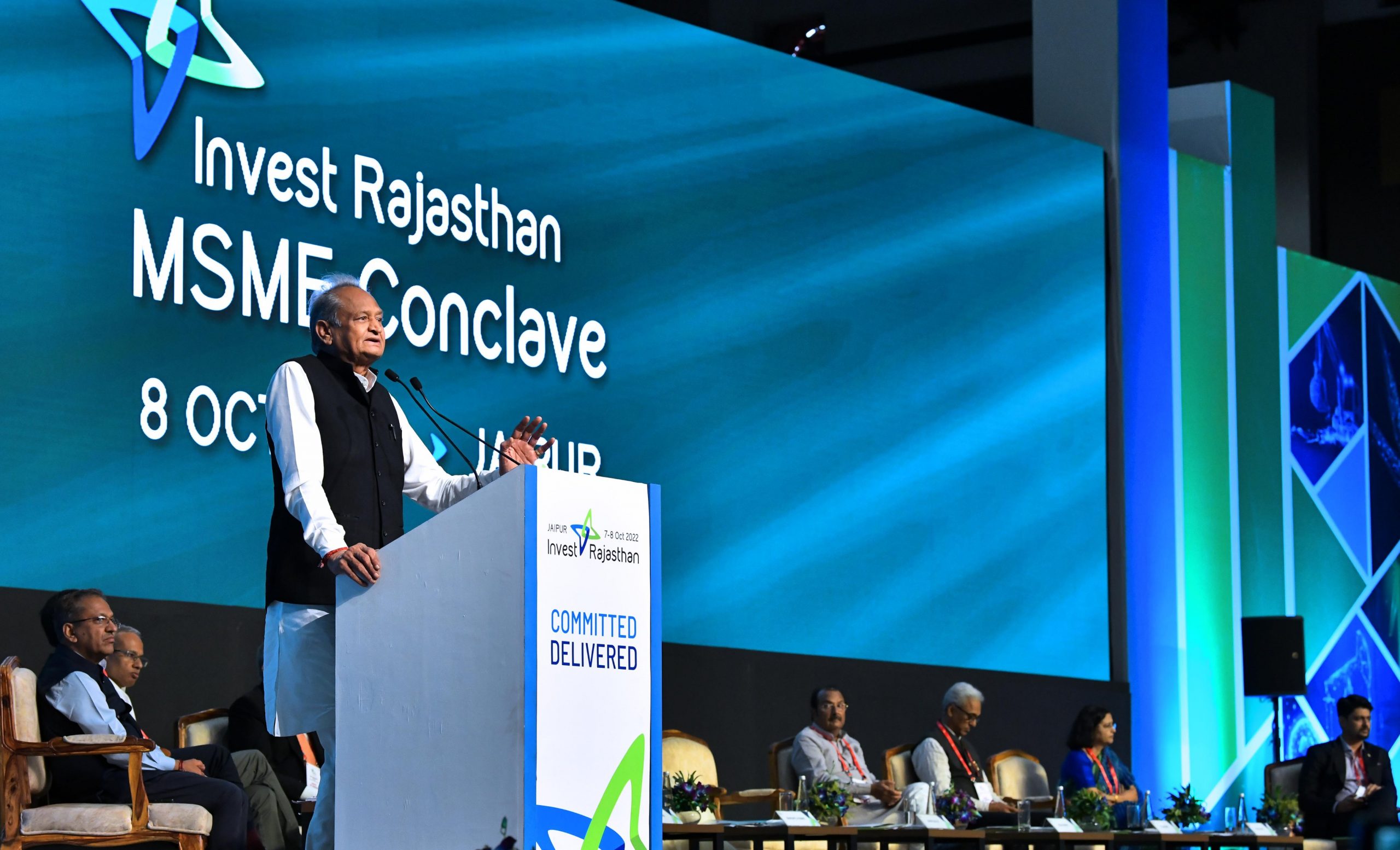 JAIPUR: Condemning the BJP for mocking the Congress after he lavished praise on industrialist Gautam Adani during the Invest Rajasthan summit, Chief Minister Ashok Gehlot on Saturday said it was not a private programme and 3,000 delegates attended it.

Be it Adani or Union Home Minister Amit Shah’s son Jay Shah, Rajasthan will welcome all because it wants investment and employment, Gehlot said.

“It is not a private event, it is an investors’ summit. Are 3,000 delegates (who attended the summit) of the Congress?” Gehlot asked, asserting their ideologies could be that of the Congress or the BJP.

“In such a situation, why do they want to create a hurdle? I condemn these people. They talked about Gautam Adani yesterday (Friday). Be it Gautam Adani or any Adani, or Ambani or Amit Shah’s son Jay Shah, we will welcome all of them here. We want employment, we want investment,” the chief minister said.

It was not clear why Gehlot clubbed Jay Shah’s name with those of industrialists Ambani and Adani as the Union home minister’s son is not known to have any major business interest.

Adani, the chairman of the Adani Group and the richest man in Asia, was seated next to Gehlot during the inaugural ceremony of Invest Rajasthan, organised by the Congress-run state government to attract investment.

The industrialist announced plans to invest Rs 65,000 crore in Rajasthan over the next five to seven years, including the setting up of a 10,000-MW solar power facility, expansion of a cement plant, and upgradation of the Jaipur International Airport.

In his speech at the inaugural ceremony, Gehlot addressed the business tycoon as “Gautam bhai” and congratulated him for becoming the world’s second richest person.

Even as Gehlot showered praise on Adani, Rahul Gandhi continued to make allegations on Twitter. Without taking any names, the Congress leader alleged that several crores rupees in loans of “capitalist friends” were waived off while others were living in debt.

“The chief minister, who constantly attacks the central government by taking Adani’s name, is not tired of praising him in front of crores of Rajasthan citizens during the last days of his unstable government,” Devnani tweeted in Hindi.

He also shared a picture of both Adani and Gehlot sitting together during the inaugural ceremony, saying it was a tight slap on the face of the Congress high command.