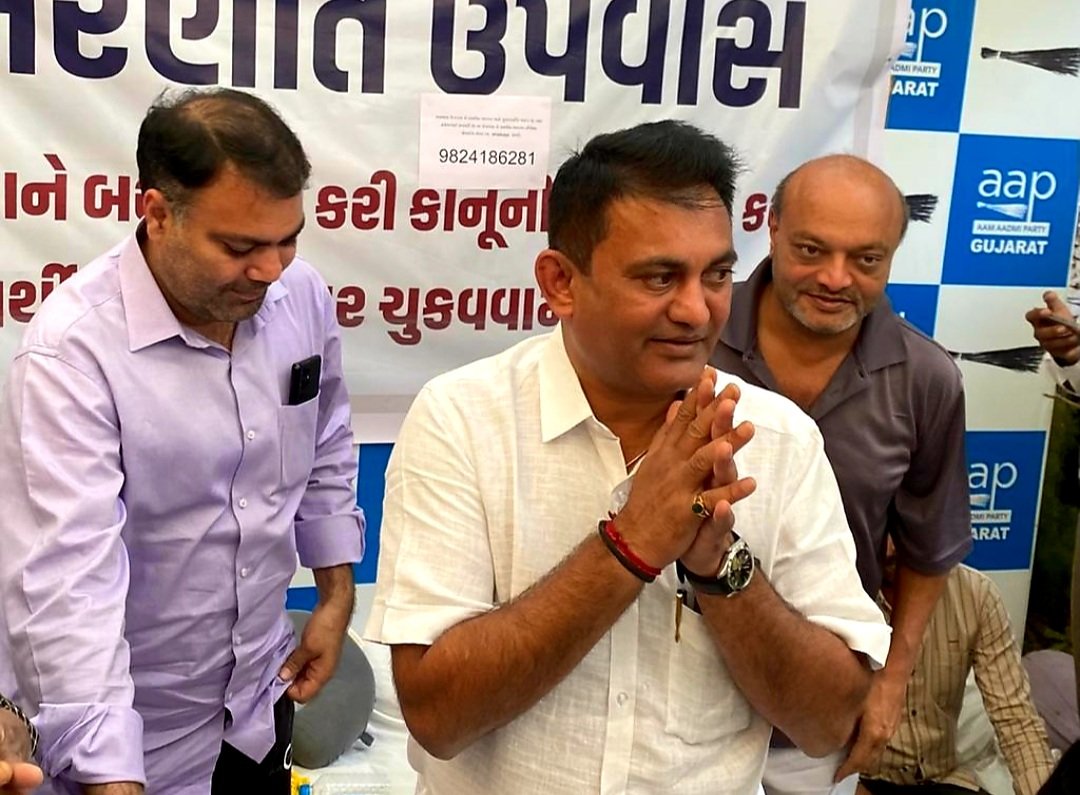 Dhanani claimed that the AAP does not have a base in rural areas and it will pose a challenge to the BJP on 66 urban and semi-urban seats in the state that the Congress has not been able to win in the last 30 years.

He also said that anti-incumbency was at its peak and people were tired of the BJP’s ”misrule”. Elections to the 182-seat Gujarat Assembly will be held by the end of this year. The state will see a three-cornered contest among the BJP, Congress and AAP.

”The entry of the third force in the form of AAP and (Arvind) Kejriwalji will benefit Congress the most. We have been facing defeat in Gujarat since the last 27 years as we had not been able to win 66 urban and semi-urban seats in the state. In the last 30 years we have won just one seat of Rajkot twice out of these 66 seats,” Dhanani told PTI.

”In the urban areas, the direct fight will be between BJP and AAP as Congress has not been able to win these seats for the past many years, it will least affect Congress,” the former leader of opposition said.

Urban seats will get divided between the two parties in the elections and the Congress will be the net gainer due to this division, the 46-year-old leader claimed.

He gave the example of the last elections to the Surat Municipal Corporation, where the AAP won 27 seats.

”These 27 seats of Surat were never with Congress. With BJP losing them and AAP winning them, Congress was least-affected,” he said, adding that in the coming elections the same will be the case.

”If AAP wins urban seats of Gujarat from the BJP, the ruling party will be the loser. Congress’s prospects will not be affected due to it,” the three-time MLA from Amreli constituency said.

He said that the AAP and Kejriwal have no base in the rural areas of the state. ”Rural voters like last time will remain with the Congress party. AAP will not be able to win over rural voters of the Congress. Our party had won rural seats in the 2017 elections. We got 78 seats, barring a few, most of them were rural seats,” Dhanani said.

Targeting Prime Minister Narendra Modi, he said that after 27 years of the BJP rule in the state and eight years of its government at the Centre, the PM cannot blame the Congress for the plight of the people.

The Congress leader said that his party is thankful to Kejriwal as the focus is back on the basic issues.

”With the advent of Kejriwalji, one thing is clear – instead of Hindutva, basic issues like health, education, unemployment, inflation and roads have come to the fore among urban voters,” he added.

The Congress has been raising the same issues, but due to the poison spread against the party, especially urban voters did not believe them, Dhanani claimed.