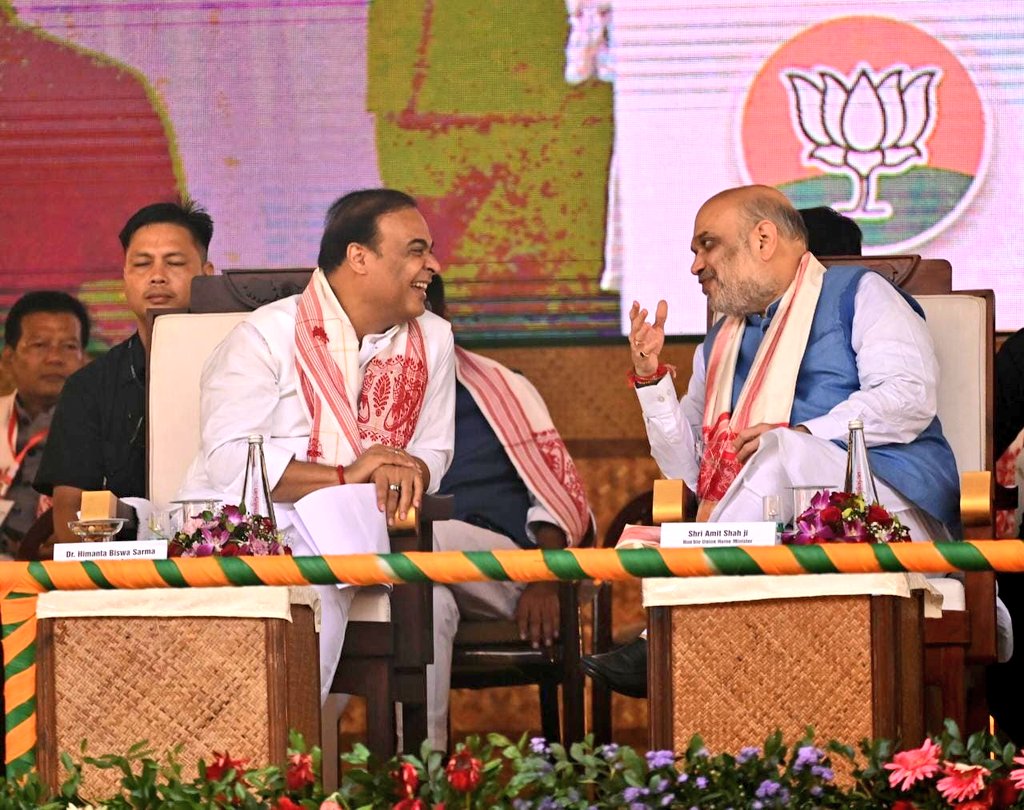 GUWAHATI: The BJP has set a target of winning 12 out of 14 seats in Assam in the 2024 Lok Sabha elections, Chief Minister Himanta Biswa Sarma said on Saturday.

“Assam has 14 Lok Sabha seats and we won nine last time. This time, we will have to win at least 12 seats,” he said in presence of BJP president JP Nadda and Union Home Minister Amit Shah.

“We will not stop till the Lok Sabha polls. We want to see Narendra Modi as prime minister for the third time,” he added.

In the 2019 Lok Sabha elections, three seats were won by Congress, one by AIUDF and one was bagged by an Independent.

Referring to the recent ban on Popular Front of India (PFI), he said that the government has resolved to permanently eliminate fundamental groups from the soil of Assam.

He announced that an “ambitious scheme” worth Rs 5,000 crore will be rolled out over the next one year to generate self-employment opportunities for two lakh youths of the state.

“We have given appointments to 38,983 youths out of the promised one lakh government jobs. We will complete the target within the next six-seven months,” he said.

Sarma told the BJP workers that 7,000 more families in each constituency will be added in its flagship ‘Orunodoi’ scheme, under which the state government provides monthly monetary assistance of Rs 1,000, which will be enhanced to Rs 1,250 from this month.

Speaking at the function, Union Shipping, Ports and Waterways Minister Sarbananda Sonowal said peace has returned to Assam after BJP came to power at the Centre as well as in the state.

“Years of Congress misrule had darkened Assam, and Northeast was the most backward region in India. Assam and Northeast progressed due to the leadership of Prime Minister Narendra Modi,” he said.