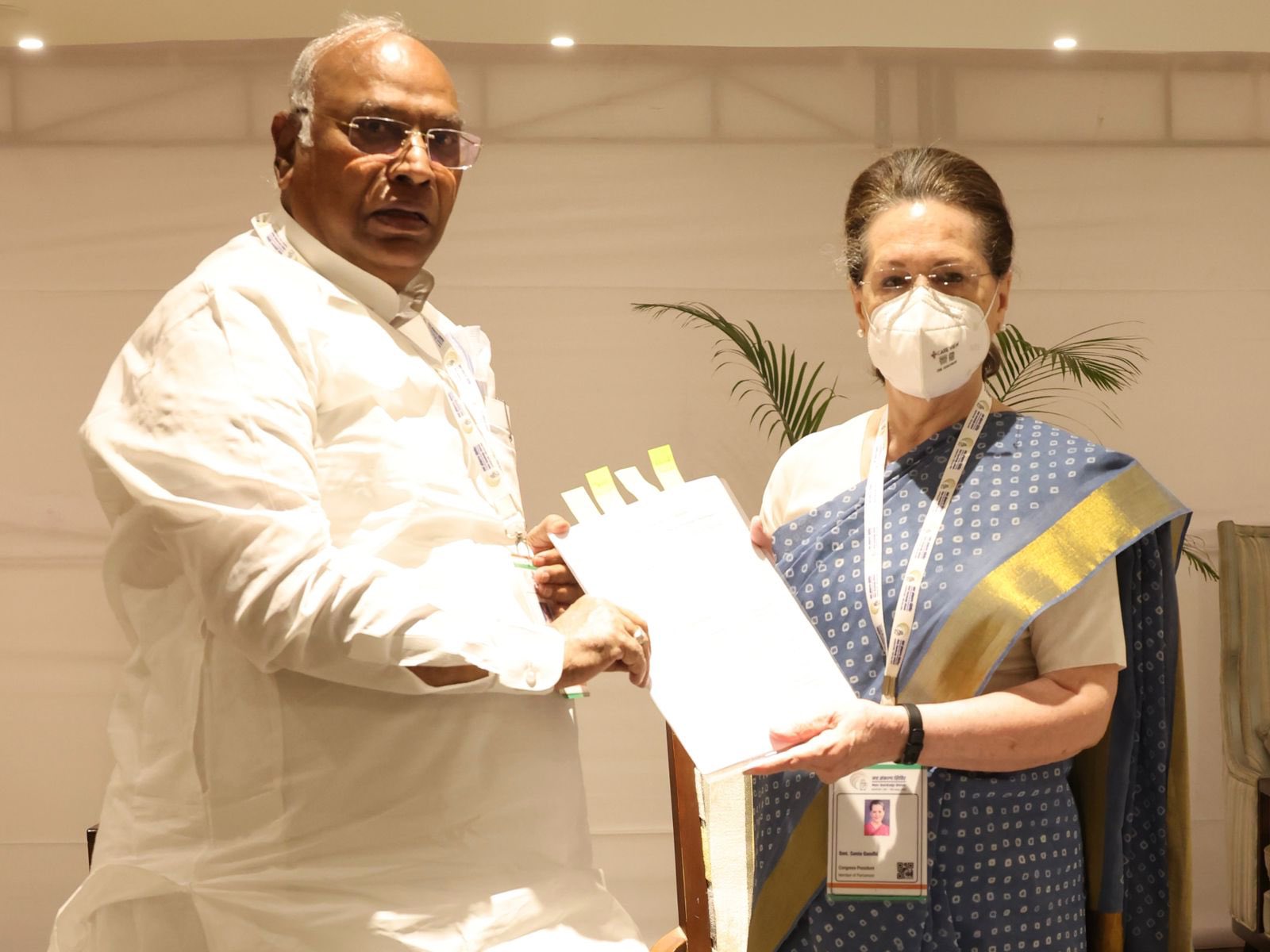 AMARAVATI: Senior Congress leader Mallikarjun Kharge on Saturday expressed regret that none from the Gandhi family was running for the party chief’s post and said he took the plunge on advice of all in the party.

As part of his campaign for the AICC presidential post, Kharge visited the headquarters of Andhra Pradesh Congress Committee in Vijayawada.

Kharge said he played a long innings in Karnataka politics and contested the Lok Sabha elections in 2009 on the advice of current party president Sonia Gandhi.

“Election for the Congress president’s post became inevitable as Sonia Gandhi, Rahul and Priyanka refused to take it up. So I have jumped into the fray for the president’s post on the advice of all in the party,” Kharge told reporters after addressing the AP Congress leaders.

“I served as Union Labour and Social Justice minister,” he said and also mentioned his tenure as Congress party leader in Lok Sabha.

“It is indeed Bharat Jodo Yatra. It is the BJP that is dividing the country in the name of castes and religion,” Kharge lashed out.

Have BJP or RSS leaders sacrificed anything for the nation, he questioned and said it was the likes of former prime ministers Indira Gandhi and Rajiv Gandhi who laid down their lives for the country.

Kharge arrived in Vijayawada from Hyderabad where he earlier canvassed support for his candidature to the top party post. From the airport, he drove to the state Congress headquarters Andhra Ratna Bhavan.

For the AICC president’s election slated for October 17, the polling station related to AP is being set up in Kurnool city. About 350 delegates from the state are eligible to vote in the election.

Along with Kharge, party leader Shashi Tharoor is also running for the top post.