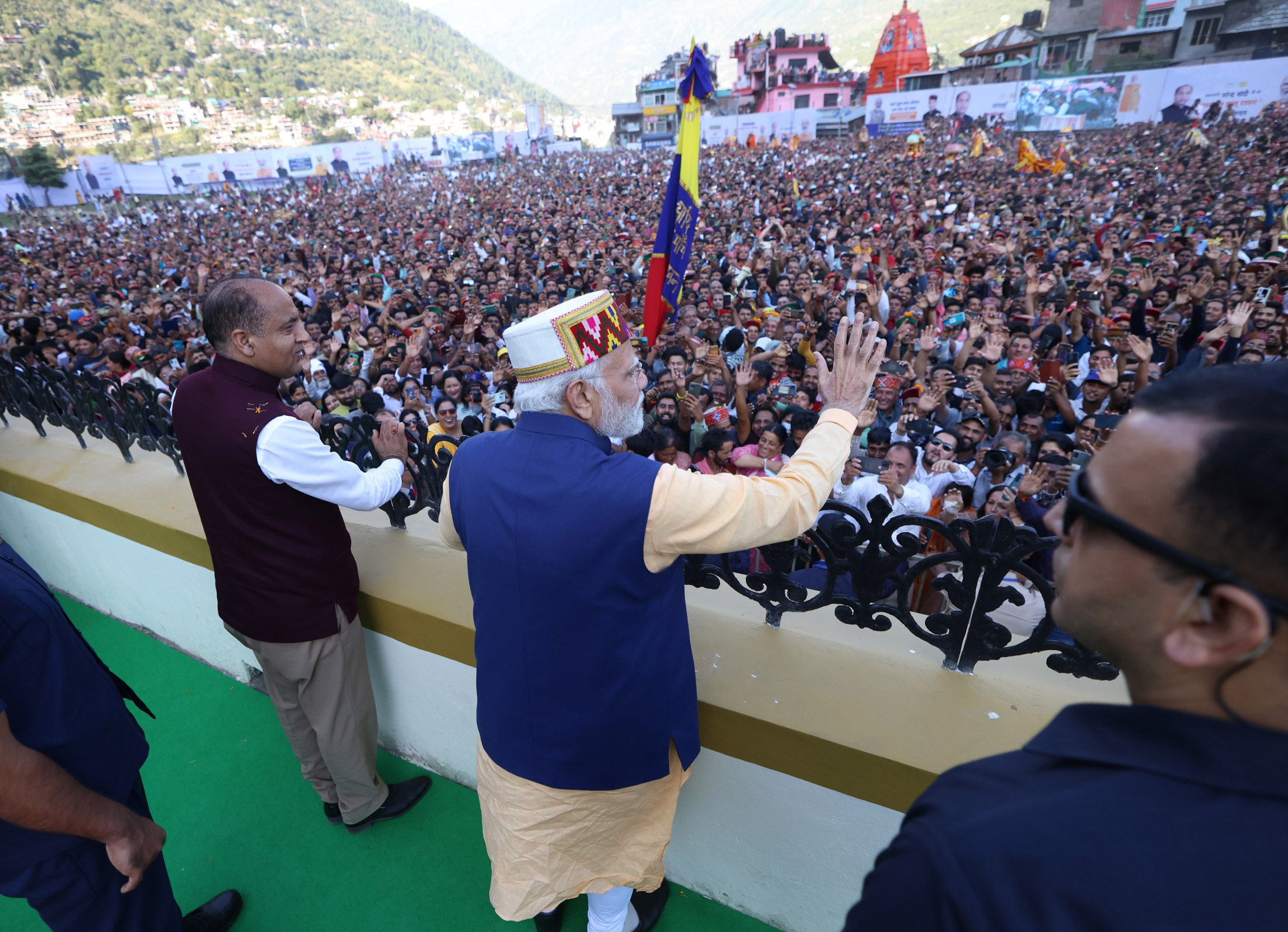 PM participates in the Kullu Dussehra celebrations at the Dhalpur Ground of Kullu, in Himachal Pradesh on October 05, 2022.

This will be Modi’s second visit to the hill state in nine days. Earlier, he visited Bilaspur and Kullu districts on October 5.

In a statement, Thakur said the prime minister will address a public meeting at the famous Chamba Chowgan during his visit.