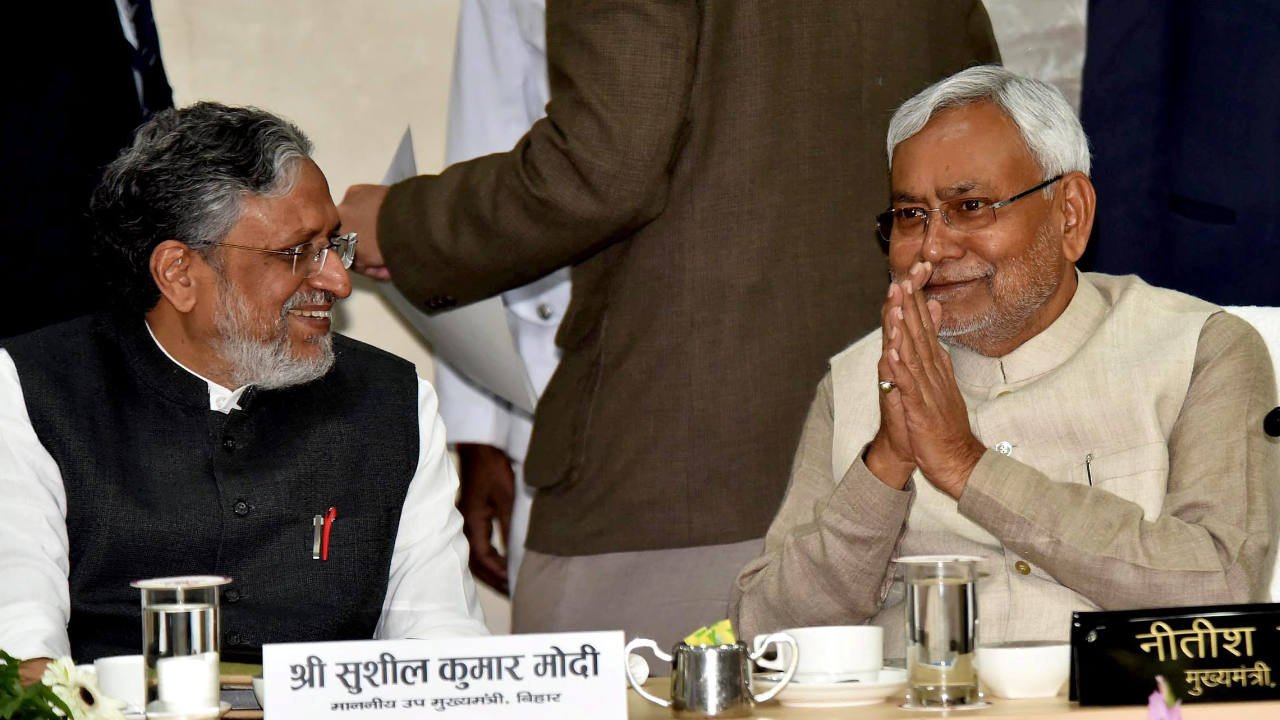 At a press conference here, Modi demanded the resignation of his ex-boss whom he squarely blamed for the adverse judgement of Patna High Court that declared as “illegal” quotas for OBCs and EBCs in urban local body polls, which has caused the election process to hang in balance.

“The state’s Advocate General Lalit Kishor had through communications dated February 4 and March 12 advised the state government to set up a Commission to fulfil the Supreme Court’s triple test criteria for such quotas. On March 22 and May 11, the State Election Commission also sought instructions from the government on the matter,” claimed Modi.

The triple test required the state government to set up a dedicated commission to gather data on the backwardness of OBCs in every local body, to specify the proportion of reservation in each local body in light of the commission’s recommendations, and ensure that such reservation does not exceed 50 per cent of the total seats reserved for SC/ST/OBC together.

“But, because of the obstinacy of the Chief Minister, the Advocate General had to change his own opinion. However, the State Election Commission, mindful of the Supreme Court order which impacted recently held municipal polls in Maharashtra and Madhya Pradesh, still held the view that triple test must be fulfilled in Bihar too,” claimed the Rajya Sabha MP.

The Advocate General could not be reached for his comments.

Sushil Modi asserted that contradictory stances of the SEC and the state government resulted in the High Court striking down the reservations on October 4.

“Kumar knows that EBCs are supporters of Prime Minister Narendra Modi so he has given up on them. We demand that municipal polls be held at the earliest by fulfilling all the necessary criteria for OBC and EBC quotas. Candidates who have lost their money in campaigns be compensated by the state government, Modi said.

He also demanded that Kumar take moral responsibility for the “humiliation” of the EBCs and tender his resignation.

Modi recalled that he was the state’s minister for urban development when quotas for EBCs were introduced in urban local bodies in 2007.

“The Supreme Court order for the triple test has been in force for the last 12 months. Nitish Kumar remained adamant, labouring under the impression that just because elections were held without the triple test in 2007, 2012 and 2017, these will be allowed this time too. The result has come in a judgement that deprives the EBCs of their rights,” alleged the BJP leader, whose party lost power in the state two months ago.

The Patna High Court on October 4 ruled that reservations for OBCs and EBCs in the state’s urban local body elections were “illegal” and ordered that the process be held by “re-notifying” reserved seats as general category ones.

The SEC has, subsequently, put on hold the polls which were to be held in two phases on October 10 and 20.

Modi, a former loyalist of Kumar who has become the latter’s strident critic since the upheaval of August, also alleged that the JD(U) leader, who counts on the EBCs’ support for his political clout, no longer cared about the sizeable, but politically disorganised social group.

Kumar now has more faith in the Muslim-Yadav (MY) combination, alleged the BJP leader, referring to the support base of Lalu Prasad’s RJD, with which the CM has forged an alliance after dumping the saffron party.