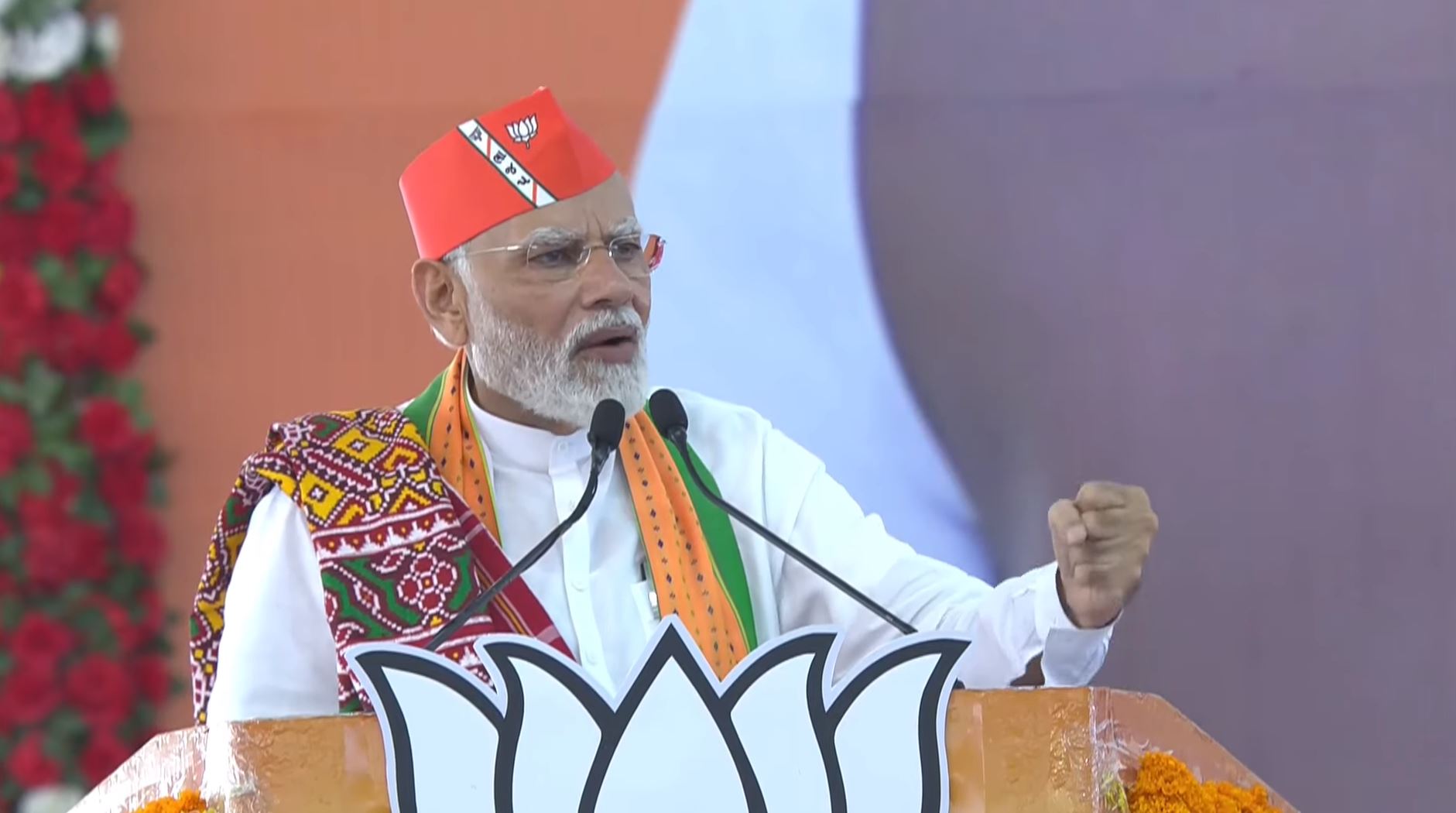 BHARUCH: Prime Minister Narendra Modi on Monday said ‘Urban Naxals’ were trying to gain entry into Gujarat by changing their appearance, but the state will not allow them to destroy the lives of youth.

Sharing glimpses from the public meeting in Bharuch. Over 2 decades ago, Bharuch faced monumental challenges including poor law and order, lack of adequate power and water supply, migration to other places. Things are different now and there is great prosperity in the district. pic.twitter.com/xg7TlRO5j6

The PM was speaking after laying the foundation stone of the country’s first bulk drug park in Gujarat’s Bharuch district.

“Urban Naxals are trying to enter the state with new appearances. They have changed their costumes. They are misleading our innocent and energetic youth into following them,” Modi said in a veiled attack on the Aam Aadmi Party (AAP) which is trying to make inroads into Gujarat ahead of the state Assembly polls due later this year.

The Urban Naxals are setting foot from above. We won’t let them destroy our young generation. We should warn our children against the Urban Naxals who have taken up the task of destroying the country. They are agents of foreign powers. Gujarat will not bow down its head against them, Gujarat will destroy them,” the PM said.

Modi also said when he took over as the prime minister in 2014, the Indian economy was ranked 10th in the world, and it has now come to the fifth position.