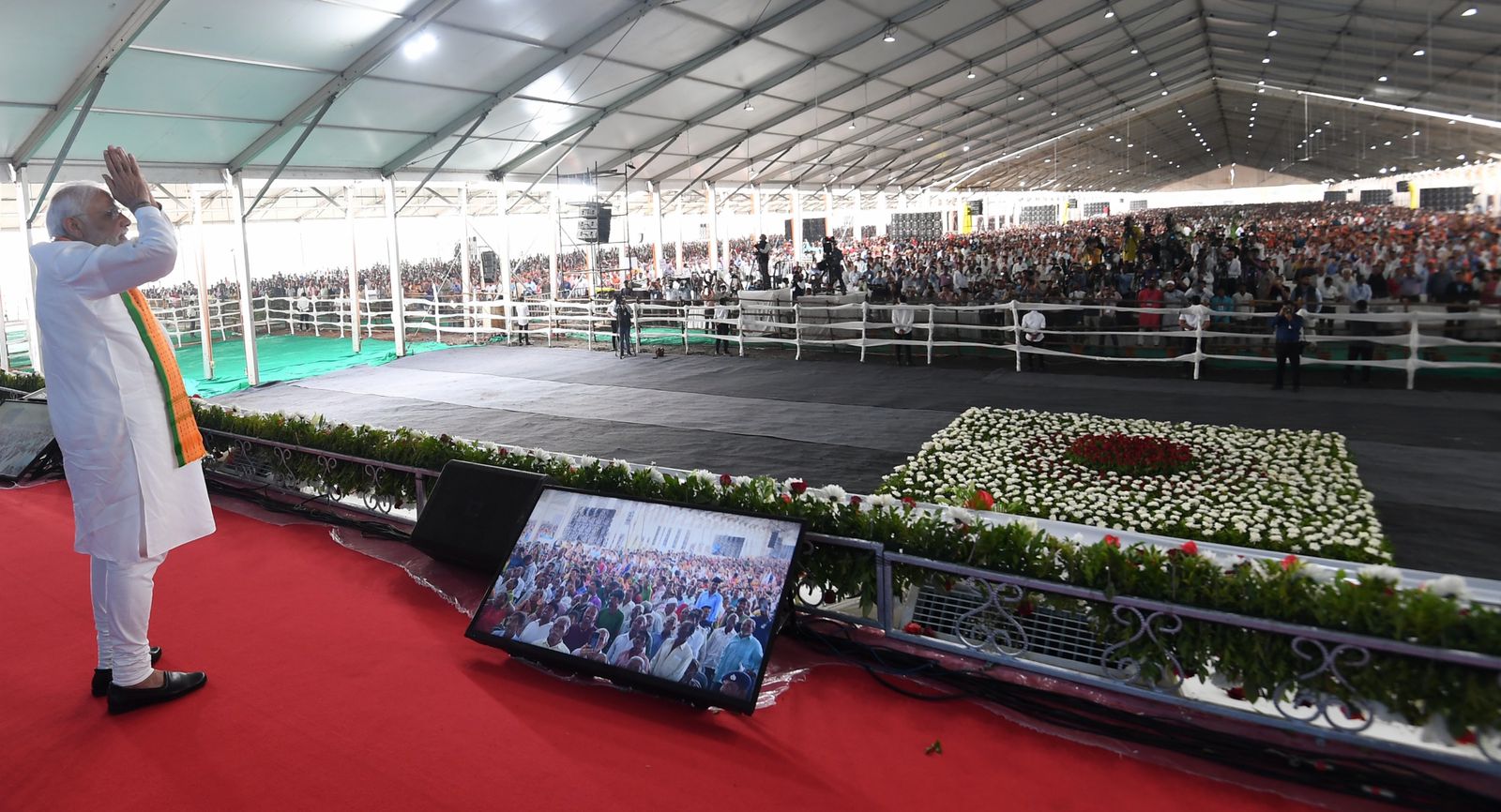 ANAND: Sardar Patel resolved issues of merger of other princely states, but “one person” could not resolve the Kashmir issue, Prime Minister Narendra Modi said on Monday, in a veiled attack on Jawaharlal Nehru.

Addressing a rally here ahead of Gujarat Assembly elections due this year-end, Modi said has was able to resolve the long-pending Kashmir issue as he is walking in the footsteps of Sardar Patel.
“Sardar saheb persuaded all the princely states to merge with India. But another person handled this one issue of Kashmir,” Modi said, without naming India’s first prime minister.

“As I am following the footsteps of Sardar saheb, I have values of the land of Sardar and that was the reason I resolved the problem of Kashmir and paid true tributes to Sardar Patel,” Modi said.

Modi was addressing a public meeting organised by the BJP at Vallabh Vidyanagar in Anand district. Further targeting the previous Congress governments in Gujarat, Modi said while they constructed dams, no canal network was created to carry water.

“Did they make dams for darshan (show)?” the PM asked, adding that he took up the work and completed it in 20 years.

“With water reaching everywhere, Gujarat has seen a growth of 9 to 10 per cent in agro products,” he said. Modi also said that “Urban Naxals” tried to stall Sardar Patel’s dream project of the Sardar Sarovar dam. The matter was caught up in litigation.

“They wasted 40-50 years of our time, made us run from pillar to post in courts, wasting money of the poor people of Gujarat. Today, the Sardar Sarovar dam, the dream of Sardar Saheb, is completed,” he said.

Addressing the BJP workers, Modi said if they get to talk to these Congress members, ask them whether they ever visited the world’s tallest Statue of Unity constructed in the honour of Sardar Patel.