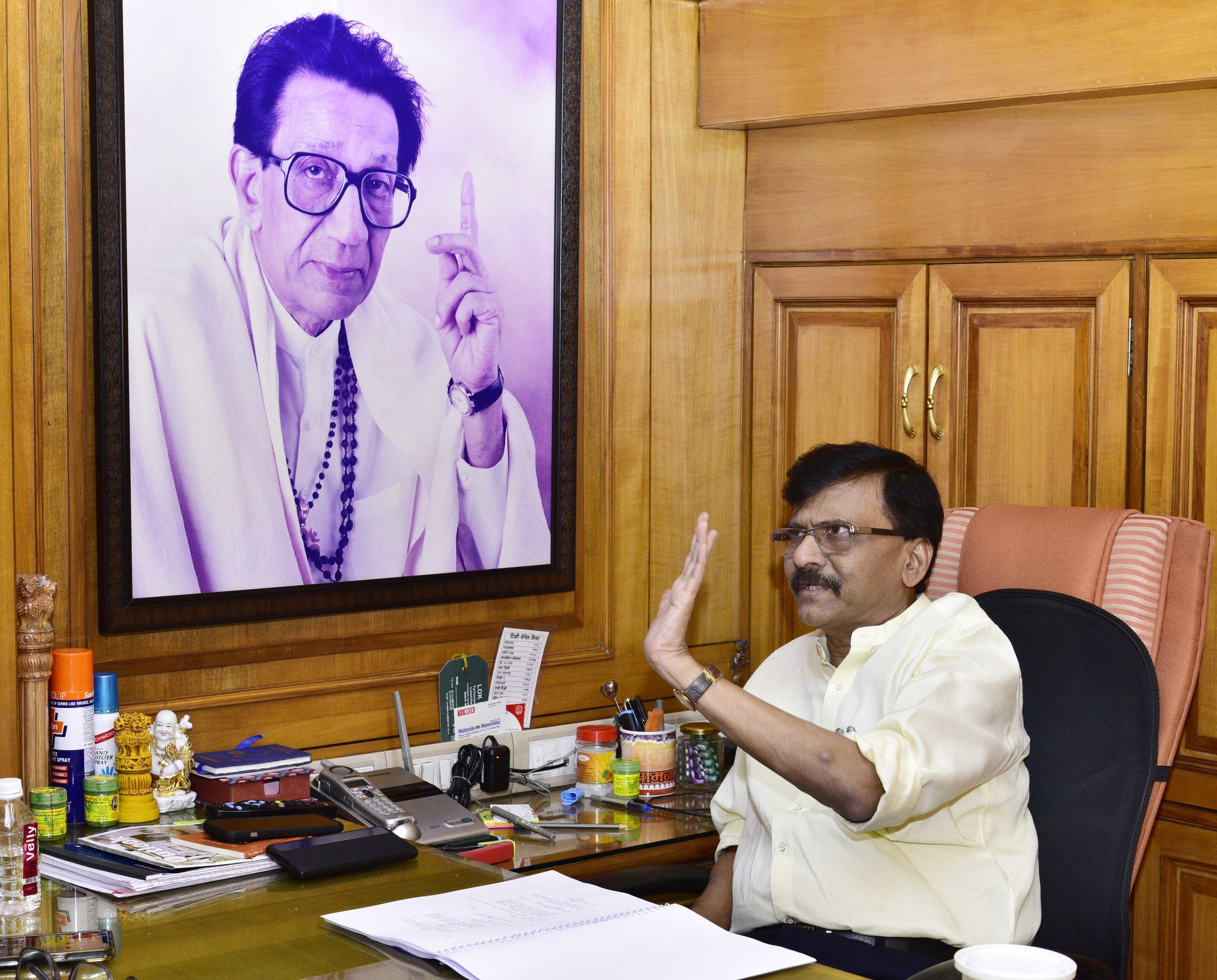 MUMBAI: Shiv Sena MP Sanjay Raut, an accused in a money laundering case investigated by the Enforcement Directorate, on Monday said a new election symbol for the Uddhav Thackeray-led faction could bring a “big revolution” in the coming days.

Raut was produced in the special Prevention of Money Laundering Act (PMLA) court as his judicial custody expired on Monday. His bail application is being heard by special judge M G Deshpande.

Family members and supporters of Raut were present on the court premises when he was brought there. They greeted him and interacted with him before the proceedings of the court.

Responding to a question about the Election Commission’s interim order freezing the “bow and arrow” symbol of Shiv Sena and barring the factions led by Thackeray and Chief Minister Eknath Shinde from using the party name, Raut said, “the new symbol for Shiv Sena (Thackeray camp) could bring a big revolution for the party”.

This is not the first time when a party faced such a situation wherein its symbol is frozen, he said.

Raut said the EC may have barred the Sena from using the party’s name for now but the soul of the party remains.

“It is not easy for the Eknath Shinde camp to usurp the name (Shiv Sena) and the ‘bow and arrow symbol easily. The rebel camp might not get it (the poll symbol) so soon,” Raut said, adding Shinde is the most hated man in Maharashtra right now.

The factions led by Thackeray and Shinde have formally submitted to the EC their choice of three symbols and names each as directed by the poll body.

Thackeray had on Sunday asked the Commission to finalise one of three symbols- a trident, burning torch, and rising Sun- finalised by his camp and a name without delay ahead of the Andheri (East) bypoll scheduled on November 3.

Raut was arrested by the ED on August 1 in a money laundering case linked to alleged irregularities in the redevelopment of Patra ‘chawl’ in Mumbai. He is currently in judicial custody.

The ED probe pertains to alleged financial irregularities in the redevelopment of the chawl or tenements in suburban Goregaon and related financial transactions allegedly involving his wife and associates.

Additional Solicitor General Anil Singh, appearing for ED, on Monday made his submissions against Raut’s bail plea in the court.

Singh argued that a large amount of loan received from financial institutions was not utilised for the intended purpose (redevelopment of the chawl).

“All the tenants of the 672 flats are sufferers as they are out of home,” the ASG added.

Singh will continue his arguments on October 17.