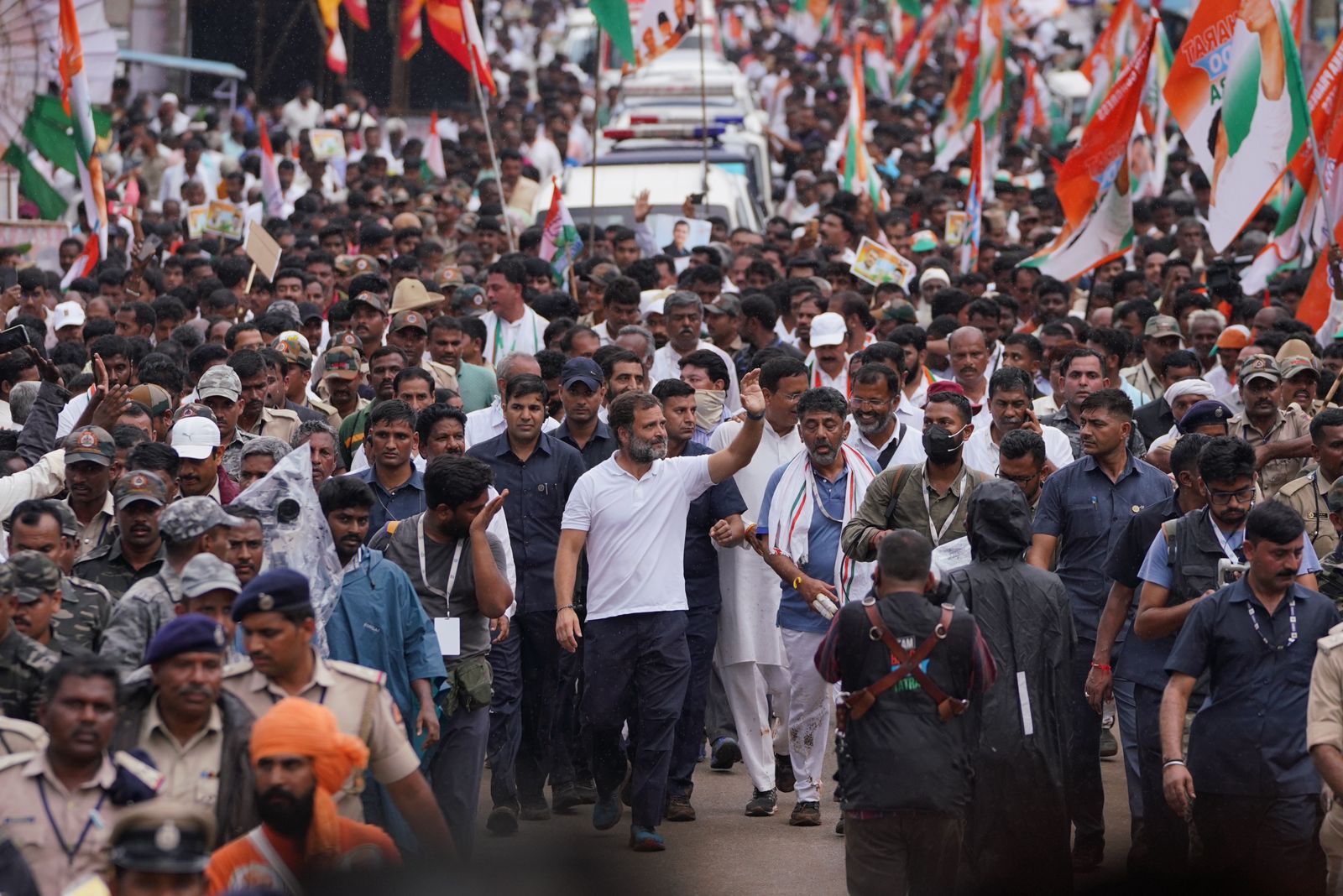 HIRIYUR: Two days after he did a short sprint with former Karnataka chief minister Siddaramaiah, Rahul Gandhi did a “balancing act” on Monday by making state Congress chief D K Shivakumar run with him during the party’s Bharat Jodo Yatra.

Gandhi was accompanied by Shivakumar while he walked from Tumkur to Hiriyur in the southern state. The former Congress chief even made the 60-year-old leader run with him.

Shivakumar kept holding the Congress flag as he ran for a short distance with Gandhi.

Both Siddaramaiah and Shivakumar are vying for the chief minister’s post as the Congress seeks to wrest power back from the Bharatiya Janata Party (BJP) in Karnataka.