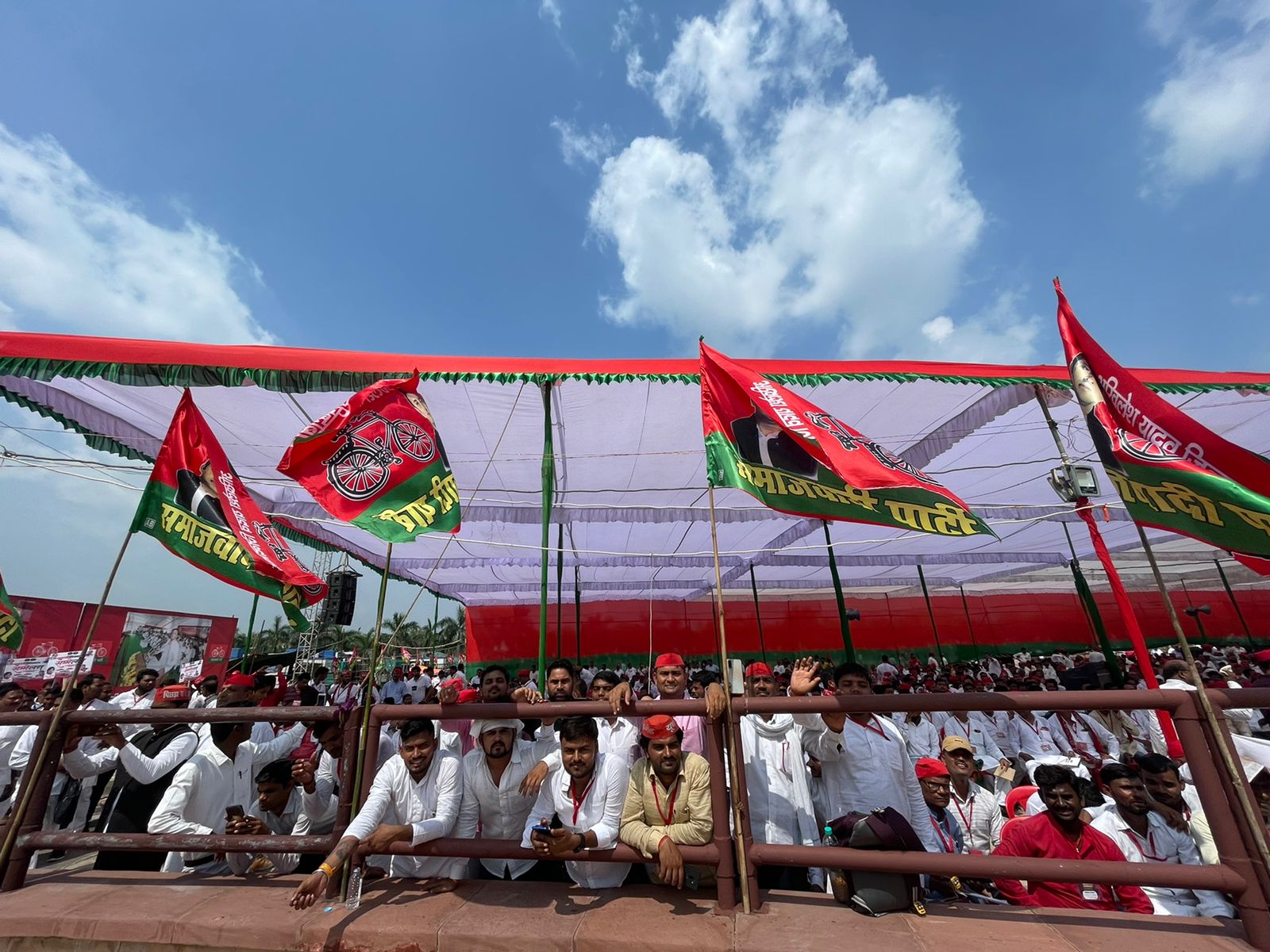 LUCKNOW: Samajwadi Party (SP) founder Mulayam Singh Yadav’s death might not have any direct political impact on the party, but its President Akhilesh Yadav will now have to work without his “shield and shadow.”

Besides, the party is sure to miss Mulayam Singh’s emotional bonding with every camp and also his expert guidance in crucial times, according to political observers and party insiders.

Akhilesh Yadav, his son, became the party president in 2017 after a feud with uncle Shivpal Yadav. Even though he is already at the helm of affairs and has his team in place, Mulayam Singh has left behind him a void which will be hard to fill, they believe.

According to political observer JP Shukla, Mulayam had stopped running the everyday affairs of the party long back, but his blessings were sought before every major decision by the party chief.

“Mulayam had founded the party but he had not interfered in the party’s functioning for the past several years. His name was a shield for Akhilesh in whatever decision he took. He used to claim the support of his father,” Shukla said.

“After his demise, Akhilesh will have to work without his shadow. While it will make no difference in the internal matters of the party, there will be a psychological impact.

A senior party member said that though Mulayam Singh had distanced himself from the party’s politics, he never stopped giving advice on crucial matters.

“Netaji was not active in politics due to health reasons. But here in SP, leaders used to visit him for his advice and at times, for his recommendations for party tickets and posts.

“Netaji had sound knowledge of who is doing what, and he used to enquire about others also when you met him,” said former SP MLC Anand Bhadauria.

“He was our guiding force. He used to tell us not to shy away from the path of struggle and come on roads to protest on matters of people’s interest. We will certainly be missing him,” he said.

Several party leaders used to approach ‘Netaji’ for favours and recommendations of their names to Akhilesh Yadav. Netaji many a time even acted on such requests and initiated a talk, another senior leader said.

He recalled the 2019 Lok Sabha polls when SP had entered into an alliance with BSP and gave 38 seats to it agreeing to contest from 37 seats.

Netaji did not agree with the decision and had openly expressed his unhappiness at giving half the seats (out of 80) to the BSP.

He had once even said that Akhilesh may give tickets, but he, Mulayam, can change the decision, said another party leader, who did not wished to be named.

Former SP MLC Rajpal Kashyap, who was considered Mulayam’s loyalist, and is not active in politics anymore, said Mulayam Singh was not only a guiding but “uniting force” of the party too.

“No one in the party ever challenged anything Netaji said. If he came to know about differences between anyone, he always ensured that everything is sorted out and would not allow personal differences to hinder the growth of the party,” Kashyap said.

Even in 2017, when there were differences between Akhilesh Yadav and uncle Shivpal Singh Yadav, Mulayam Singh was visited by both of them, who presented themselves whenever he called them.

After Shivpal Yadav formed his own party, he also visited him for his blessings.

Mulayam’s brother Shivpal Yadav formed Pragatisheel Samajwadi Party Lohia (PSPL) in 2018 and is working to strengthen it. His daughter-in-law Aparna Bisht Yadav is in BJP.

The family till now used to gather at one place with Mulayam and also did not speak in the open against each other.

Now with the veteran leader gone, the family members are on their own and only time will tell how things move without him in future.