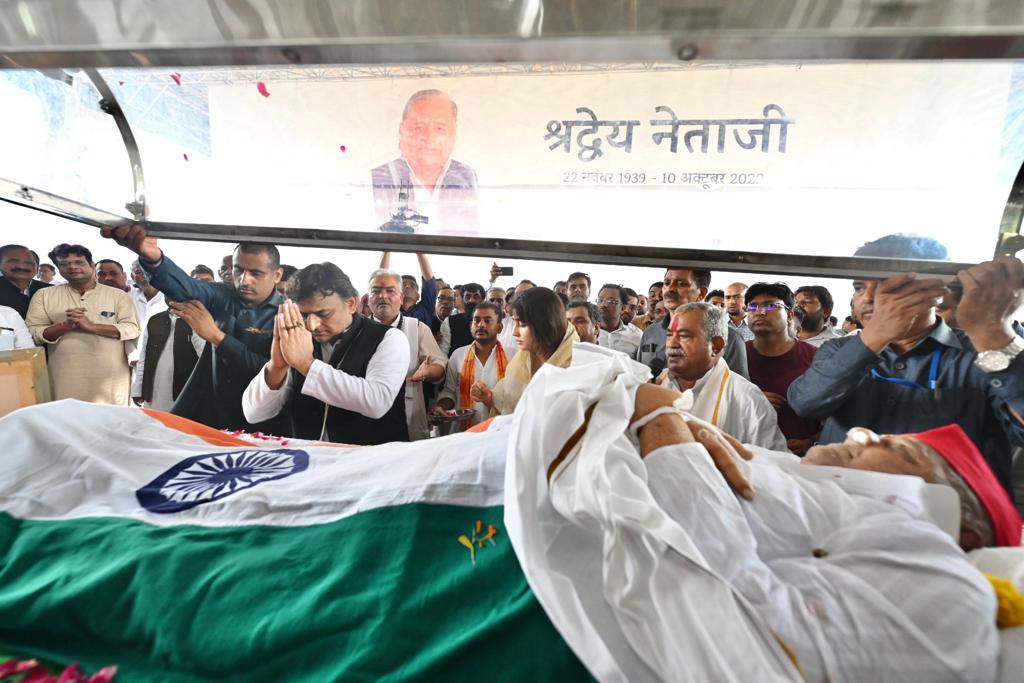 His body was brought to Saifai on Monday evening. A large number of people and dignitaries turned up for his funeral in Saifai on Tuesday.

BJP leader Rita Bahuguna Joshi, one of the opposition party leaders who arrived early, said Yadav never considered his political opponents as enemies and that he shared a personal bond with every leader.

Yoga guru Baba Ramdev, too, was seen accompanying Akhilesh Yadav at the ceremony.

Mulayam Singh Yadav, who had also served as the defence minister, passed away aged 82 at a private hospital in Gurugram on Monday.

His mortal remains were brought to Saifai that evening and kept at his ‘kothi’, where thousands descended to pay their last respects to their “netaji”, as he was fondly called.