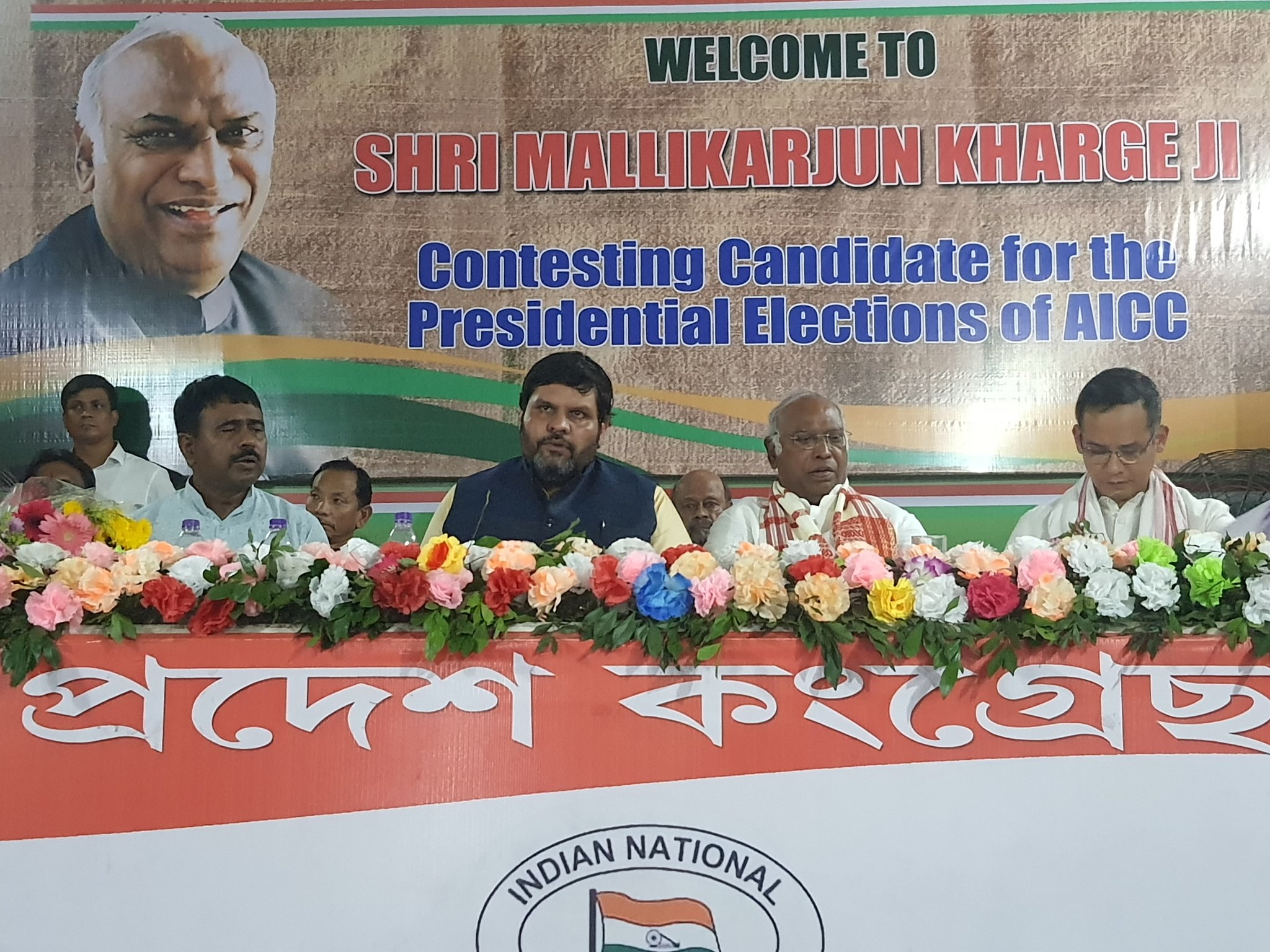 PATNA: Congress presidential candidate Mallikarjun Kharge on Tuesday said that he was asked to contest the election for the top party post less than 24 hours before he filed the nomination papers.

Kharge, who proudly recalled his several decades’ old association with the party, underscored that he has entered the fray while holding the view that former Congress president Rahul Gandhi should have taken up the mantle.

“I was asked to fight the presidential poll 18 hours before the filing of nomination papers. When I questioned why am I being asked to throw my hat in the ring, I learnt that Rahul Gandhi does not want any member from his family to occupy the top party post”, Kharge told a press conference at the Bihar Congress headquarters here.

Widely seen as the clear favourite, Kharge, added “I am of the belief that the party needs Rahul Gandhi and his leadership. He should have been the party president again. But I respect the nobility of his sentiments”.

It is widely believed that Gandhi has put his foot down to blunt the BJP’s allegation of “dynasty rule” in the Congress.

The octogenarian iterated that his priority, if he is elected as national president of the party, would be to ensure implementation of the ‘Udaipur Declaration’, including 50 per cent tickets in elections to those aged under 50 years.

‘Udaipur Declaration’ is a set of proposals that was adopted at a ‘chintan shivir’ (brainstorming session) organised by the Congress in Rajasthan in May this year. In remarks that may be construed as an indirect dig at his rival Shashi Tharoor, Kharge said he saw no need for releasing his manifesto or giving too many interviews in the media.

Tharoor, party MP from Thiruvananthapuram, is also in the race for the post. “These elections are like an internal family matter (ghar ki baat). I am here to play a role but there are many things which I would not like to say in public”, said the veteran leader.

He also asserted that the Congress was committed to “saving the Constitution” which was allegedly under assault from the ruling BJP at the Centre.