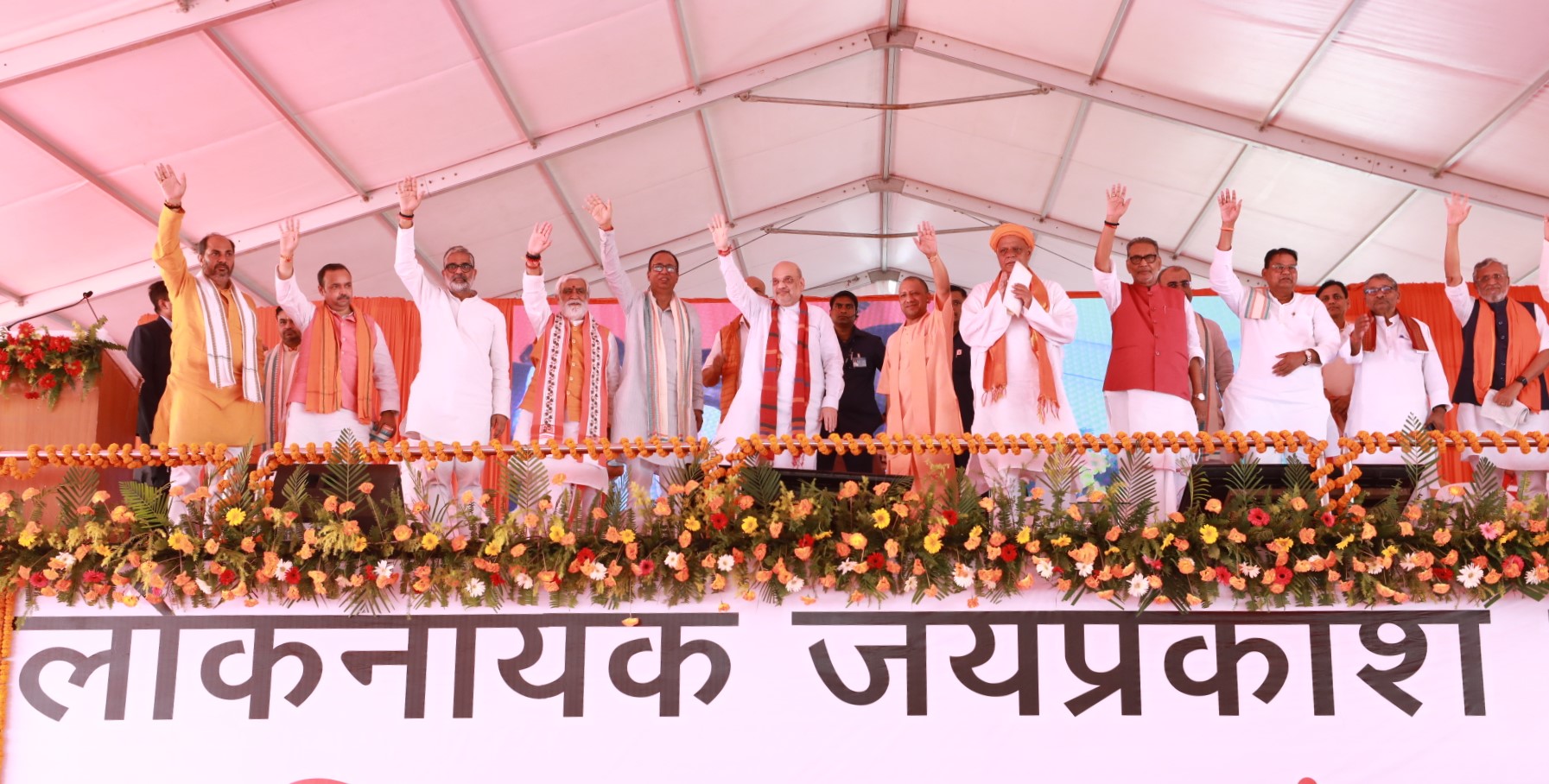 Shah was addressing a function on the occasion of Lok Nayak Jayaprakash Narayan’s 120th birth anniversary, organised at this village in Saran district where the socialist leader was born.

One who has changed sides as many as five times is the chief minister was the remark of Shah, who made many indirect references to the JD(U) leader and the latter’s alliance with arch-rival Lalu Prasad’s RJD, without mentioning either by name.

Shah made the remark in an apparent reference to the chequered political journey of Kumar, who broke away with the Janata Dal to form Samata Party and tied up for a brief period with CPI(ML), before beginning a long partnership with the BJP which ended in 2013. He returned to the NDA in 2017 only to exit five years later.

In his speech that lasted about 15 minutes, Shah recounted at length the various welfare measures undertaken by Prime Minister Narendra Modi’s government and claimed that it was the BJP which was working in accordance with the philosophy of JP, as Jayaprakash Narayan was popularly known, as well as another renowned Gandhian Vinoba Bhave.

It was the second visit to Bihar within three weeks by Shah, considered the BJP’s principal strategist and who, during his previous trip on September 23-24, had told party workers in Purnea and Kishanganj districts not to lose heart over the loss of power caused by Kumar’s sudden exit from the NDA.

Shah, who has reportedly told party workers that he will visit Bihar frequently to keep their morale high, began his speech by urging the crowd to chant Bharat Mata Ki Jai in a voice that was loud enough to send a shiver down the spines of the Mahagathbandhan, the seven-party coalition that now rules the state.

The coalition includes the Congress and Shah condemned Kumar and Prasad, both of whom had cut their teeth in the total revolution movement of 1974 launched by JP, for having betrayed the legacy and sitting in the lap of the very party which had imposed the Emergency.

He also spoke of the active support received by JP from the Bharatiya Jana Sangh, the BJP’s previous avatar, and the contribution of stalwarts like Atal Bihari Vajpayee and L K Advani in the fight against the Emergency.

The function was also attended, among others, by Uttar Pradesh Chief Minister Yogi Adityanath, who took a veiled dig at the Samajwadi Party, the BJP’s principal rival in the adjoining state, and the RJD, without mentioning either political group by name.

JP was against criminalisation of politics. But we have seen in Bihar and UP that those drawing upon his legacy ended up hobnobbing with criminals, said Yogi whose bulldozer model of strict enforcement of law and order has transformed the renunciate into a popular political figure.