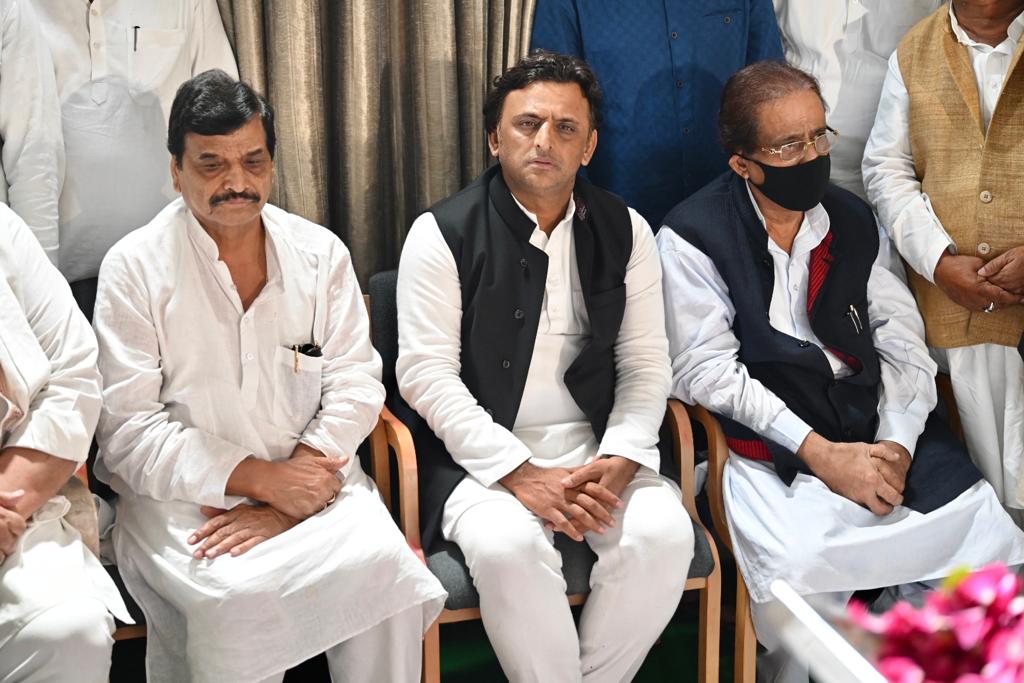 NEW DELHI: Amid hopes of rapprochement in the family after the Mulayam Singh Yadav’s demise, Shivpal Singh Yadav, estranged uncle of Samajwadi Party chief Akhilesh Yadav, on Wednesday said it is not the time to take any decision about his future course of action.

The Pragatisheel Samajwadi Party-Lohia president’s comment came in reply to a question whether the family would unite once again.

”This is not the time to take any decision. We are presently not in a situation to decide what I have to do and not,” Shivpal Yadav told reporters in Safai.

To persistent queries on his role under the changed circumstances, he said, ”Let’s see what responsibility is given (to me).” Notably, Shivpal Singh had won from the Jaswantnagar seat on an SP ticket in the 2022 Uttar Pradesh Assembly elections. But soon after, his relationship with Akhilesh turned sour yet again after Shivpal Singh was allegedly not invited to the party’s legislative meeting.

Tens of thousands of people turned up at the funeral of Samajwadi Party patriarch Mulayam Singh Yadav at his native village Tuesday, bidding farewell to a leader who influenced politics far beyond his home state. The SP patriarch, a three-time CM and former Defence minister, died at a Gurugram hospital on Monday.

In the first comment after lighting the funeral pyre of his father, Akhilesh summed up his feelings through a tweet as the male family members here got down to the post-cremation ritual of shaving off their heads.

“Aaj pehli baar laga…bin suraj ke uga savera (For the first time it felt like morning has arrived without the sun),” Akhilesh tweeted, sharing two pictures of the place where the socialist leader was cremated. Besides Akhilesh, Shivpal Yadav, who had floated his own party after falling out with his nephew, was also among those who took part in the head shaving ritual.

Recalling his brother, Shivpal Singh said, ”Netaji had very good relations with leaders of all the parties and that was evident in the huge turnout at the cremation yesterday.” ”Wherever he had been, be it Lok Sabha or Vidhan Sabha, he had the concern for the farmers and the deprived section of society,” Shivpal Singh said, adding that he had always ”served ‘Netaji’ and did whatever he asked me to do and never did anything without his assent. ”I had also formed the party after he told me to do so,” he added.

The likely bypoll to Mainpuri Lok Sabha seat, which Mulayam Singh represented in the present term, would reveal about the path taken by Chacha-Bhatija (uncle-nephew).

Mulayam Singh was cremated with full state honours on Tuesday in his native village of Saifai near the place where his first wife Malti Devi was cremated.