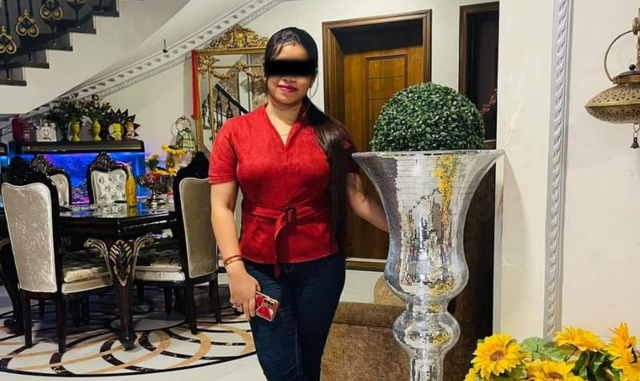 The rags to riches story of Archana, who was arrested last week on the charge of extortion, was so intriguing that an Odia filmmaker has planned to make a movie on her life.

In the police records, however, the 26-year-old woman is a blackmailer who allegedly extorted money from rich and influential people such as politicians, businessmen and film producers with threats of making public photos and videos of their intimate moments.

Born in Lanjigarh in Kalahandi, Archana was brought up in Kesinga, a nondescript town in the same district, where her mother was working, before she came to Bhubaneswar in 2015.

Police sources said that Archana initially worked for a private security firm and later joined a beauty parlour where she met Jagabandhu Chand of Balasore district and married him in 2018. It is alleged that she ran a sex racket while working in the beauty parlour.

Jagabandhu operated a used car showroom and knew monied people like politicians, builders, businessmen and others. His and Archana’s photographs with influential persons including some MLAs have gone viral on social media creating a statewide hue and cry.

Archana also befriended rich and influential people and is alleged to have provided them with company of women. Police claimed that she then took intimate pictures of these powerful persons and later blackmailed them for money.

In a complaint made at Nayapally police station, a film producer alleged that Archana demanded Rs 3 crore from him after showing him his photos with other girls.

She was arrested on October 6 on the basis of another complaint by a girl who accused Archana of using her in this racket.

Odia filmmaker Sridhar Martha said he has planned to make a feature film on the life of Archana.

The police have urged the Economic Offence Wing to probe into the financial issues related to the Archana blackmailing case.

“An internal assessment made by the police revealed that the couple has acquired properties worth Rs 30 crore in a span of only four years from 2018 to 2022,” a senior police officer said.

Bhubaneswar DCP Prateek Singh said, so far only two cases have been registered against Archana in this connection.

If other blackmailed victims lodge complaints against her, the police will initiate action, the DCP said.

Archana’s bank statements are being examined by the police.

Politics has also started playing its part in this tale of sex, money and betrayal.

Opposition Congress MLA S S Saluja claimed that her link with the ruling BJD lawmakers and ministers, if exposed, could lead to the collapse of the 22-year-old Naveen Patnaik government in Odisha.

He alleged that an effort is on to shield ruling party MLAs, ministers and youth leaders who were stuck in the trap, as had been done in some other cases earlier.

BJP Bhubaneswar unit president Babu Singh also claimed that as many as 25 political leaders including 18 MLAs and ministers, most of them belonging to the BJD, were in Archana’s network.

Rejecting the allegations, the BJD asked the Congress and the BJP to provide evidence that its leaders were involved in the matter.