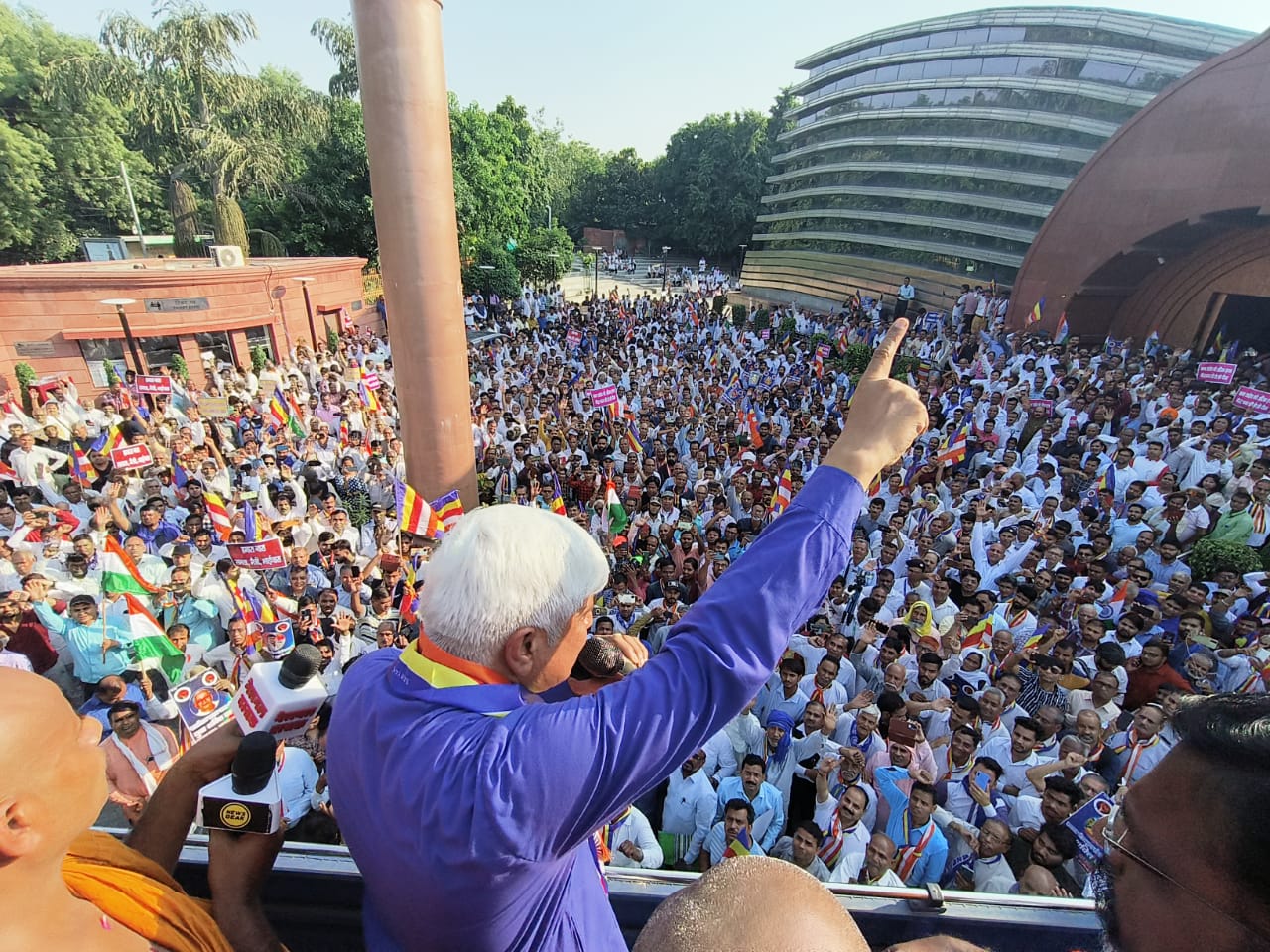 The politician marched to the Ambedkar Bhawan in Civil Lines area of north Delhi, with hundreds of supporters trailing him with placards and flags as they shouted ‘Jai Bheem, Jai Bheem.’ Gautam, who recently resigned after he got into a controversy over a religion conversion event which he presided over, said that the caste-based violence must be stopped in the country.

https://mobile.twitter.com/AdvRajendraPal/status/1580881850356051968”The incidents targeting members of a particular community on the basis of caste must come to an end. The Prime Minister and Home Minister should take strong actions. ”I Believe in Ambedkar’s constitution and law. Through Buddha, the message of peace and humanity had gone to the world from India. I believe that our country will progress with humanity and peace,” Gautam said.

He said he will conclude his march at Ambedkar Bhawan where the marchers would pay their respects with flowers to Baba Saheb Ambedkar. “We will also pledge to abolish the caste system, and for peace and brotherhood in the country,” he said.

Gautam resigned as Delhi’s social welfare minister on Sunday in the wake of a controversy over a religious conversion event where hundreds of people renounced Hindu gods and took oaths to convert to Buddhism. Asked if his march had something to do with the still smouldering controversy, Gautam said: ”This is not the first time. I have done thousands of protests in my life.”

In this article:AAP, Rajendra Pal Gautam