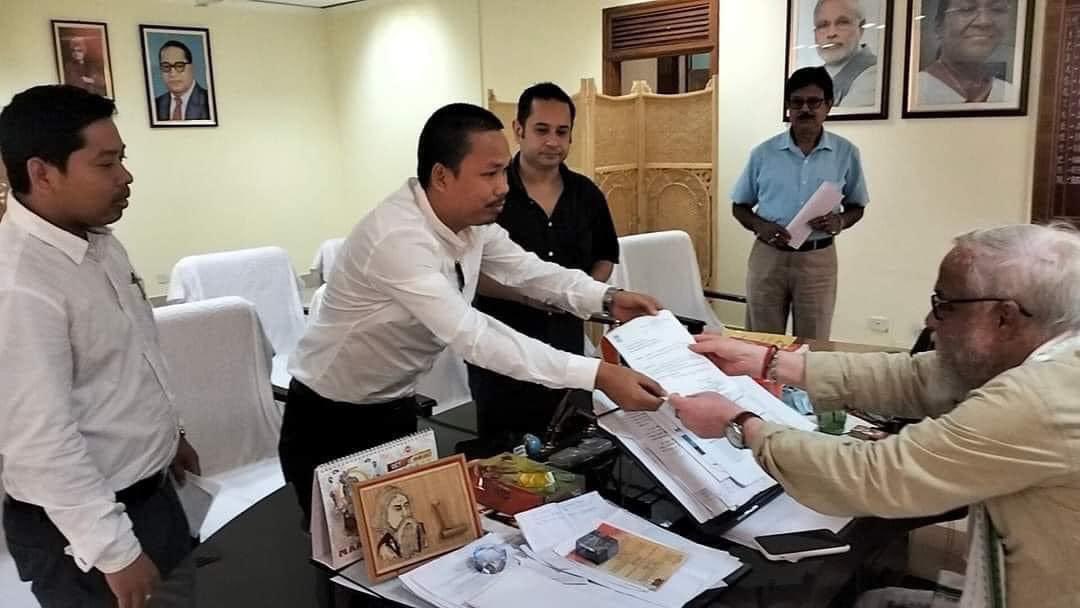 AGARTALA: IPFT lawmaker Dhananjoy Tripura resigned from the Tripura Assembly on Friday, months before the state poll citing ‘personal reasons’. IPFT is an ally of the ruling NDA in the north eastern state, where poll is due by March next year. Speaker Ratan Chakraborty said Tripura accompanied by Tipra Motha chief Pradyot Kishore Manikya Debbarma met him and submitted the resignation letter citing ”personal reasons”.

“Since he (Tripura) quit as per the law and procedure, I accepted his resignation letter”, Chakraborty said.

The ruling NDA still has absolute majority in the 60-member state Assembly with 35 MLAs from BJP and six from the IPFT.

IPFT’s strength has reduced from eight to six after Tripura’s resignation. Earlier, party legislator Brishaketu Debbarma was declared disqualified by the speaker and had joined Tipra Motha, a regional political force.

Another IPFT MLA Mevar Kumar Jamatia, who was denied cabinet berth in the Manik Saha ministry, was seen meeting Pradyot Kishore Debbarma at the Royal Palace here on Friday. Debbarma is the scion of the erstwhile royal family.

BJP MLA Burbu Mohan Tripura had quit the party and exited the Assembly in September vowing to work for Tipra Motha. The CPI(M) has 15 MLAs and the Congress one in the Tripura Assembly.