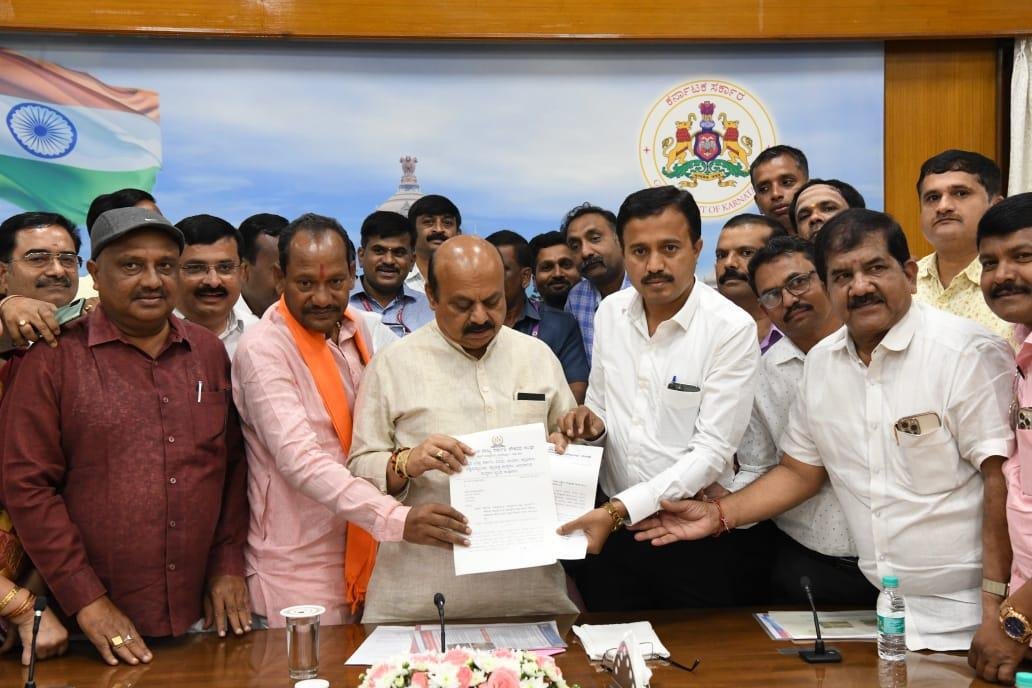 As a galaxy of Congress leaders from across the country descended on Ballari to celebrate Rahul Gandhi’s ‘Bharat Jodo Yatra’ reaching a milestone, covering 1,000 kms, Bommai said it is meaningless as the country is united and has full faith in federalism. There is no meaning to this Bharat Jodo Yatra when the country is strong enough. As I have said in the past, the missile called Rahul Gandhi had failed earlier. Now, he is being relaunched. Apart from this, there is no meaning to the Yatra, Bommai told reporters.

He sought to know the purpose behind the yatra, when the nation is unitedly progressing with faith in federalism. There is no occasion now for uniting India’ when the country is marching ahead globally in a robust way. At a time when all the countries including the G-7 nations are facing economic slowdown, India is going ahead with seven per cent growth.

Recalling that Congress president Sonia Gandhi had contested from Ballari Lok Sabha constituency in 1999 and promised to continue contesting from the segment, he alleged that she left Ballari and went back to Rae Bareily in UP, without even conveying her gratitude to the voters. The Congress had announced a package of Rs 3,500 crore, but it did not allot even a penny, he claimed.

I wonder how you (Congress) are able to face the people by organising this event. You have cheated the people there, the Chief Minister said. To a question on former chief minister Siddaramaiah’s challenge to him to walk for 4 kms, Bommai said the Congress leader has made some personal comment on him. He has said something personal about me, but I will not stoop to that level. Let him remain healthy.. take care of his health and live for 100 years, the CM said.

Siddaramaiah had apparently made a reference to Bommai facing problem with his knees causing difficulty in walking. Speaking about the BJP’s ‘Jana Sankalpa Yatra’ led by him in three districts in the last four days covering at least two constituencies in each district, Bommai said he saw unprecedented support, which was beyond their expectation.

There is no doubt that this Jana Sankalpa Yatra (March for Commitment to People) will transform into Vijaya Sankalpa Yatra (Resolution for Victory March). I am confident that we will touch our target of winning 150 seats in 2023 (general assembly election), he said.