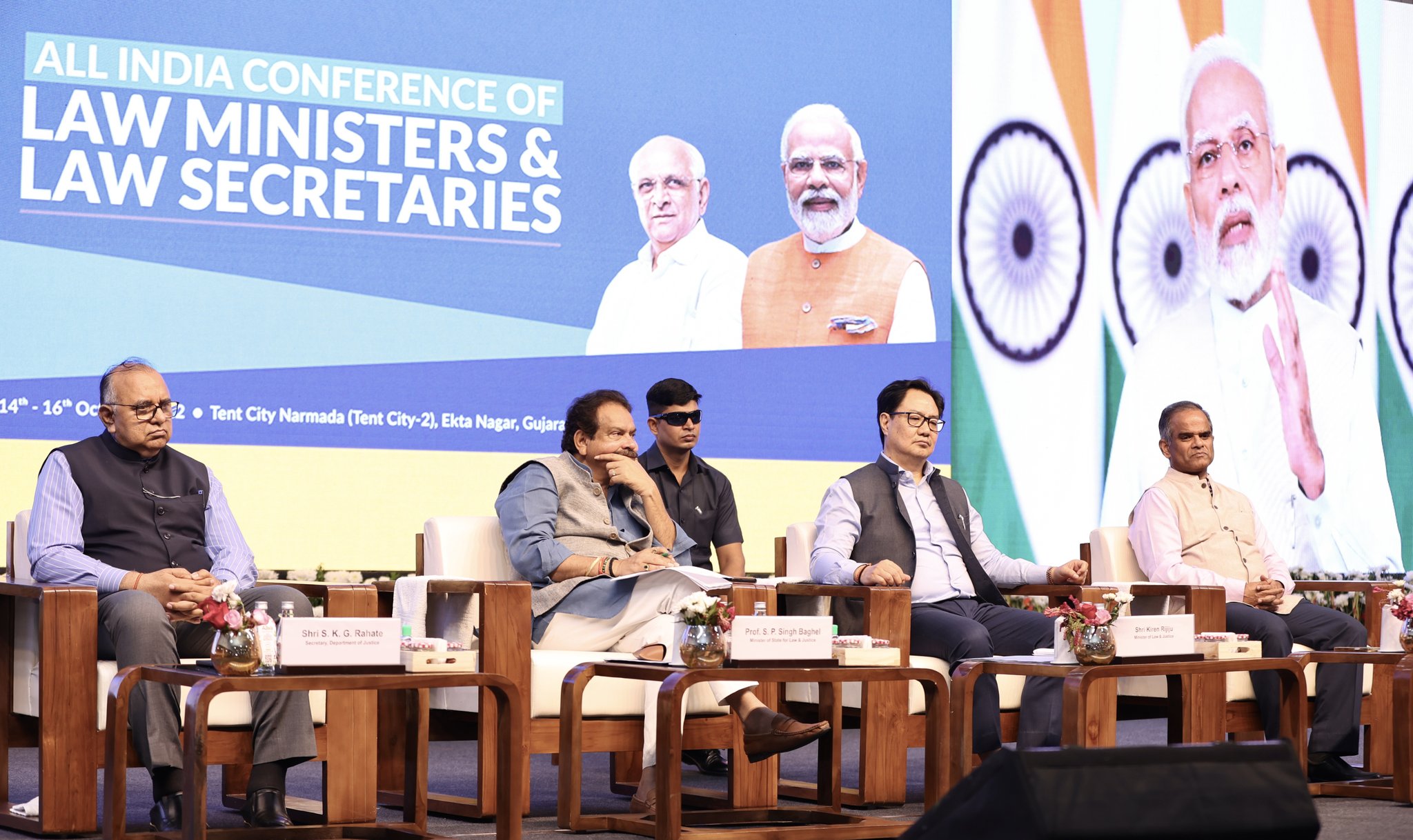 KEVADIA: rime Minister Narendra Modi on Saturday said that delay in getting justice is one of the major challenges faced by the people of the country.

In his video message aired at the inaugural session of the two-day ”All India Conference of Law Ministers and Law Secretaries” at Ekta Nagar in Kevadia near the ‘Statue of Unity, Modi also said that laws should be written in a lucid manner and in regional languages so that the poorest of the poor can understand them.

Hon’ble PM Shri @narendramodi Ji delivered an inspiring address during the inauguration of the Law Ministers and Law Secretaries Conference at beautiful Ekta Nagar, Kevadia in Gujarat near the magnificent tallest statue in the world "Statue of Unity". pic.twitter.com/Ip2L5UC1u7

”Delay in getting justice is one of the major challenges being faced by the people of our country,” Modi said while also giving various suggestions to overcome the issue.

He said the specialty of Indian society is that for thousands of years while walking on the path of development it also carried out internal reforms.

”Our society voluntarily got rid of obsolete laws, bad customs and traditions, as we know that if they become stereotypes they pose a hindrance to progress,” Modi said.

In this article:Ekta Nagar, Gujarat, Kevadia, Statue of Unity