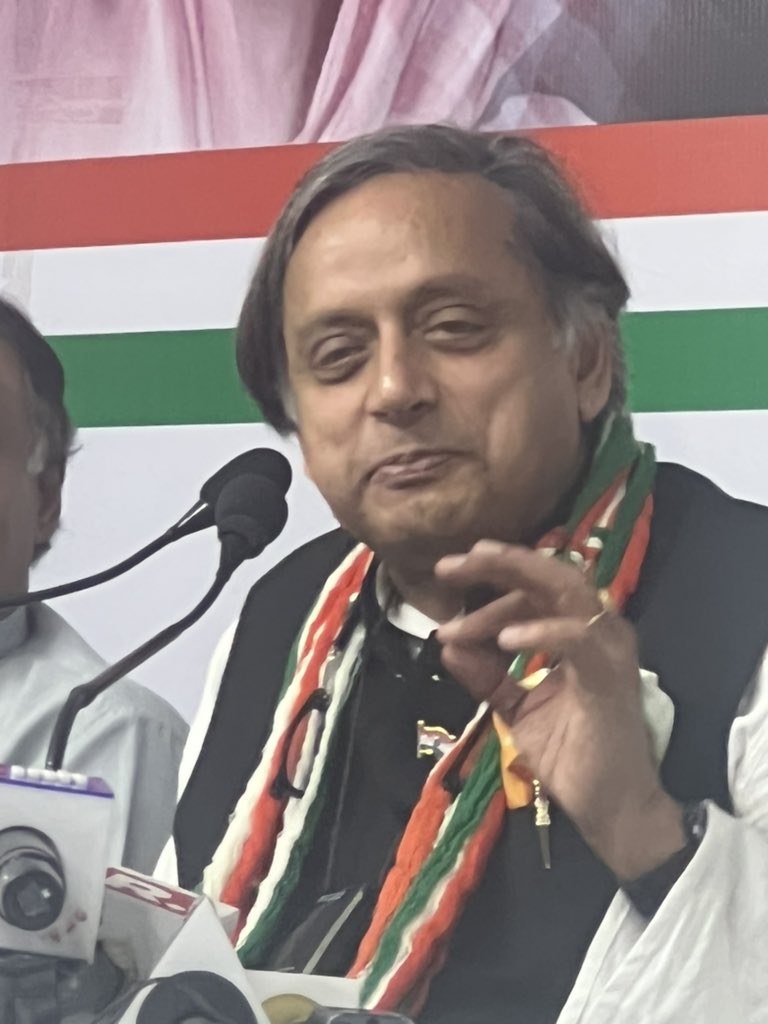 BHOPAL: Lok Sabha MP Shashi Tharoor on Friday said if elected Congress president, he will take everyone along and maintained the Gandhi family can not be kept away from party affairs.

Addressing a press conference here, Tharoor said he was gladdened by the reception he has received from party workers in Madhya Pradesh and admitted he did not get such a welcome in other states which he toured as part of his election campaign for the top party post.

The Thiruvananthapuram MP is pitted against veteran Congressman Mallikarjun Kharge for the polls to the party’s highest post scheduled for October 17. Poll results will be declared on October 19.

The diplomat-turned-politician said he has no enmity with Kharge, adding on the latter’s 80th birthday, he penned a tribute listing achievements of his senior party colleague.

“Even after elections we are going to work together like in the past,” the former Union minister said.

Queried on suggestions that he may start taking unilateral decisions if elected Congress president, Tharoor said he will take everyone along.

No Congress president can keep the Gandhi family away from party affairs, said the 66-year-old three-time MP in response to another query.

The Congress leader said he was happy with the reception he received in Madhya Pradesh after he arrived for seeking support of party delegates.

“I am glad at the reception I received in Madhya Pradesh. MP Congress president Kamal Nath, Leader of the Opposition Govind Singh met me, Tharoor said.

“I did not get such a welcome in other states, he said.

Out of 9,000 Congress delegates who will cast their votes in the October 17 polls to elect the new party president, 502 are from Madhya Pradesh.

Queried about his presence at the press conference, Lakshman Singh told PTI, Tharoor was my junior in St Stephen’s College, Delhi and we are very good friends.”

Asked whether he will vote for his very good friend, Lakshman Singh avoided a direct reply and remarked voting will be through secret ballot.

Two days ago, Kharge was also in Bhopal to drum up support for his candidature and addressed a press conference in the state capital.

However, scenes at the press conferences addressed by Kharge and his poll rival were very different. Both the pressers were held in the Rajiv Gandhi hall of the Madhya Pradesh Congress Committee (MPCC) headquarters here.

While chaos prevailed at Kharge’s press conference on Wednesday, things were orderly when Tharoor spoke to reporters on Friday.

When Kharge arrived for the press meet, the hall was packed with Congress workers with hardly any space left for journalists at the venue.

Despite repeated pleas by Congress spokesman Gourav Vallabh, who was present at Kharge’s conference, to party workers to leave the hall, no one moved out.

However, in contrast the press meet of Tharoor was organised in an orderly manner with a majority of party office-bearers sitting in the hall. A number of women Congress workers were also present at the conference.

I won’t be surprised if Tharoor gets a sizeable number of votes from Madhya Pradesh, a Congress leader said, wishing anonymity.

At his meeting with delegates, the Lok Sabha MP from Kerala assured he will spare a few hours everyday to meet party workers if elected Congress president, he said.