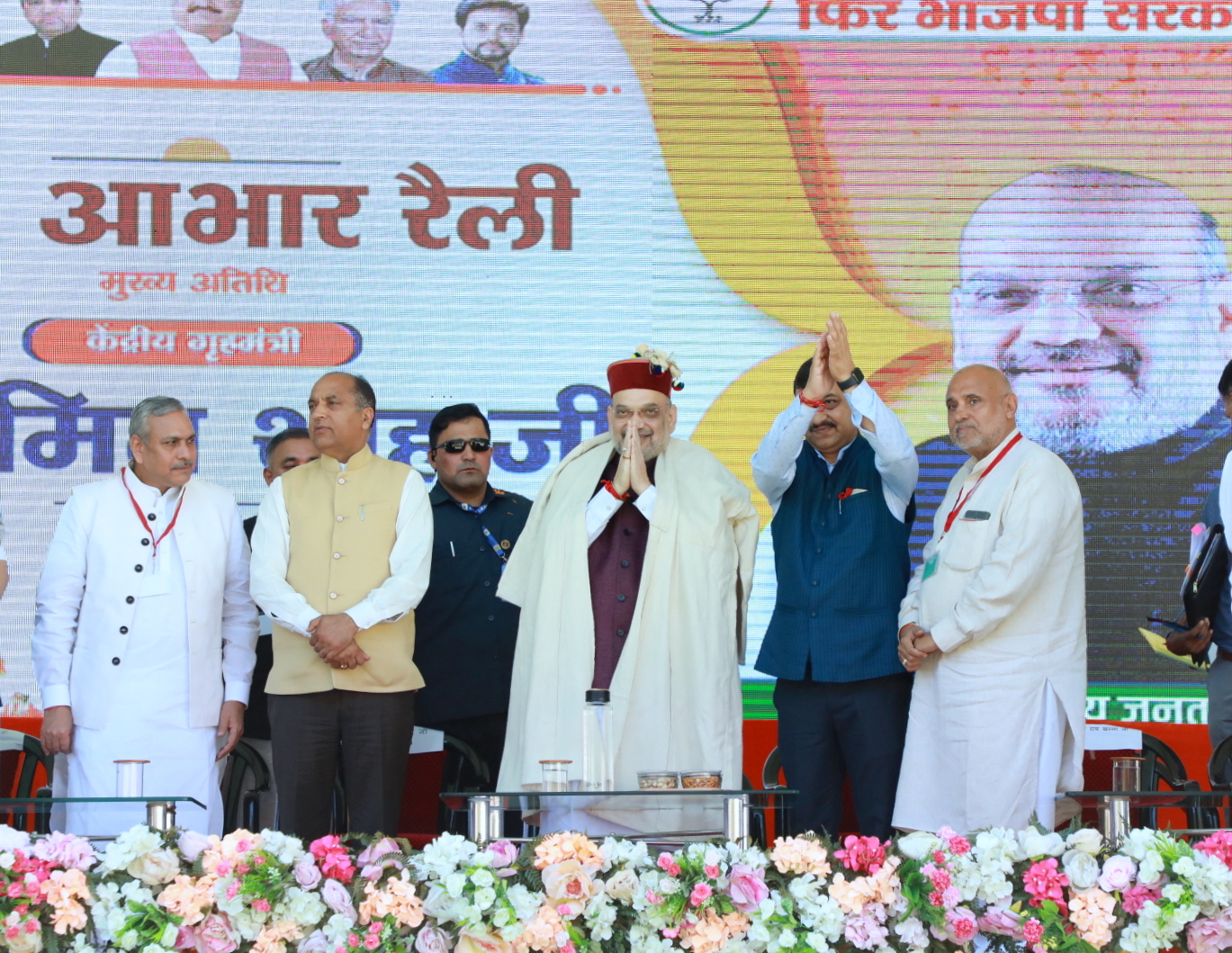 SHIMLA: Referring to the abrogation of Article 370 and the construction of Ram temple in Ayodhya, Union Home Minister Amit Shah on Saturday said the Narendra Modi government made possible what had previously seemed impossible.

Shah was addressing an election rally of the ruling BJP in Himachal Pradesh’s Sirmaur district ahead of the November 12 assembly polls.

He said the Modi government abrogated Article 370 of the Constitution, which accorded special status to Jammu and Kashmir, on August 5, 2019.

“Did you ever think that Article 370 would be abrogated,” he asked the gathering.

“If you talk to Congress leaders and workers about Article 370, they remain mum as its provision was made by Jawaharlal Nehru,” he said.

Prime Minister Modi started the construction of a grand Ram temple in Ayodhya, he said.

“Be it construction of Ram Mandir or abrogation of Article 370, the Modi government made possible what had earlier seemed impossible,” Shah said.

He said the prime minister has ended ‘parivarvad’ in politics.

The days of king and queen are gone and Prime Minister Modi changed the name of Rajpath in Delhi to Kartavya Path and installed a grand statue of Subhas Chandra Bose there, Shah said.

He also reminded the gathering about the surgical strike carried out by the armed forces in response to terrorist attack.

He said the Modi government has brought the Indian economy to the fifth position in the world from number 11 in just eight years.

Prime Minister Modi ended 55 years’ struggle of the people of Girpar area by providing tribal status to the Hatti community, which will benefit 1.60 lakh people, he said.

The Hatti community will now get the benefit of reservation after getting the tribal status for which Himachal Pradesh Chief Minister Jai Ram Thakur had pressed the Centre strongly, he said.

But the Congress started instigating the Dalit community that their rights of reservation would be depleted after providing tribal status to the Hatti community.

Shah said he wanted to make it clear that Dalits of the area would keep on getting as much reservation as they were getting earlier.

“It’s time for the people of Himachal Pradesh to change the trend of voting parties to power alternately in every elections as the people of Uttarakhand had recently done,” he said.

Shah listed the achievements of the BJP governments at the Centre and in the state and urged the voters to reelect the BJP in the November 12 assembly polls.