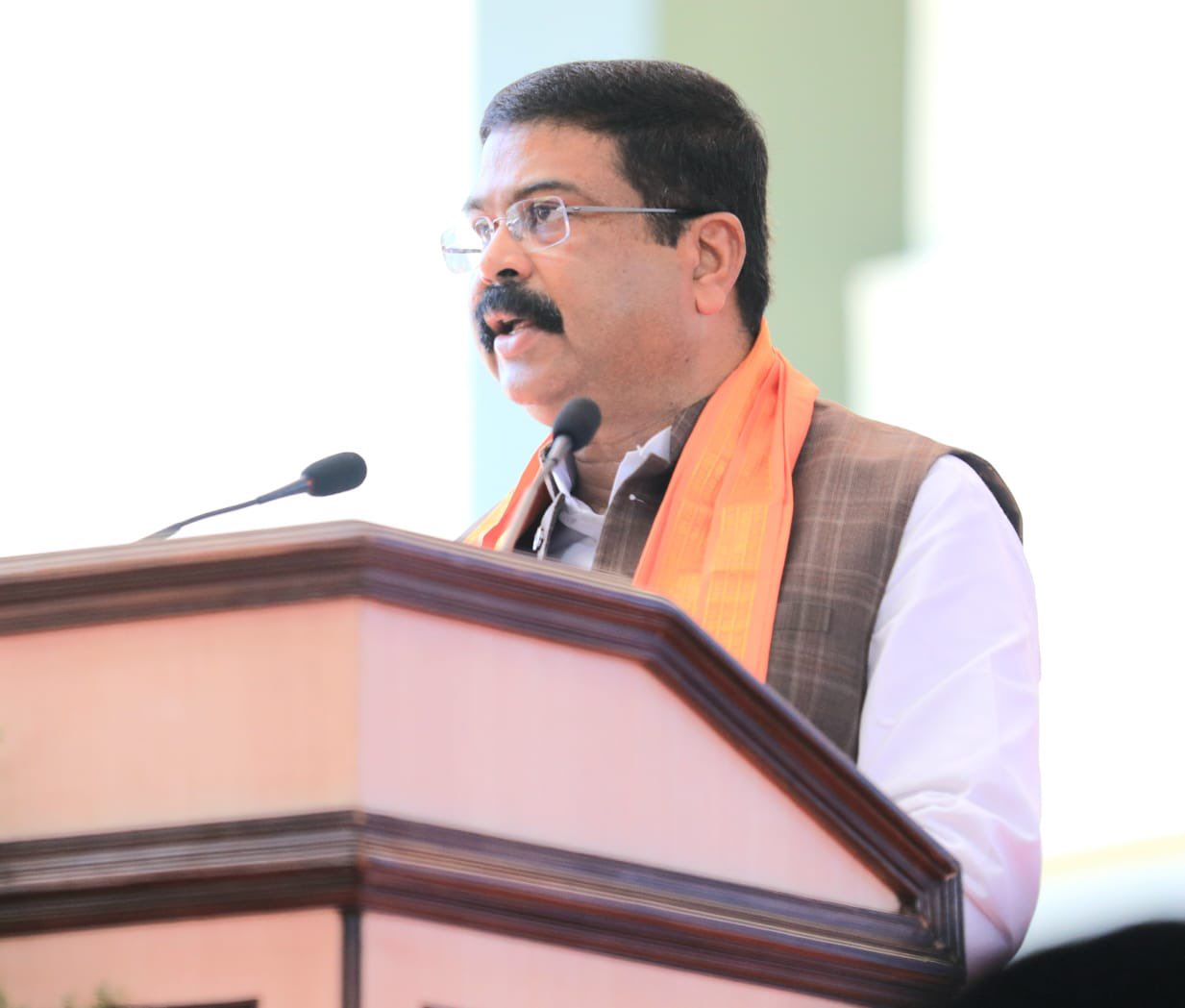 Glad to see @surathkal_nitk’s focus on sustainability. Got a glimpse of the e-bikes designed by NITK students.

Alumni and students of @surathkal_nitk family have also set up a solar powered charging station for promoting green mobility and making the campus carbon neutral. pic.twitter.com/yjagMltwMN

MANGALURU: The new national educational policy (NEP) is the philosophical document of the 21st century that aims to assimilate ancient with the modern, said Union Minister for Education and Skill Development Dharmendra Pradhan on Saturday.

Addressing the 20th convocation of the National Institute of Technology Karnataka (NITK) here, he said the Union government aims to place the nation among the developed nations by 2047 when the country celebrates 100 years of Independence from British rule.

He said the country would play a key role in future development of humanity and restore its glory as the Vishwa Guru.’

Congratulate all graduands who have received medals and awards today.

With over 26,000 alumni worldwide, @surathkal_nitk, one of India’s top-ranked engineering college has demonstrated academic excellence since the last six decades. pic.twitter.com/cKpZpgRxGu

He wanted the NITK to create a full-fledged sustainable Energy Department to turn the technology institute into a leading lighthouse in energy transition of the country within a decade.

Swami Vivekananda said— “Education is not the amount of information that is put into your brain and runs riot there, undigested, all your life. We must have life-building, man-making, character-making assimilation of ideas.”

This should be the aim of our education. pic.twitter.com/49HWghPie0

The Minister said the country’s focus in future should be on key areas like artificial intelligence, machine-learning, data analytics, electronics, genome-editing and 3D printing.

NEP 2020 resonates with the teachings and vision of thought leaders like Swami Vivekananda.

NEP is an attempt to assimilate the ancient with the modern to strive to produce well-rounded citizens of the world. pic.twitter.com/fs0y42BtdA

Pradhan inaugurated a new building of the central research facility (CRF) and the school of interdisciplinary studies on the NITK campus.

Earlier today, I visited a pilot project for the extraction of biogas at @surathkal_nitk.

I have suggested NITK to establish a full fledged sustainable energy department. In the times ahead, Surathkal will drive our green goals and emerge as a lighthouse of energy transition. pic.twitter.com/WxjNMiqLAF

Speaking on the occasion, he said institutions like NITK are vital to acquire ability to face global challenges.

Karnataka is the land of Krishnadevaraya and Sir M Visvesvaraya. It is blessed with rich engineering, architectural and cultural legacy.

Students of @surathkal_nitk have made their mark globally. Now they also have to aim to transform into job-creators. pic.twitter.com/GR6OQ1lCJS

The Minister said IITs in the country have earned acclaim at the international level for quality education and expressed the hope that the country would be able to open IITs abroad within the next two years.

Visited the bio-waste recycling plant at the @surathkal_nitk campus. The plant will convert campus waste into biogas. Glad that NITK Surathkal is contributing to the national efforts of promoting #WasteToWealth and a circular economy. pic.twitter.com/UxdMN3BZ96