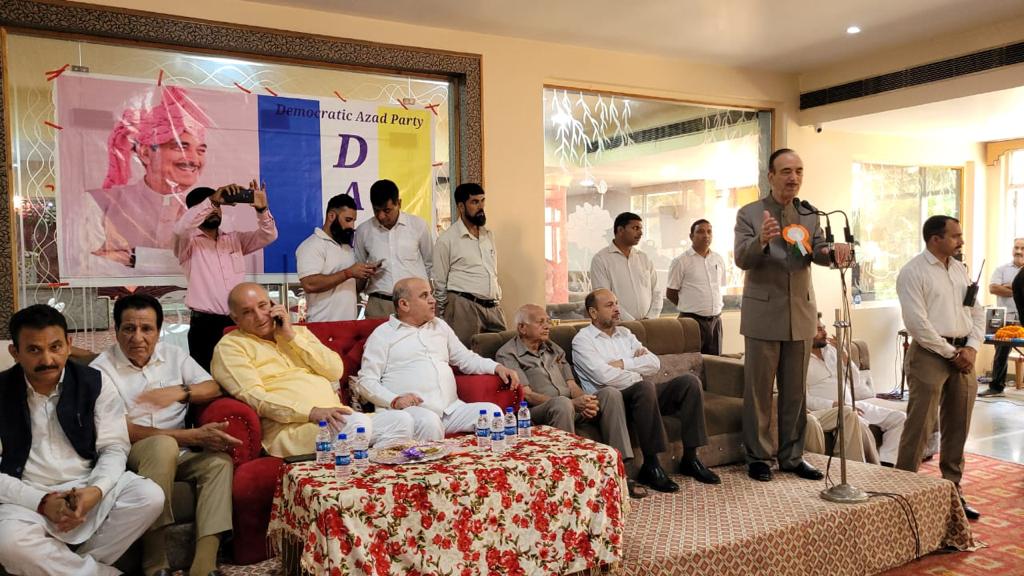 KATHUA/JAMMU: Stressing the need for restoration of statehood to Jammu and Kashmir before the holding of assembly elections, Democratic Azad Party (DAP) chairperson Ghulam Nabi Azad on Sunday urged his party activists to launch a mass contact programme to mobilise public support for the party.

The former chief minister said his party is committed to strengthening communal harmony and social fabric.

Thankful to all the delegates, founder members & other leaders for their warm affection & support. pic.twitter.com/qA0WVR8DES

“Restoration of statehood, protection of land and jobs for natives and the return and rehabilitation of migrant Kashmiri Pandits is the core agenda of our party,” he said addressing DAP workers in Kathua.

He said people across Jammu are worried over the delay in restoration of statehood to Jammu and Kashmir.

“The BJP government must not procrastinate on the matter (of restoration of statehood). We need it back before the holding of assembly elections so that our own people can run the administration,” Azad said.

He said the DAP is committed to assuage the urges and aspirations of every segment of the society in all the regions and sub-regions.

“The cadre must reach out to the people and help them get solutions to their problems. We will try to work out a strong front to provide good governance to the people,” Azad said.

He said the economy of Jammu and Kashmir is at the brink of collapse. “There is no sector — be it tourism, horticulture, transport, or trade — that has not suffered losses in the past two years,” he said, adding that thousands of unemployed educated youth are waiting for job openings.

“The situation has become much worse as the industrial sector, which is supposed to absorb the unemployed youths, continues to struggle,” he said.

In this article:Assembly polls, Ghulam Nabi Azad, Jammu and Kashmir